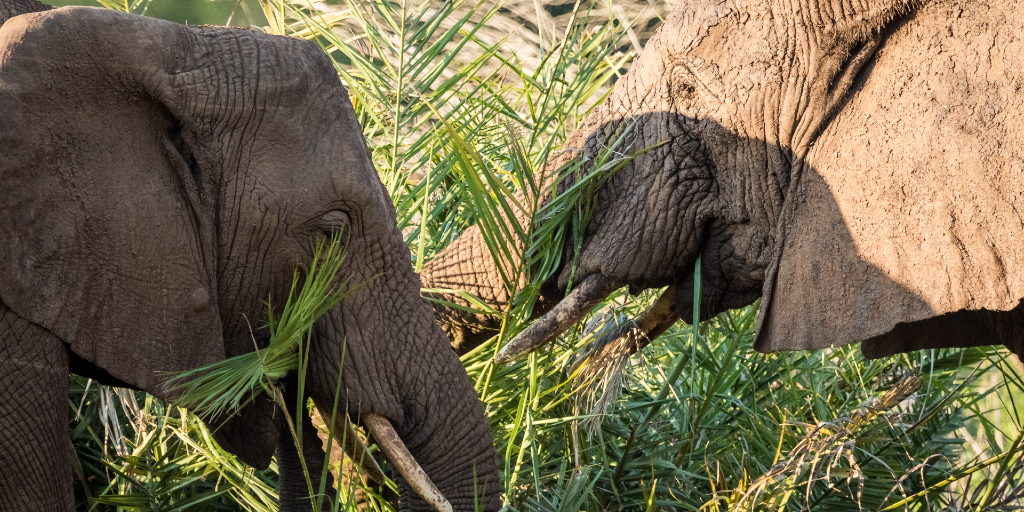 What is overgrazing and why does it have a global impact?

When we try to understand what’s fuelling climate change, answering the question “What is overgrazing?” and getting to grips with its global impact is key.

Why does overgrazing matter so much? Well, more than 20% of the world’s land surface area is used for grazing, and overgrazing is currently one of the leading causes of climate change.

Let’s sift through the soil to uncover the answers to the question, “What is overgrazing and why does it matter?” And, let’s take a look at how overgrazing isn’t just a concern for farmers, but for conservationists and game rangers too. Domesticated animals, like cows, sheep and goats, eat wild vegetation growing in the areas where they are kept. This is called grazing, and is managed by people who own or oversee livestock, like farmers and shepherds.

So, what is overgrazing? The United Nations (UN) describes it as “the practice of grazing too many livestock for too long a period on land [that is] unable to recover its vegetation”.

So, while it may seem simple to put your cows in a pasture and watch them eat, if grazing isn’t well managed, vegetation like grasses, bushes and trees can be negatively affected.

And, if overgrazing continues in an area for a long period of time, the vegetation that usually grows there may even disappear completely in the future.

So, in an era where livestock is managed by human beings, why has overgrazing become a concern?

Well, it has to do with changes in society over time and how our current lifestyles affect global ecosystems.

Why is overgrazing a concern today? People have been domesticating and caring for animals for more than 10,000 years. This means that we have a wealth of historical information on how to raise and manage grazing animals.

So, why has overgrazed land only become a concern in the last few decades?

Well, as people started transitioning from being nomadic to settling in villages, they began to change their surroundings in a big way.

For livestock, this meant staying in the same area instead of travelling across large distances. It also meant that animals would now rely on one piece of land for a much longer period of time.

And, with people staying put in one place, it became easier to breed cattle and increase the number of cows, sheep or goats that a farmer owned.

So, not only did the vegetation need to support grazing for longer periods of time, but it also had to serve up sustenance for more and more animals each year.

This was the start of a sequence of events that led us to ask the question, “What is overgrazing and why is it happening?”

Let’s dig a little deeper to find out more about the effects of overgrazing.

What are the main causes of overgrazing? Picture a piece of fertile land, lush with greenery and sprawled across the earth with no visible end in sight. You could have the image of a rainforest, the savannah, or even a farm in mind.

All of these environments are influenced by three key things: people, animals, and the climate.

Understanding overgrazing causes comes down to getting to grips with how these three factors influence the amount of vegetation growing in an area over time. One example of this is the African plains, where the grazing of wild animals is usually well-managed by Mother Nature.

But, where these areas are fenced in, the environment needs to be managed by conservationists and rangers to maintain a balanced ecosystem.

In both of these areas, people are known to poach predatory animals, like big cats, to trade their teeth and claws. This leads to a drop in the number of predators in the area.

With fewer predators around, populations of grazing animals, like antelopes and zebras, can become so big that they have a negative impact on the environment. This is because large numbers of grazing animals eat the vegetation faster than it can regrow.

This cause of overgrazing is the result of human activity and has an impact on animal populations and their environments. And this is a major concern when managing fenced off reserves, as a conservationist or game ranger.

What are the biggest overgrazing effects? Without solutions for the effects of overgrazing, fertile land eventually becomes desert terrain.

Desertification is when land is degraded to the point where the soil loses its ability to support the growth of plants.

Because plants absorb carbon dioxide to survive, less plants means that more carbon dioxide gets trapped in the atmosphere. This is how desertification adds to global warming.

So, what effect does overgrazing have on topsoil? And, how exactly does too much grazing turn fertile land into desert? Let’s take a closer look.

How can overgrazing lead to soil erosion and desertification? Before causing plants to stop growing, overgrazing changes the quality of the soil first.

Overgrazed land has significantly less ground cover – low-growing plants that are anchored in the soil. This overexposes the soil that houses the nutrients and traps the water that plants need to grow. The soil is overexposed to erosion by wind, water, and the movement of animals and people in the area.

And that is the answer to the question, “What effect does overgrazing have on topsoil?”

Topsoil is the layer of soil that is most affected by overgrazing. And, because topsoil is also the most important part of the soil, when it comes to growing crops and producing food, it’s an important part of people’s food supply too.

It can take years for overgrazing to result in desertification, but overgrazed land has a big impact on plants, people, and animals as soon as the first plants start to disappear from the soil. Why is this?

Well, fewer plants means less food for animals and people, as well as more air pollution – since plants play a role in purifying the air. So, having fewer plants affects the well-being of all life on Earth.

Overgrazing has the biggest impact on arid, semi-arid, and dry sub-humid regions of the world, where there is less vegetation to begin with. In these areas, an increase in climate temperature and water scarcity also speeds up the process of fertile ground becoming desert terrain.

Without solutions to overgrazing, desertification will continue, and may spread more rapidly as livestock move from degraded land to the next fertile patch of soil. Wondering how to prevent overgrazing? Well, there are some meaningful ways to make a contribution. Let’s find out how you can get involved.

How can you help to find solutions to overgrazing?

Overgrazed land seems to be the world’s biggest catch-22. Yes, we need more livestock to supply the growing human population with food. But, over the last few decades, this increase in the number of livestock has added to overgrazing, desertification, and the reduction of land available for producing food.

And, with so many wild animals now located in fenced-in reserves, how we manage land affects more than just our food supplies – it impacts creatures at every level of the food chain.

With 95% of global food production coming from crops that need fertile topsoil to grow, how will we meet the world’s food demands as the Earth’s fertile land mass shrinks every year? One way is to get serious about finding overgrazing solutions that speak to the world’s biggest challenges, like farming management. Through poor grazing management, the day-to-day feeding routine of animals has become one of the biggest contributors to overgrazed land worldwide.

And, since it’s impractical to set dietary restrictions on animals, it would be easier to address human activities, like farming management. But, livestock owners aren’t the only ones who can get in on the action.

Nature conservationists and game rangers are responsible for protecting and managing natural environments like grasslands, farmlands and forested areas. They can also get involved in creating solutions around threats to conservation and give advice to farmers on how to manage their livestock and farms.

So, by getting involved in work that builds on awareness around overgrazing, you’ll be part of the movement to promote worldwide contributions to reducing the effects of overgrazing.

An even bigger impact could be made if more and more people around the world start addressing overgrazing, desertification, and even climate change.

Sign up for Bushwise Field Guide’s Nature Enthusiast FGASA online course and be part of the work done to conserve natural environments.