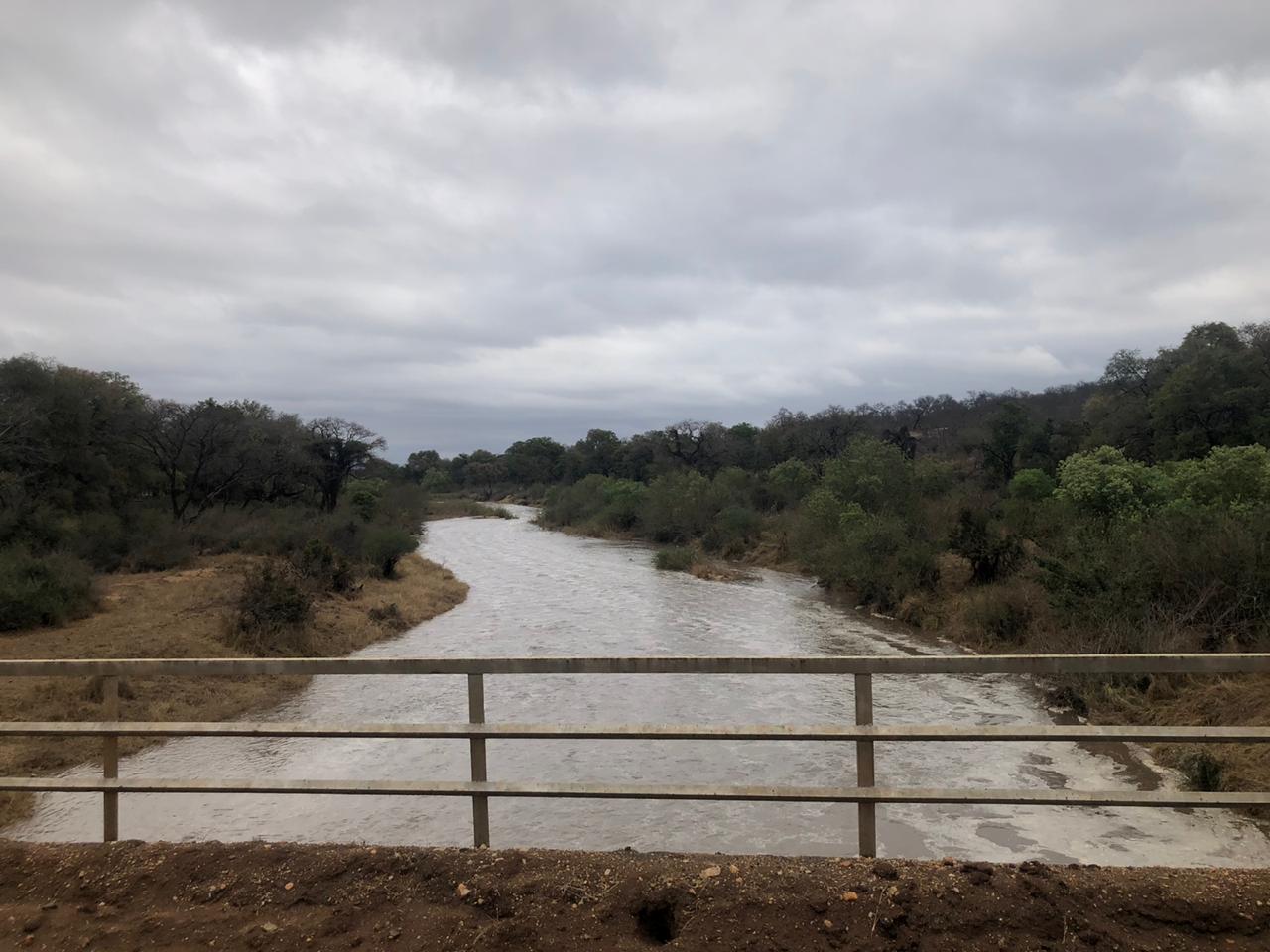 Then the rains came

The dust of the dry winter had settled on the cars parked on campus. This prompted me to wash my car……. and then…… the rains came. What if I had washed my car a few weeks earlier? The overcast sky and rain stayed with us for five days. A river that has been dry since we started the course in July, now flowed strongly for 4 days.

Nature and has its ways, beauty and many languages. Yes, languages, in the plural. Since our course started in July this year, we have been experiencing nature in various forms. Our theoretical studies introduced us to many aspects of nature BUT the practical lessons learned while on our game drives and bush walks put another dimension to the theory. The languages I have experienced recently have been with us since the dawn of life on earth. Bird songs, frog calls, the roar of a lion, and jackal shouting. A fascinating aspect of these languages was revealed to us last week when our Track and Sign course began. We were introduced to Colin Patrick by Trevor Myburgh. Trevor spoke about some of Colin’s achievements and abilities and warned us to pay careful attention, as an opportunity such as we now have does not come along very often. Very prophetic words. After a brief lesson between four walls, we were taken to the classroom of life. The question “why is that a Kudu track? and answer BECAUSE IT IS A KUDU TRACK” comes to mind. This was Colin’s way of telling us that if you look at all the “evidence” you will see that it was the kudu that had walked there. That certainly was not the end of the story of track and sign. Being shown where a lioness sat on her haunches, the outline of her tail, hock and paws in the sand, the tracks of a nightjar (a magnifying glass would have helped a bit here), the signs of an Aardvark resting near its recent digging, the hoof tracks of a wildebeest walking along and being able to tell that it was looking in a specific direction. The wanderings of a Black Rhino and its signs were all part of the teaching. (It was during one such lesson that I discovered a hybrid subspecies of a Grey Duiker and a Steenbok. It proved quite difficult to convince the experts even though I saw these tracks over several days) I now understand that the spoken word that humankind uses is but one language, and that nature has given us so many more.

Camp life carried on as usual with no extraordinary events being reported to me. The hot water urn remains a challenge and we should be able to master the temperature control knob soon.

ARH stands for Advanced Rifle Handling aka build your muscle memory. It was an exciting practical and the times that were recorded during the exercises were amazing. It was humbling to be beaten by my wife on the 12m shooting range during the accredited assessment in Tzaneen. The drives to practice all our acquired guiding skills have begun in earnest and it is so much easier when someone else was guiding. To speak and look out for anything of interest while attempting to control a 6m long 3,5-ton beast on four wheels takes some skill. All this while trying to keep the guests from bouncing around the passenger compartment.

Our trainers as always, have been there for us, to guide us and correct us and to lean on when we encounter some slippery slopes on our paths. We now know how much we still have to learn to get to their level of experience.

This blog was written by Siphiwe Khoza, Bushwise Professional Field Guide student. Siphiwe is one of ...
Being a Field Guide does not have to be one dimensional, in fact there are various ...
Researchers and guides are very often completely different creatures! The guide is an entertainer, a socialite, ...