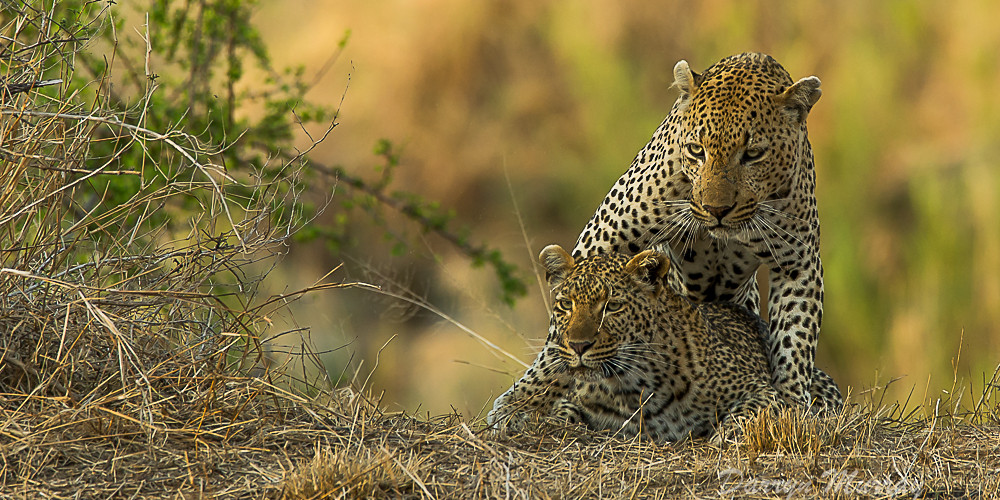 Safari in Africa: sightings that last a lifetime

This blog was written by Darryn, one of the Bushwise trainers. Here, Darryn reflects on his incredible experiences working in the bush, including two unforgettable memories on safari.

Since I started my guiding career 11 years ago, I have heard guests make remarks such as, “You have the greatest job in the world” and “Your office is SO much better than sitting behind a desk in New York, London, Dubai etc.” But one of my personal favourites has always been, “You are so lucky, you get paid in sunrises and sunsets, in the greatest place on Earth on a daily basis.”

The last quote has stuck with me because I don’t believe field guides appreciate often enough how fortunate they are to be where they are. Yes, yes, I know what you’re thinking: we get up so early, we go to bed so late, we work in places where the temperature regularly reaches well over 40 degrees Celsius. However, these are small prices to pay for the things we get to see. I often refer to what I do as more than a passion, but rather a paid long-term holiday. What do I mean? My explanation goes something along the lines of this…

Most of the people we see at the lodges and camps are only able to come and experience this once – whether due to financial constraints (because let’s face it, it’s not a cheap holiday) or it being a “keeping up with the Joneses” experience where the fear of missing out was just too great. There are some guests that return, either to the same lodge or try various different lodges. These are the ones that were bitten by “the Safari Bug.”

Yes, that’s a real thing, and no, I don’t mean a mosquito or other insects that we get here during the hot and rainy summer months – but rather the urge to keep coming back over and over again. These are often the lucky ones that get to experience some of the greatest sightings they (and sometimes even the safari guide) have ever seen.

I will share two brief accounts of such sightings that sit very fondly in my memory.

The first happened several years ago when I was guiding in Kruger National Park. I was allocated a couple who I was told had been on safari SEVERAL times all over Africa! Upon arrival, they began regaling me with tales of their safari experiences in Botswana, Kenya, Tanzania and quite a few other places, impressively. The only item left on their bucket list was spotting the ever elusive leopard – 35 years of going on safaris and that was the one thing that had eluded them.

We set off with the hope of finding a young female leopard that we had seen earlier in the morning – we struck out! We followed tracks for a male, to no avail! By the second afternoon I could see the guests were beginning to get rather antsy. It was at this point my tracker looked back at me and uttered the words they had been waiting so long to hear: “There is the leopard, in the river bed.” We were the only car there for the first 20 minutes and they took hundreds, if not thousands, of pictures, videos and selfies with the cat, now sitting a little more than 30 metres away from the car. They were both so excited. But then something happened that I had, up until then, only seen on TV.

A male leopard walked out from the river bed out of our field of view and came to lie down next to her. We now had two!

That was when it happened: the female was ready to mate. The mating happened right before our eyes and nobody said a word! I don’t think we spoke for a good ten minutes afterwards either, it was just cameras clicking wildly.

That was their first sighting (mine too) of mating leopards. We drove away, stopped to have sundowners, and I still don’t think anybody had said a word. When we were able to speak again, everyone was talking at a thousand miles an hour about how amazing the sighting was.

This is an image I took and sent to the guests, which they framed and put up on the wall at home in the UK for all their friends to see. The second event happened only a few weeks ago. We are very fortunate at The Southern African Wildlife Collage as we share an area with the famous Birmingham Pride of lions.

We had the whole pride lying next to a waterhole and the vehicle was abuzz with camera clicks, excited laughter, chatter and giggles, but one student caught my eye – she had tears rolling down her cheeks. When I asked if she was OK, she looked up, smiled, and said that this was the greatest day of her life. She had heard of the white lions of the Birmingham Pride but didn’t in her wildest dreams think she would be fortunate enough to see them in person. And here they were, not 15 metres away! It’s moments like these that make the early mornings and sweltering hot days on safari worth it – the look on a guest’s face when they see what they have travelled halfway around the world for is absolutely priceless. Don’t get me wrong – the sunsets are pretty cool too, but there is nothing quite like a tear of joy and excitement.

Do you want to start making memories that last a lifetime, the way Darryn has? Apply today and pretty soon the bush could be your office!

BY: Karl Lewinsky, Bushwise student 2020 Our week began by being divided into two groups,  track and ...
This week started off with a bang, quite literally! The Bushwise students have been split into ...
What is considered as the Main Objectives of conservation? To Conserve essential ecological processes and life ...