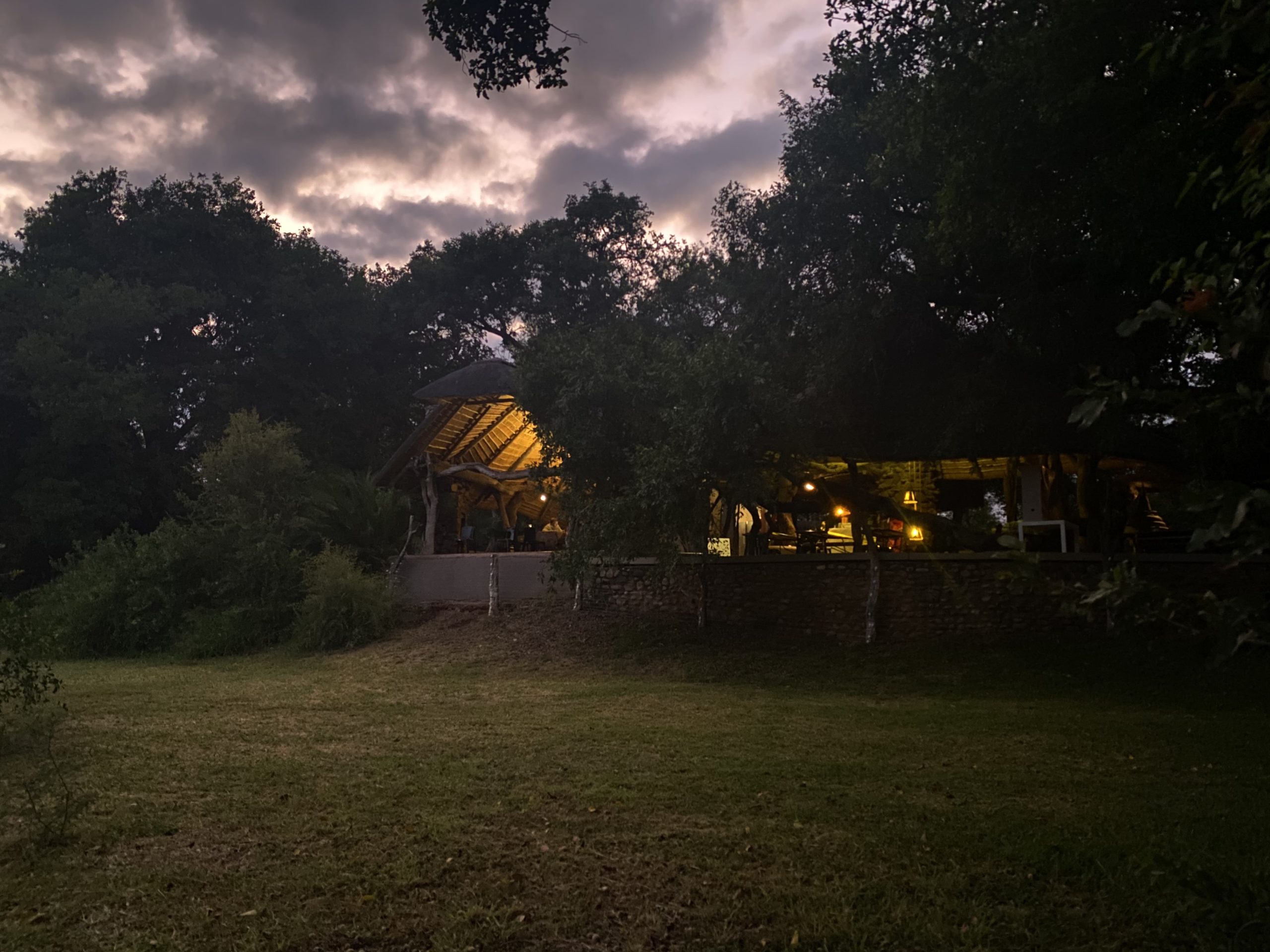 Having just finished a long, arduous but very rewarding week with Colin Patrick, doing track and sign everyone in the group did well in acquiring a Track & Sign level. The week began with the international students (Ank, Chloe, Alex, and Sophie) departing for Hoedspruit to do their learner’s license test in order to acquire a South African driver’s license and PDP. Whilst they were away on their town trip the rest of us (Matthew, Benno, Zander and myself) remained behind and helped with some lodge work in terms of preparing one of the guest rooms for a visitor that evening. This afforded us a taste of what it will be like for us in the future in terms of what is going to be required of us beyond the realms of filed guiding and more into lodge work and hospitality. Monday as a whole proved to be a great “somewhat relaxed” start to the week knowing what was to be forthcoming with us tackling the subject of rifles.

04:30 am and the FIRST alarm sounds, the start of the week has begun. After a brief cup of coffee and a dash of cereal we departed for the long trip to Tzaneen to complete a course through Letaba Tactical Firearm Training.tThis would span over both the Tuesday and Wednesday in order to complete the necessary theory tests and physical assessments to be deemed competent to acquire the licenses needed for a guide to carry a rifle on bush walks. Very tired and using the motivation of this being the last week before our second leave cycle we soldiered on to Tzaneen. Upon arriving we met Jan, from Letaba Tactical Firearm Training who would be looking after us and guiding us through the next two days. What a character he was! A laugh a minute kinda guy and we all kicked off amazingly with an instant dose of much-needed energy. Orders were made for vetkoek and mince for lunch the first day, for most of the foreign students it was their first experience, it went down a treat! Over these two days, we did the summative assessments (tests) and a physical competency test of which we had to fire 10 rounds of both a .22 and 223 rifle into a piece of paper twelve meters away. It was broken up into theory on Tuesday and Shooting on Wednesday.

Wednesday arrived and after another early morning and long voyage to Tzaneen, the “action” was about to get underway with most of us firing a firearm for our first time. We went into the range one by one with all of us being deemed competent, the competitive nature took over and we had a friendly competition for the best grouping which much to my shock I actually won. Following that we made our way back knowing we would be one step closer to the next off week.

Thursday arrived and it was feedback day, which afforded us a bit of a “lie-in” in comparison to the last two days. Basically, feedback sessions are held at the end of each semester and a great way to see how you are doing as a student and for you to give feedback. The feedback sessions all went well and we then broke for lunch and had some time off (which is always welcomed by the students) before the rifle lecture, During the rifle lecture hosted by Jack, we furthered our knowledge about rifle handling and were presented with the chance to actually handle and get used to the loading processes with dummy rounds. Everyone enjoyed this and started the quest to build muscle memory with handling rifles.

Friday arrived and one step closer to that leave week. A fun activity was planned for us in the morning to see where we stand with birds and botany in the form of a bird call and a bird slide test as well as a botany observation test around campus. It was really great to get a grip on just how much our knowledge has grown in the weeks being here. Everyone did fantastically well. The rest of the afternoon was spent relaxing and planning ahead for the week off and reflecting on what has passed this semester. When I personally look back at the semester I am filled with a sense of fulfillment and happiness at both what I have learned and the furthering bonds of what is now my new family.

BY: Tasneem Johnson-Dollie Water buffaloes and humans have a shared history spanning more than 50 centuries. ...
This last week we were treated to an amazing opportunity to visit a raptor rehabilitation centre ...
It is a very daunting task that lies ahead of everyone at Bushwise. Nonetheless, it is ...