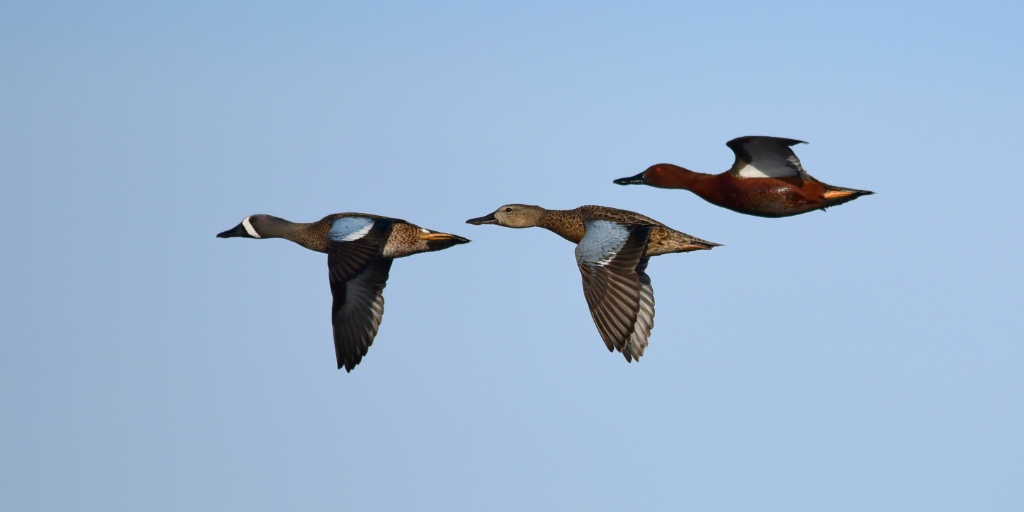 More about migratory birds and why they matter

When the cold creeps up on you, you can reach for another blanket or sip on something warm. But migratory birds have a different way of dealing with the cold that’s worth knowing more about as a field guide.

The colours and calls of migratory birds, as well as their migration displays in the sky, have made bird migration a well-known phenomenon that gives us a glimpse into the workings of mother nature.

Let’s find out more about bird migration and how keeping our eye on migratory birds is an important part of wildlife conservation today.

Why do birds migrate? Migration is the seasonal movement of animals from one region to another, and it’s not just for fun. With the change in weather, animals move from colder areas – where resources become less – to warmer regions with an abundance of food and shelter.

But how do migratory birds know when to take off? Well, the jury is still out on this one. Although it’s believed that migratory birds are quick to pick up on the changes in day length and temperatures, we still don’t know what exactly signals birds to fly south for winter.

What we do know, is that around half of the world’s bird species migrate, which is an incredible amount when we consider that migration can be really risky. Travelling long distances takes a lot of effort and migratory birds can’t always be sure that they’ll be able to replenish their supplies once they reach their destination.

Right now, many migratory birds have already left their wintering areas – the areas in the Southern Hemisphere that they travel to, to avoid the cold winters in the Northern Hemisphere – and are settling in to breed back home. Let’s find out more about these sky-studding travellers.

The different types of migratory birds The reward of migration often trumps the effort that it takes, and this is why a whole host of different bird species take to the migration flyways – flight paths used by birds during migration – each year.

Different types of migratory birds are built differently – for example, the arctic tern has a sleek and compact form when compared to the lanky figure of the flamingo. Depending on their build, each species of migratory bird will follow a different migration flyway that suits them. Some flight paths follow the land to allow for frequent stops while others are mostly over water.

But how do they know where they’re going?

How do birds navigate during bird migration? The different types of migratory birds follow the same migration flyways every year. The eight major migratory bird flyways are the:

Many of these migratory flyways are thousands of kilometres long. With so much distance to cover, how do birds navigate without GPS?

Well, these winged travellers have their own built-in bird navigation system that doesn’t run out of power.

According to scientists, it’s made up of a combination of specialised cells in birds’ eyes – that may help them to see magnetic fields – and magnetised spots on their beaks – that act as a built-in compass.

This is one way that migratory birds are kept from going off course – even in the type of weather that would ground an aeroplane. But there are also many other proposed mechanisms involved in bird navigation – like the use of olfactory mapping and magnetic inner ears.

Whatever the mechanism, bird navigation allows migratory birds to take on a monumental trip twice a year that allows millions of birds to survive and thrive. But bird migration has another important job, and that’s contributing towards our understanding of global wildlife conservation.

What does bird migration have to do with global wildlife conservation? The spectacular sky-displays seen during bird migration season are still commonplace all over the world. But for those with a keen eye on bird conservation, something seems to be amiss.

On closer observation, we’re seeing fewer birds each year, and in some cases, whole species of migratory birds are missing from migration flyways.

Since migratory birds are able to travel across continents and inhabit a wide variety of environments – from waterlogged swamps to ever-shifting desert terrains – their disappearance has a significant and far-reaching effect on global ecosystems.

Getting involved in the field of bird conservation

There are migratory bird conservation efforts focused on protecting important migration flyways, as well as the places where migratory birds come to settle at the end of their bi-annual journey.

Bushwise Field Guides offers award-winning courses in nature conservation where you’ll learn the theory and gain the practical experience you need to get involved in the conservation of migratory birds.

Unable to travel, but still want to kick start your career in conservation? With our Nature Enthusiast FGASA Online Course you can.  Attend live lectures and masterclasses from industry experts while you complete various theory-based FGASA modules – the first step towards becoming a qualified field guide!

The beginning of each new Bushwise course fills the Lowveld air with anticipation and excitement. Not ...
BY: Tasneem Johnson-Dollie With the overdevelopment of natural spaces and plant extinction coined as key local contributors ...
Featured photo by Sophie Pyper BY: Edward Smith Between the one hundred millimeters of rain and ...