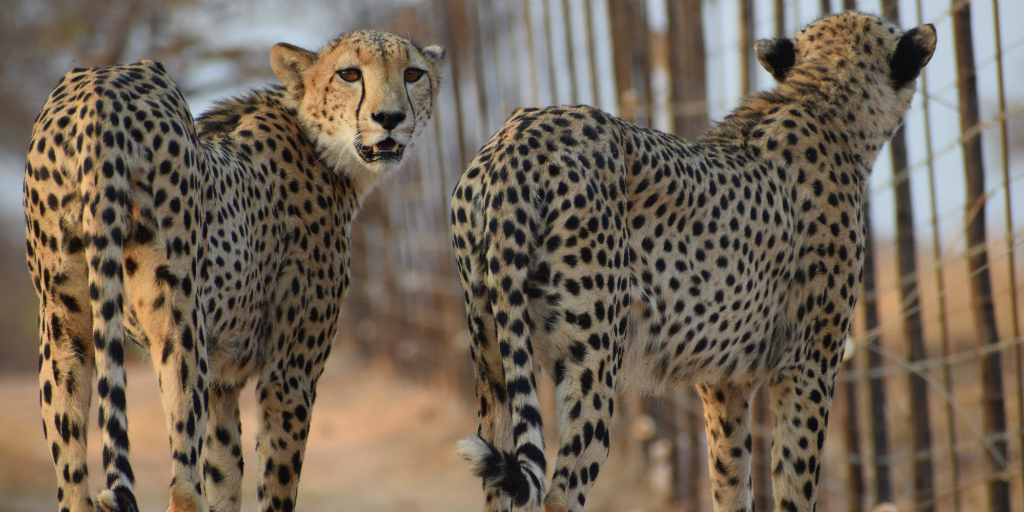 How to celebrate International Cheetah Day: learn all about cheetahs

International Cheetah Day has claimed its spot on 4 December, but what can you do that will add to cheetah conservation all year round? Why not learn all about cheetahs?

There’s no excuse for us to lounge around waiting for cheetahs to conserve themselves, but what is it that stops even the most passionate cat lover from leaping into action? Not knowing enough about the cheetah is something that can hit pause on anyone’s conservation pursuits, even if they’ve already made a start.

What to do? Well, since we’ve just celebrated International Cheetah Day, why not just learn all about these wild cats so that you can hit the ground running? Easier said than done you say? Well, not necessarily. Take a look at these top cheetah facts that will start you off on solid ground. If you’re wondering “What is a cheetah really?”, “What’s the difference between a cheetah and a leopard?” or “What are the most interesting facts about cheetahs?” then brace yourself because you’re about to find out!

What is a cheetah?

More formally known as the Acinonyx jubatus – its scientific name – cheetahs are carnivorous wild cats that are found in Africa and Asia.

Their sleek, spotted bodies and smaller heads set them apart from the bulkier members of the big cat family – like lions, tigers, leopards, snow leopards, lynxes and jaguars.

How fast can the cheetah run? The cheetah trumps all other land mammals in the speed department, and this has to do with how quickly they can go from standing still to reaching phenomenal speeds – also known as acceleration.

The record among cheetahs was officially set by Sarah, an 11-year-old cheetah from the Cincinnati Zoo in the United States, who blitzed through a 100-metre stretch in just 5,95 seconds. This dashing young lady was also radar-timed and caught moving at a speed of 98 kilometres per hour.

These are epic abilities when compared to the fastest Olympic athlete – Usain Bolt – who set a “human” 100-metre speed record in almost double Sarah’s time, or the fastest horse which clocked in at a top speed of only 89 kilometres per hour.

The cheetah has pushed mammalian capabilities and our understanding of high-performance predators to the brink – and has left us feeling a bit whiplashed!

How is the cheetah adapted for speed?

In some ways, the build of the cheetah can be compared to the whittled limbs of leaping buck like springbok and impala. The sleek lines of high-speed birds like peregrine falcons also hint at some of the aerodynamics that make it possible for cheetahs to reach jaw-dropping speeds.

All of these animals are built for fast acceleration, and you’ll get a lot further in learning all about cheetahs by becoming acquainted with their swift-creature features. Here’s a look at some of them: Is there another cheetah besides the African cheetah?

While the African cheetah that prowls the savannah is the most well-known, they’re not the only one of the species.

In fact, a small and critically endangered group of cheetahs lives among the desert terrain of Iran in Western Asia. They’re known as Asiatic cheetahs and are smaller in size and more slender in build than African cheetahs.

Because of their slighter figures, scientists believe that the Asiatic cheetah may be even faster than the African cheetah. But, to date, there’s no data to show that they’ve broken the record just yet.

But wait, what’s the other spotty wild cat called then? Leopards are another type of dotted wild cat that you may mistake for a more muscular cheetah.

What are the biggest leopard and cheetah differences?

Both the cheetah and the leopard boast dark dots sprinkled across gleaming golden pelts.

But look a bit closer and you’ll see that these spots aren’t actually the same, and they’re one way to spot the difference between a cheetah and a leopard.

The cheetah has solid spots that are pretty uniform in size across their bodies. Leopards on the other hand have rosettes, which are black rose-shaped markings. These rosettes range in size depending on where on the body they’re found.

Cheetahs also have tear marks, black lines running down their faces from the inner corner of each eye. These are one of the most obvious leopard and cheetah differences.

But beyond their markings, if you saw a cheetah and leopard side by side in the savannah, you’d probably spot some obvious differences straight away. These are just a few:

Why are cheetahs endangered? The cheetah, with its speedy superpower, is one of Africa’s most well-known animals.

But, while their build allows for quick acceleration, it doesn’t make them big in the muscle department when compared to other big cats, nor does it give them super strength.

This means that when cheetahs come up against stronger predators like lions or leopards, they’re at a disadvantage. Lions and hyenas are known to prey on cheetah cubs. This has a big impact on the cheetah’s population size.

Add to this the fact that the wild spaces that make up cheetah habitats are greatly affected by habitat destruction, and you’ll have some of the top answers to the question “Why are cheetahs endangered?” In Africa and Asia, the expansion of agricultural areas, roads and human settlements has seen the cheetah’s natural habitat offering less and less space for them to live and reproduce.

According to the International Union for Conservation of Nature’s (IUCN’s) Red List, there are just over 6,000 mature cheetahs around today. This is down by 94,000 individuals when compared to the early 1900s.

In addition to this, the cheetah was once found in 44 different countries across Asia and Africa but can only be spotted in 29 countries today. So it’s easy to see why these clawed creatures are in need of conservation. After learning all about cheetahs, you probably have some good answers to the question “What is a cheetah?” You’ll even be able to start up a conversation about the difference between a cheetah and a leopard, and drop some interesting facts about cheetahs while you’re at it.

While this may be great for your ego, there are also ways that animals can benefit from you knowing all about cheetahs. With a wealth of knowledge and an eagerness to match it, you’ll be able to raise awareness on the conservation status of cheetahs and the challenges they’re facing, and continue to grow your wealth of cheetah facts and information.

This will set you up to make a bigger impact in conservation activities aimed at the cheetah, or even start a career in cheetah conservation. In the end, knowing all about cheetahs and applying this knowledge can go a long way in preserving cheetah habitats. And this adds to the well-being of cheetahs and the animals that share an ecosystem with, and depend on the cheetah for their own survival.

Sign up for Bushwise Field Guides’ Field Guide Association of Southern Africa (FGASA) Field Guiding online course and learn all about cheetahs and other species.

BY: Craig Newton, Bushwise student 2020 Well not only have we come racing to the end ...
This week at Bushwise was the week to show what we have learnt over the last ...
BY: Nico Brits This blog was written by Nico, one of our trainers. Here, Nico shares ...