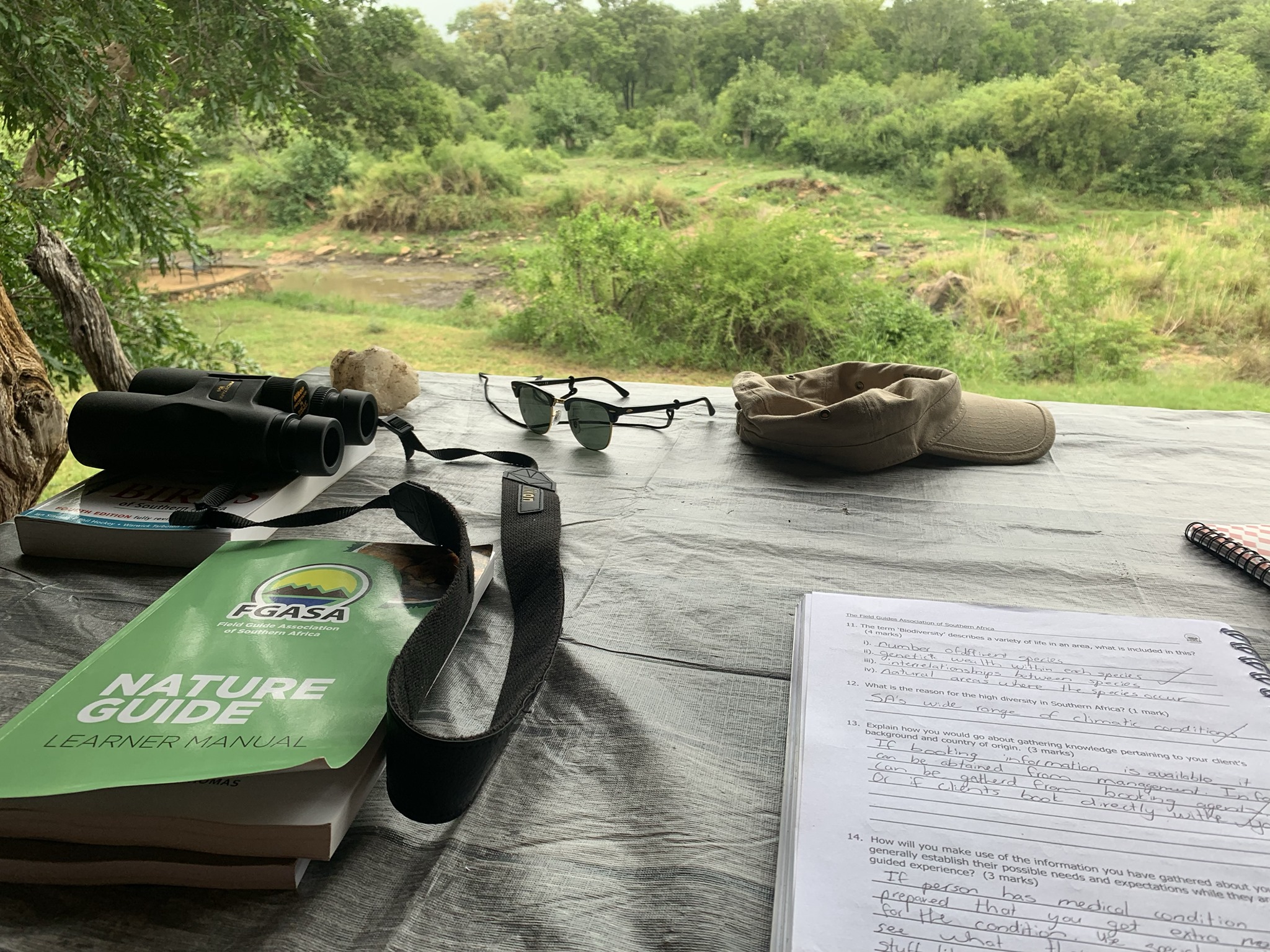 The role of a camp manager includes the weighty responsibilities of carry around the radio and essentially being a look-out for any unusual sightings or happenings around our campus; making sure everyone is doing their duties; and checking everybody’s temperatures in the morning and at the end of the day – which I found was a really nice way to have little catch up with everyone on campus.

After a very busy week of rifle handling and tracking, a game drive was scheduled for Wednesday afternoon which everyone was excited about. We decided to do things differently and change up the groups: instead of staying in our designated A and B groups, we lined up to randomly select a card. The colour card each of us picked indicated the vehicle we were going to be on for the game drive, which was a nice way of mixing it up and learning how our fellow future field guides would do things. A morning of gruelling reserve management awaited us on Thursday, with half of us being assigned to help with the digging of  a waterhole and the other half with removing the dreaded Knob Thorn trees out of the road. Thankfully Friday was packed with rewards.

We enjoyed an amazing game drive during which a new record for this course was set: The most bird species spotted on a single game drive – 54 different species to be exact! This enthralling excursion was followed by a workbook session, and then by our mammal orals (something that we had been working on all semester. Well…some of us). As soon as the last oral was done, Off Week was finally a reality! Much needed after a very busy semester. On Sunday 14th March we were reunited after a well-rested week off. After a quick catch up session it was straight back into the swing of things with study for the amphibians and reptile test the next day.

Each action-packed day filled with lectures, study, workouts (an optional extra) or game drives was followed by a delicious home cooked dinner made by our amazing chef Sibo – bringing us together as a team to share in the day’s many laughs and memorable moments.

This image was taken pre-COVID-19.  BY: Donald Fraser Camp manager blogs are written by our students ...
Have you always dreamt of becoming a field guide, but feel restricted by time and money? ...
BY: Megan Smith This blog was written by Bushwise Research Coordinator, Megan. She has been researching ...