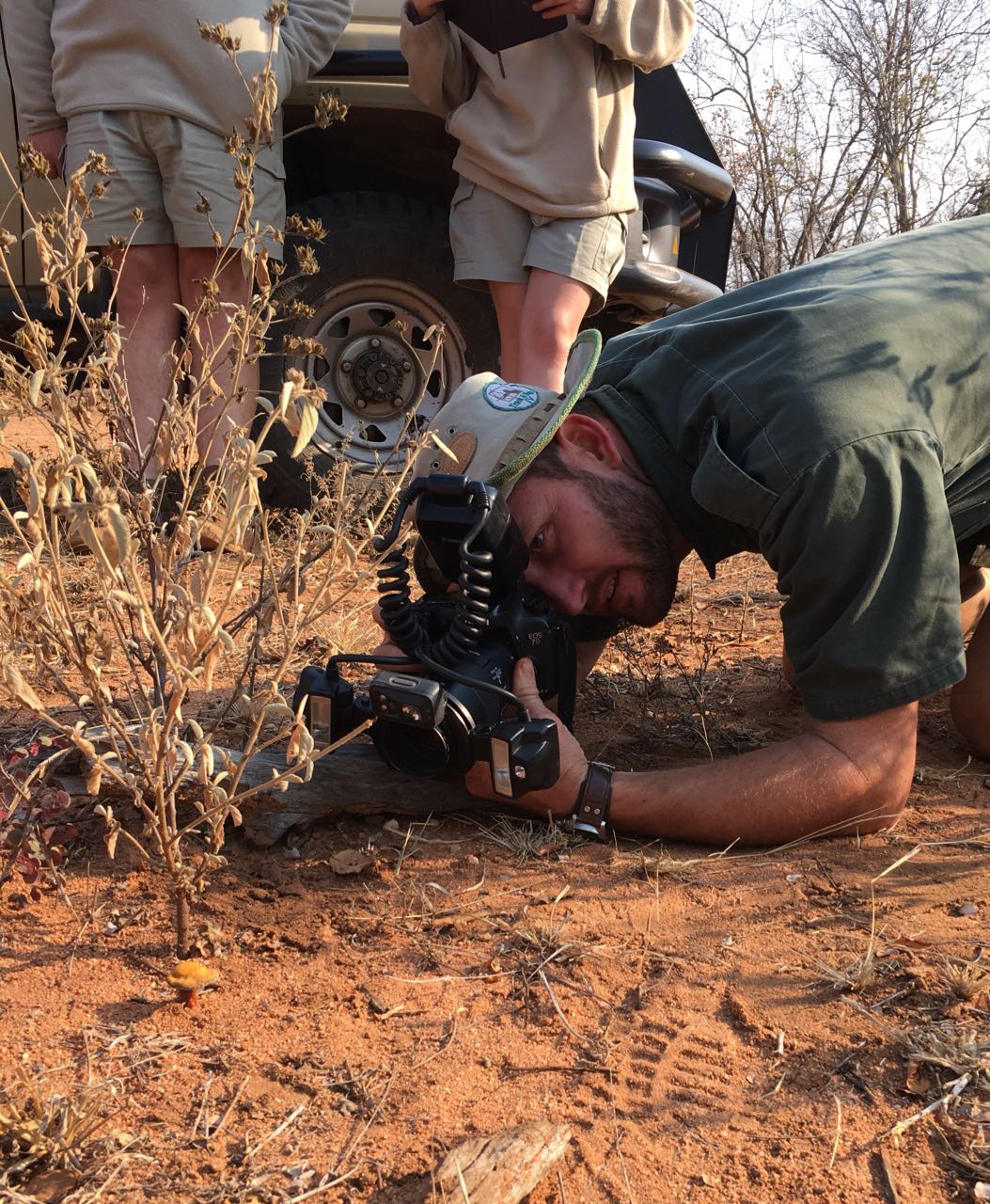 My Best Experiences as a Field Guide – part 2

This was not the only encounter I enjoyed with Sam, there are too many to mention, some of which were even more hair raising (which could explain my thick and luscious locks), like the time we were leading a walk tracking some buffalo.

The property we were walking on bordered an infamous Game Reserve, where they kept many semi-tame animals. One such animal happened to be an elephant, who I’m sure was known by name, but when we bumped into him on a bushwalk that morning we didn’t know it. He had broken into our property overnight and whilst exploring his new domain bumped into us as we were doing our tracking. Seeing a human in a strange environment was, for him, probably a delightful surprise. However, we were not ready for such a friendly elephant.

There is a significant and somewhat key difference between approaching a wild elephant and approaching a tame one. So when “Nellie” decided to come up to us it caused mass confusion, it was not a charge like a wild elephant, his body language was telling us he was a happy elephant, happy to see us and happy in our presence, almost like he was hoping for a cheeky treat or two from our backpack. Sam immediately recognized him as “Nellie” from next door and that we might be in trouble. There was no time to explain but luckily the look on Sam’s face told me he had probably dealt with this animal before. I immediately sought higher ground, a classic evasive tactic. So the two of us, together with our guests clambered up a sizey termite mound, in the nick of time as “Nellie” arrived in the spot we had been standing. Fortunately “Nellie” appeared to be unable to join us on the termite mound, this did not stop him from trying, however, and the more we tried to convince him otherwise the more determined he became to climb the mound. The more profanities were spewed in his direction the more focussed he became on joining us. Interestingly he still wasn’t showing any signs of aggression, it was almost like we were a perfectly ripe strawberry that was taunting him by sitting, noisily, just out of reach.

We soon realized that standing our ground was a stalemate and decided to duck over the other end of the termite mound and beat a hasty retreat to the next termite mound before “Nellie” realized what was occurring. As we reached the next point of cover, we could see he had discovered our ruse, and was slowly, but thoroughly, tracking us as we had done with the buffaloes earlier. The ordeal came to an end after a lot of jogging, and guests not fully understanding why we were impersonating meerkats on each termite mound we found, before eventually making it back to camp, out of breath and having learned that on the odd occasion despite the golden bush rule of “DON’T RUN” running might just be the best option. Until the next story…..