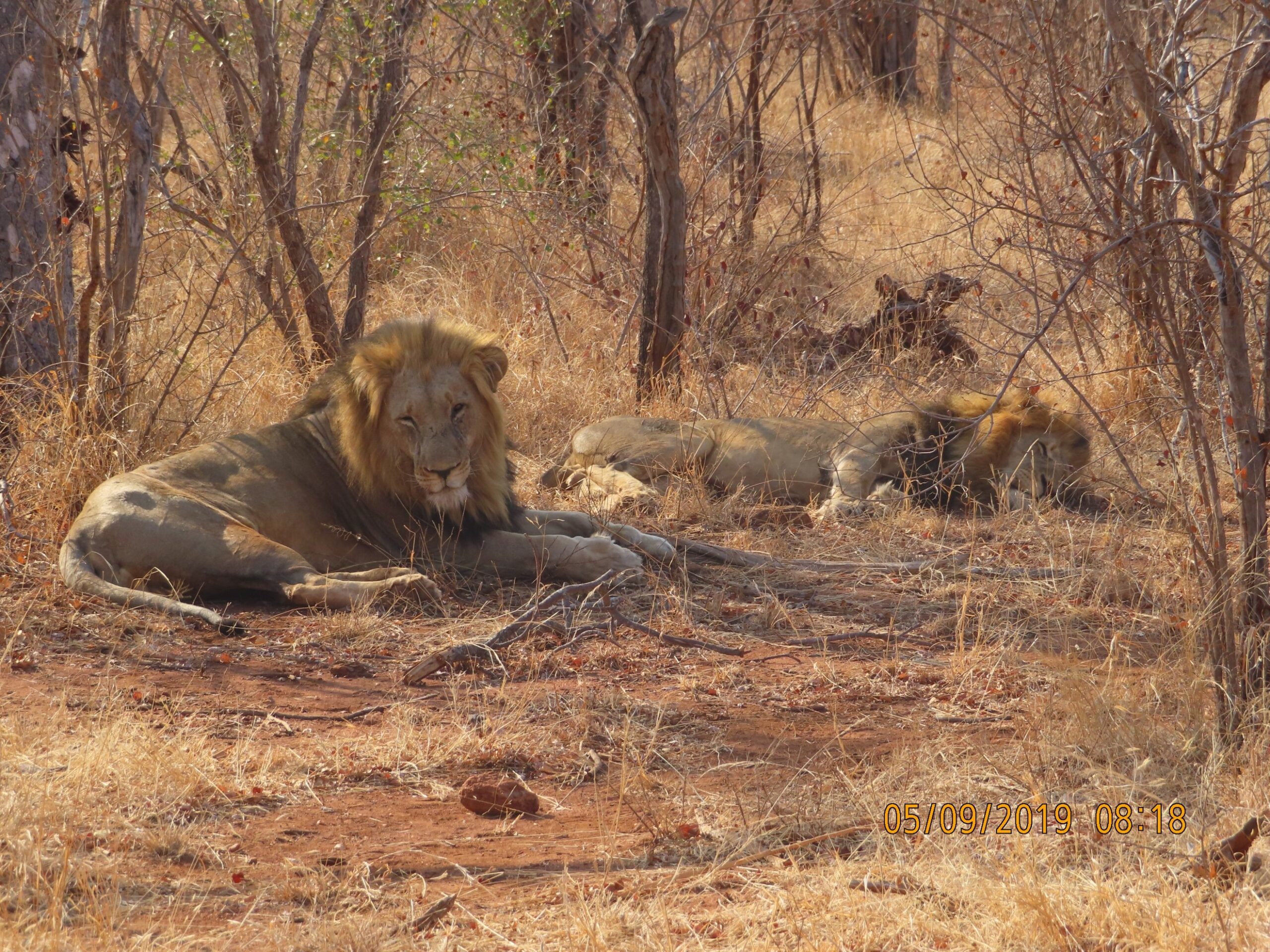 Back in the Bush

Following two excellent weeks developing our skills in track and sign with Colin Patrick, and rifle handling on campus it is perhaps no surprise that everyone was excited to return to game drives and put some of our new skills into practice. We started the week with lectures in ecology and arthropods, meaning that we paid close attention to features such as termite mounds and spiders’ nests.  We were also able to appreciate the complexity of the relationships present in the bush whilst observing some of the most active watering holes in the reserve. The drives this week were punctuated with many notable sightings, one group were even so lucky to see a pair of mature maned lions, giraffe and elephant in a single drive!

Snake in the Loo!

Returning from one such game drive on Tuesday evening, the ladies were shocked to discover a certain slithery individual in their bathrooms, an African Rock Python! Thankfully not venomous, although large and rather intimidating. We tried to explain to him that he was not allowed to be there, but in the end, it took Vaughan with his trusty snake bin and hook to ensure his safe departure.

On Thursday, whilst the internationals dashed off to Hoedspruit for driving lessons, the group got stuck into some much-needed reserve work. The morning consisted of blocking new roads created by vehicles ‘choosing their own path’ to watering holes and dams (naughty, naughty!). This protects the diversity of life contained in the grassy bush and helps limit erosion to only the most established roads.

After lunch, with the internationals back, the group returned to the reserve in full force to clear the Makhutswi River bed of litter. We covered roughly 1km of the river and managed to leave the area free of rubbish ahead of the coming rains. This will make a significant improvement to the aquatic life once the rains arrive, and certainly left the group with an incredible sense of a job well done.

On Friday we all received feedback from the trainers to conclude the second semester. With the afternoon came our first hint of rain, reminding us that in just a few weeks the terrain is likely to burst into life. Students and staff then departed on Saturday morning for a well-deserved off week, with excited anticipation of what semester 3 will bring! And so the excitement starts…. This was the week of firsts, our first lectures, our first ...
This week was another jam packed week of learning, this time it was focused on 4x4 ...
BY: Callum Evans Camp manager blogs are written by our students who each get a chance ...