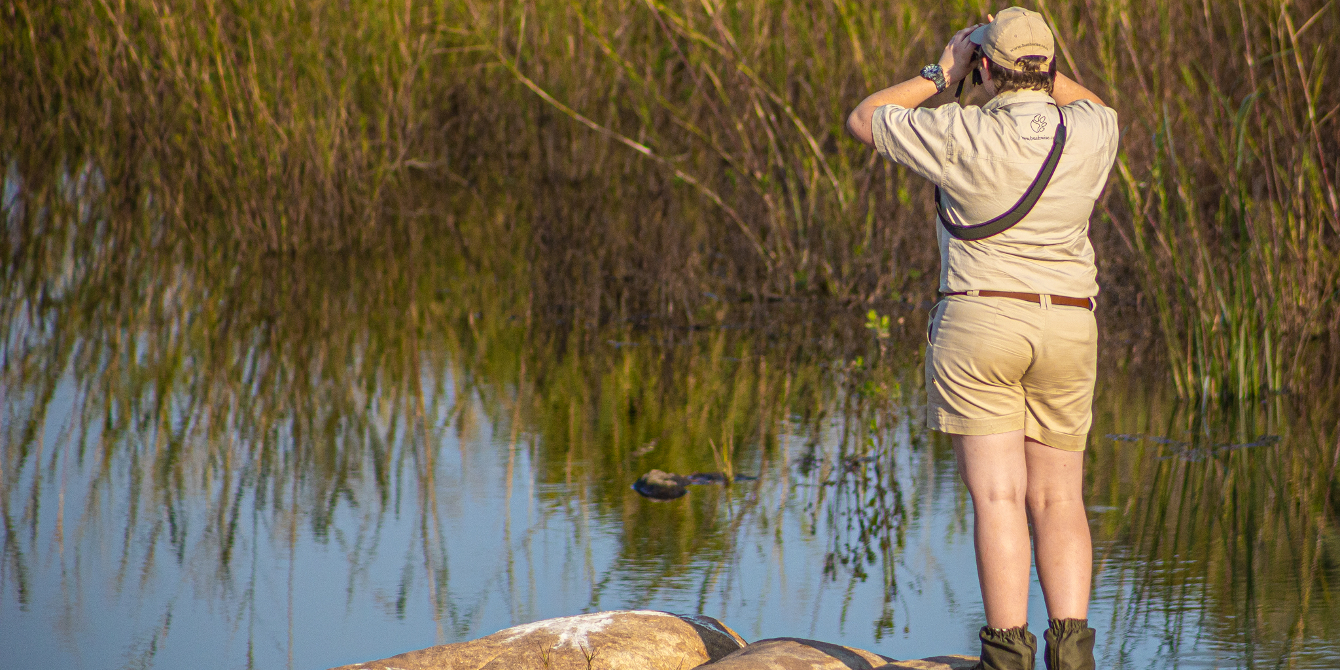 Rest and relaxation in the African bush

There’s nothing like rest and relaxation in the African bush, especially when it’s hard earned! Bushwise student Zack de Klerk became camp manager just as the students went on an off-week (break between semesters). This was an excellent opportunity to see what campus is like when it’s quiet…

Camp manager on an off week

For me, being the camp manager was quite interesting as my week overlapped with our time off. On the same day that I became camp manager, it was my turn to be group leader as well as do the afternoon game drive. The game drive was quite fun and I was able to improve a bit on my guiding. We don’t always see a lot of animals on our drives – we definitely see birds – and the people in my game drive group help me a lot to improve my bird call knowledge.

I was only camp manager for four days and then it was our first off week and time for some rest and relaxation in the African bush. I decided not to go home and stay on campus for the off week with Shannon, Saki, Kerry and Josh.

On Monday, we all went to Hoedspruit to get some pizza and groceries for the week. We also did some birding on the way there. And then on Tuesday morning, all of them left to go to Kruger National Park for the rest of the week. While being alone on campus, the bush really seemed to become more alive. I didn’t really go out of my rooms early in the mornings or after sunset because I was a bit afraid that Miss Whiskers (the name we gave the female leopard that’s on campus with us) would be outside walking around our rooms like she did a few weeks before. With me being the only one on campus, I didn’t want to run into her during the night.

I heard her for three nights in a row (Tuesday , Wednesday and Thursday) around 11pm and then again at 4am. It was one of the most amazing experiences of my life. During the days on campus, I enjoyed some much-needed rest. With no one here, the Nyalas came quite close to me and the dwarf mongooses as well (they even stole  some of my eggs when I left to go to the bathroom – sneaky things!).

After the off week, I went back to being the camp manager and tried my best to keep everything running. I set up a little rope rack for the dishcloths so that they can dry properly after being used. And I noticed that after people used the coffee station, they left it in a complete mess soI had to have a talk with everyone at dinner one night about it. It didn’t get better though because no one took it seriously. So every time I walked past the coffee station, I just quickly cleaned it up.

Other than that my last few days of being camp manager went quite smoothly and there weren’t any problems. At the end of it, I was quite glad to switch from dish  duties to classroom duties because that usually takes the longest and I do struggle with washing pots – I won’t leave my team to do it on their own though.

Being camp manager is an important role I wish we could be camp managers more than once so I could get a better understanding of how to handle certain situations and feel a bit more prepared to take control in the situation rather than just listening/following someone else’s orders. I still think it’s a good thing to be able to follow someone’s orders though. And I honestly can’t wait for the rest of the course. I’m just so happy that I’m here and able to be doing this.

Sometimes you don’t even have to leave campus to have an amazing experience at Bushwise. Whether you’re enjoying a little rest and relaxation in the African bush, or driving a game viewer in a Big 5 reserve, it’s all part of your training. Apply today and live your wild life!