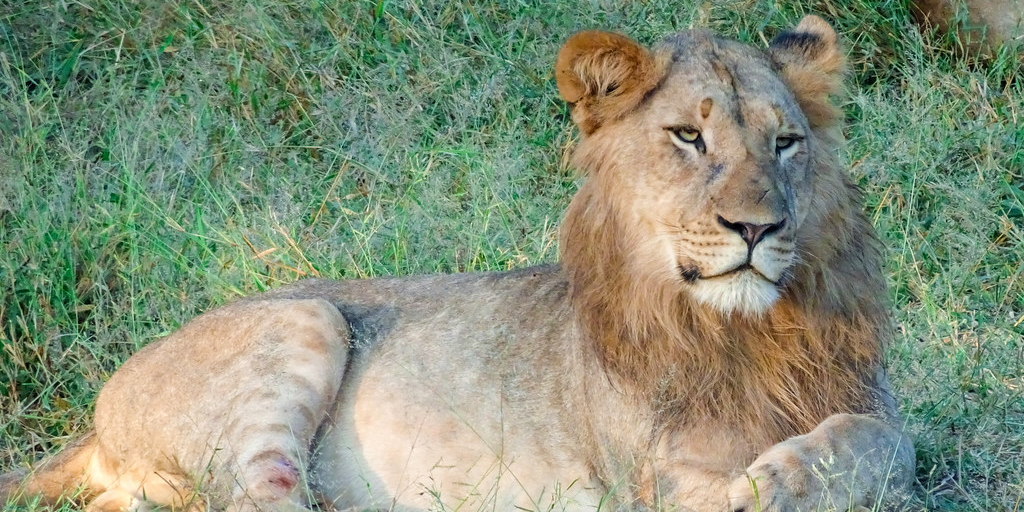 My best experiences as a guide

This blog was written by one of our trainers, Jack. With over ten years of guiding experience, Jack shares some of his most memorable moments on the job.

But in over ten years of guiding, this is my most memorable sighting. It was a rainy, slightly miserable day with overcast clouds. It was dark, gloomy and cold. But we were optimistic and ready for anything. My guests were keen to see lions. On our concession (a subset of a reserve) in Kruger National Park we had good lion sightings if we could see them on the road or at least had tracks.

Today we had nothing, no sign of them anywhere. Still filled with hope, we drove around trying to find anything that resembled a cat.

Our head guide and I were a bit competitive, in a friendly way. It was just a little fun with the guests on who will see the best stuff. So I was determined to beat him. If only I knew what was coming during that morning game drive.

It’s time to go off road!

We were driving down one of the main roads out of the concession. We had spotted two male lions trotting down the road towards us. We were so excited that we had seen them before the other vehicle. It was nice bragging rights. The lions ran past us and we turned around and followed them. Because of the rain, they had soaking wet manes, something I had never seen before. We followed them and they turned off the road. Luckily we were in the concession where we could follow them off-road.

We followed them to a marula tree, roughly 30 metres off the road. The one lion disappeared into a thicket so we lost sight of him, but the other lion was milling around this marula tree.

I could smell something dead. Lions often scavenge, but I couldn’t see anything.

I watched the lion carefully, his gaze tracking up the tree. I followed his stare. There in the tree was an old impala kill, left by a leopard. So now at least I knew what I was smelling. I looked again at the lion, his posture changed to what resembled a house cat ready to jump onto a table. I yelled at my guests, “This lion is going to climb this tree!” Before we could blink, there goes this 200-kilogram lion up the tree trunk and into the canopy for the dead impala.

I mean, WOW! They don’t say that lions climb trees in textbooks. But here we are sitting with a full-grown male lion sitting on a branch you would normally see a leopard on, feeding on an old, dead impala.

Now with all the excitement going on, I had to call my head guide and share this with him. I called and guided him into the sighting. But the best part was watching this lion climb down.

But I suppose jump down is a more accurate description. With a massive thump, the lion hits the ground. He strolls off with his trophy. After that sighting, we went straight home. Nothing else could beat that for the day. So when guides and guests asked me, “Do lions climb trees?” I always reply with “Yes, but they jump down”.

Ready to start building your field guide experiences? Head to the Bushwise website to learn more.

Having trained and worked as guides within the Lodge industry, our current trainers have built a ...
A past Bushwise student and recipient of the Annual Bushwise Scholarship Thabisani Buthelezi (Ernest), now works at the ...
The natural world is all around us – and we play an important role in protecting ...