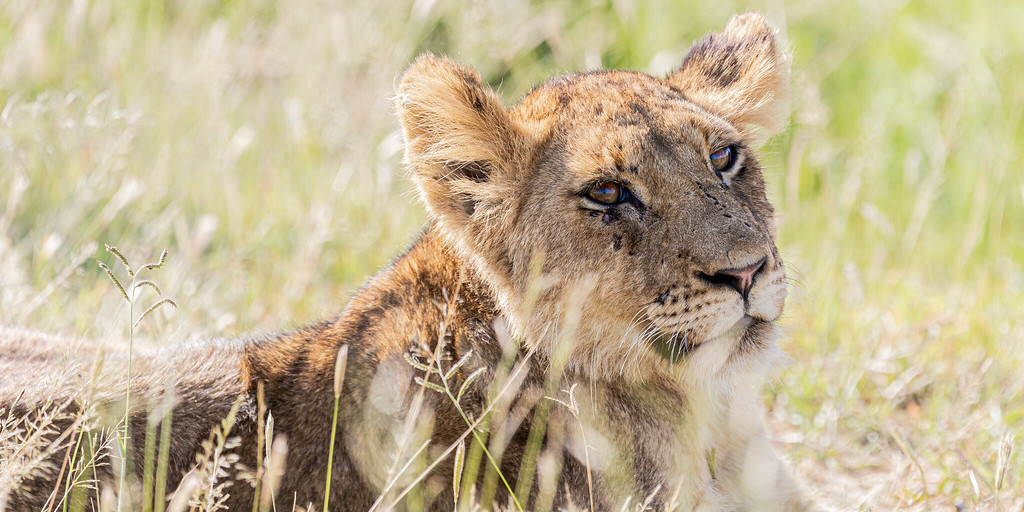 Lions on a kill – and incredible pride dynamics

How would you react if you were relaxing in the pool and received this message from your trainer: “Lions about 75 metres off the road … be at the car park in 5 mins”?

It was a late Sunday afternoon, the sun was burning, and some of us had just jumped in the pool when that message from trainer Ben came through. A few minutes and several burning calf muscles later, the vehicle was full of students and we were off to see the lions. Excitement levels were high. We drove not two minutes, swung around the corner of the plains and there right in front of us – a pride of lions on a kill! Outside of an example to the sheer unpredictability of student life out here, I thought this would be a good opportunity to talk about the dynamics of a pride of lions – and especially in this case – talk about what happens when the juvenile males grow to sexual maturity.

For me this was fascinating, I have never seen a pride of lions on a kill before so had no idea what to expect. It was clear from the off the two dominant males were not tolerant of sharing their prize meal.

One of the juvenile males, who we estimated was around two years of age, came in for a closer look and quickly received a short, sharp, snap of a growl. The youngster quickly backed off, tail between his legs, maybe oblivious to the wider consequences of his actions. We stayed with the lions until the sun set and our own dinner called. What a sighting to break up the day and clear our minds before the next day’s test!

The following day, after a morning of tests and lectures, we were desperate to see if the lions were still there. We know lions have a tendency to rest and digest for quite some time after a large meal, especially when they can sleep for up to 20 hours of the day!

On the road up to the plains, we spotted one of our juvenile males, but something was different.

The juvenile looked almost lost, confused, and incredibly skittish. Any noise – from a bird shouting an alarm call to the sound of a vehicle driving past – his head was bolt upright and ears pricked.

We soon came to the realisation that this male lion was all by himself and the rest of the pride was nowhere to be seen. This sparked a conversation on the vehicle around the eviction event of juvenile males who are coming of age. We understand the reasons why dominant male lions tolerate the juvenile males – more muscle and claws to take down the larger prey to feed the pride, as well as an extra set of razor-sharp teeth to defend against rival males. However, at around the 2.5 to 3.5 year mark, these juveniles start to become sexually active. And when the name of the game out here is to spread your genetics, this does not sit well with the dominant males, even if these juveniles are family.

In an attempt to drive home the message that it is time to leave the pride and start anew in a foreign land, the dominant males start to become aggressive towards the juveniles. This is a dangerous time for juvenile male lions – unfamiliar terrain, surrounding enemies, a lack of skill and experience. They are simply thrown out into the harsh environment and forced to survive for themselves.

Back to the lone juvenile male spotted along the side of the road. Although we can’t say for sure, I think we can assume this juvenile had been kicked out of the pride. The silver lining, however, is this could be the start of a new, powerful coalition of brothers – the beginning of a new legacy.

And also how this sighting came about. Life out here on campus and in the South African bush is so unpredictable. It’s wonderful to wake up every morning to the genuine thought, “Well what’s today got in store for me?” It’s a fantastic feeling and I’m hooked on it!

If you apply today, pretty soon you too could be waking up feeling inspired just like Charlie. Keen to make a fresh start? Let’s get going.

You have just left your family and friends behind, even potentially relocated to South Africa, to ...
BY: Francois Theron, trainer at the Bushwise Mahlahla campus One is often confronted with the question ...
BY: Angela Riley, Bushwise student 2020 With the start of my Bushwise journey in July came ...