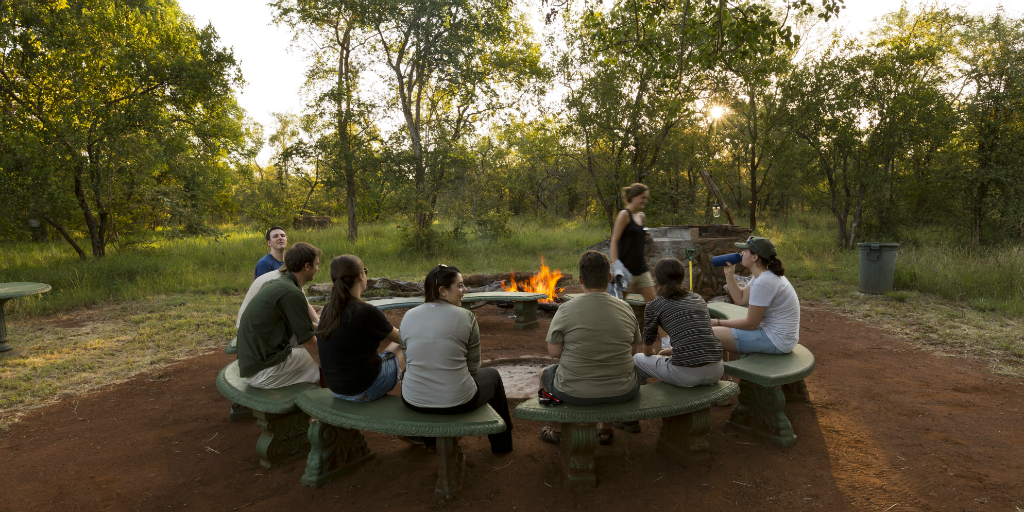 You may have travelled to Limpopo, South Africa to become a field guide. But being in Limpopo means that you can fill your time off with tons of exciting activities too.

The Limpopo province is the fifth-largest province in South Africa, with a population of over five million people.

It also accounts for 10% of South Africa’s land surface area, so there’s more than enough room to explore.

And if you’re wondering, “Where is Limpopo?” or “What does ‘Limpopo’ mean?” you’re about to find out!

Let’s take a look at some facts about Limpopo, South Africa and what you can do during your time there. The Limpopo province is the northernmost tip of South Africa, bordered by Botswana, Zimbabwe and Mozambique.

Because of its location, it acts as one of the gateways to South Africa. And, it’s also home to some of the country’s biggest attractions.

In fact, part of the Kruger National Park – South Africa’s most well-known game reserve – falls within this province.

And there are many different types of safaris offered in the Limpopo province.

You could set out on one of many birding safaris and spot the multi-coloured lilac-breasted roller during a mating display in mid-air.

Or, what about experiencing one of Limpopo’s savannah-at-sunset safaris? You could even dash through the rugged terrain on one of the best South African safaris out there, where you can spot the big five animals – the lion, leopard, rhino, elephant and buffalo.

What does “Limpopo” mean?

The Limpopo province is named after the Limpopo River – South Africa’s second-largest river.

The word Limpopo has roots in the Sepedi language, which is spoken by one-third of the population in Limpopo, South Africa. Limpopo weather is dry and hot, with almost year-round sunshine. In the summertime, temperatures average at around 27 degrees Celsius in the capital city, Polokwane.

And, in the lowveld – low-lying bushveld areas – summer temperatures can reach 45 degrees Celsius!

You can also expect thunderstorms during the summer season.

In winter, the weather changes slightly, with early-morning and night-time temperatures dropping to around 10 and 17 degrees Celsius respectively.

But, during the day, Limpopo weather can still peak to around 30 degrees Celsius in the winter months.

When do Bushwise Field Guide students get personal time off? Bushwise Field Guides courses offer top-rated learning experiences, and each program’s curriculum is clearly set out on our website.

And, if you take a look at the course information for any one of our on-campus study opportunities, you’ll see that time off is factored into each one.

As a field guide student in Limpopo, South Africa, you can explore the province on Saturdays and Sundays – but don’t forget to make time for your studies too!

But, your personal time off from coursework doesn’t end there.

After every fourth week on campus, field-guide students are given a full week off! You’re encouraged to use this time to see even more of the attractions in the Limpopo province.

Here are some of the best activities to dive into during your time off from a Bushwise course.

1) Stay over in Mapungubwe National Park The Mapungubwe area of the Limpopo province is a United Nations Educational, Scientific and Cultural Organization (UNESCO) World Heritage site.

It’s also the place where you can see two of the biggest rivers in Limpopo – the Limpopo River and the Sashe River – merging.

And, between the eleventh and the fourteenth century, this historic location housed the largest kingdom in sub-Saharan Africa.

In Mapungubwe National Park, field guides can spend their time off in nature to get a feel for even more of the terrain of the Limpopo province.

Become immersed in local culture and traditions by staying in a themed cottage in one of the park’s sandstone-edged valleys.

Or, to get closer to the outdoors, journey on over to the tented camps situated in the riverine forest of the Limpopo River.

From either of these sites, you can take a quick trip to see the artefacts of the Kingdom of Mapungubwe – including the famous golden rhino – which are spread all around the 280 square kilometres of the park.

2) Find your way to the falls

Since we know that Limpopo means “strong gushing waterfalls”, it’s no surprise that waterfalls are some of the biggest attractions in the Limpopo Province.

Visit the Phiphidi Waterfall, a small cascade in Thohoyandou, which is sacred to the VhaVenda clans of Limpopo.

It’s important to note that this site experiences temporary closures from time to time. If you’re planning to visit, check the opening dates to avoid disappointment.

This is a site where much of the culture of the VhaVenda people has been preserved, and it’s still one of the preferred places for their religious practices today. If you visit the falls, please be respectful to the site.

You can also take a trip to the Debengeni Waterfall, a torrential sight where water gushes down from an 80-metre height!

Situated near the forests of Magoebaskloof, Debengeni Falls is a great spot for swimming and picnicking.

You could also travel to the Tshirova Waterfall, which can be found in Thulamela in the Limpopo province. Thulamela, which means “the place of giving birth” in Tshivenda, one of South Africa’s 11 official languages, was home to an Iron-Age kingdom, now often referred to as the city of “Thulamela”.

Here, you can soak up the sights and sounds of Limpopo’s natural environment, while picnicking or taking a dip in the pool beneath the waterfall.

You could also get to know more about one of South Africa’s earliest kingdoms by taking a guided tour of the surrounding area.

3) Zoom across the Limpopo province on a zipline With its wealth of peaks and valleys, sprinkled with forested areas, ziplining across hillsides or tree canopies has become a must-do activity in Limpopo.

There are many different zipline providers offering you a bird’s-eye view of the Limpopo province during your time off from field guiding.

Remember to research these organisations before signing up. Then, go with a reputable provider that has eco-friendly activities at the heart of what they do.

This way, you can enjoy what the natural environment has to offer while making sure it remains protected at the same time.

4) Bob along on a Blyde Dam boat cruise Blyde River Canyon is the third-largest canyon in the world and the largest “green canyon” due to its abundance of tropical foliage – thanks to Limpopo’s weather and climate!

You can take a boat cruise across the valley to see the diversity of wildlife in the area – including various fish, bird and primate species, as well as hippos and crocodiles.

You can also get a glimpse of the Kadishi Tufa Waterfall, which is said to resemble the face of a person crying profusely!

5) Uncover Limpopo’s past at the Polokwane Museum

You can also take a trip to the Polokwane Museum and get a feel for the broader history of the area.

The museum displays artefacts from the Iron Age and Stone Age in the region. There’s also a display depicting the culture and origins of the Limpopo people.

Viewing this display can give any field guide valuable insight into the region that you may not learn about in-depth on a field guiding course.

6) Hit your step count at the Hans Merensky Nature Reserve Follow the Letaba River through Limpopo province, and you’ll come upon the Hans Merensky Nature Reserve along part of its banks.

One of the big benefits of visiting this reserve is that you can navigate most of it on foot!

Also, because it’s alongside one of the Limpopo province’s largest rivers, the reserve is home to flocks of water-loving bird species – even in winter.

You can also catch sight of antelopes, zebras, wildebeests, warthogs, giraffes, and a whole host of snakes too!

7) Count the cycads in the Modjadji Nature Reserve

It’s believed that, in prehistoric times, Limpopo was home to mammal-like reptiles.

These creatures were thought to feed mainly on the cycads that grow in the area of the Limpopo province now known as the Modjadji Nature Reserve.

Today, Modjadji Nature Reserve is a protected area where you can see some of the oldest and biggest cycads in the world.

And, once you’re surrounded by this forest of single-species cycads, you may start to feel like you’ve travelled back in time. Remember to keep an eye out for prehistoric reptiles!

8) Take home a souvenir from the Baleni Salt Pans

The Tsonga people of the Limpopo province have been harvesting salt in Baleni for centuries.

Today, 2,000-year-old techniques are still used by local people to harvest salt from their tribal lands. And the industry contributes to Limpopo’s economy in a big way.

You can take a tour of the salt pans to see the salt-making process in action – which starts with the local people leaving a “gift” at the foot of a motswiri (or leadwood tree) as a thanks to the ancestors.

And, why not take home a bag of salt from your experience, and add a new flavour to your special meals at home? This can act as a tasty reminder of how you spent your time off in Limpopo.

With so many activities to choose from, you can be sure that you’ll never have a dull moment during your personal time off from a Bushwise course.

Take a look at our Bushwise courses in field guiding and wildlife research, and get a head start in a career in wildlife conservation.

BY: Zaytoen Domingo Have you ever wondered what a wildlife professional does in a day’s work? Let’s ...
By: Sergio Cerrai The dust of the dry winter had settled on the cars parked on ...
We get a lot of questions about field guide qualifications. From FGASA, NQF2, NQF4, CATHSSETA… the ...