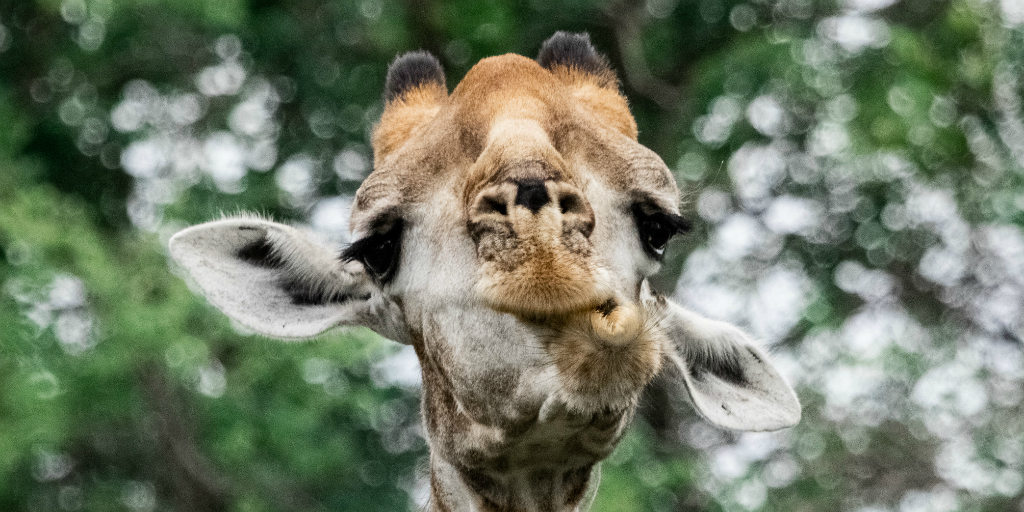 Are giraffes endangered? Their silent road towards extinction

Giraffes are probably one of the easiest animals to identify all around the world. This is really no surprise when you look at their distinctive lanky long legs and necks. But what could come as a surprise to most people is the answer to the question, “Are giraffes endangered?”

If you’re a field guide, keeping your guests entertained with folklore about how the giraffe got its long neck is an important part of your role, but it’s also your responsibility to keep them informed on the facts about giraffes too. Most people know that the giraffe is the tallest animal in the world. But what they don’t know is that these African animals play an important role in their ecosystem, and are often forgotten when it comes to conservation efforts.

This lack of knowledge and conservation efforts is part of the reason why the number of these towering herbivores has plummeted over the last three decades, without anyone even really noticing.

Known as the silent extinction, it came as a shock to most when giraffes were suddenly labelled as vulnerable on the International Union for Conservation of Nature’s (IUCN’s) Red List in 2016. This after a survey found that nearly 40% of the population had been wiped out in just one generation.

A species is categorised as vulnerable by the IUCN when it’s clear that the animal is likely to become endangered – unless the circumstances that are threatening its survival and reproduction rates improve.

Why are giraffes endangered? Over the past 30 years, this African herbivore’s numbers have decreased by an alarming 30%.

The cause of this massive decline?

Habitat loss and fragmentation, poaching, as well as climate change are said to be the driving forces behind their declining numbers.

And to make matters worse, very little is known about the behaviour of giraffe populations. With so many questions about giraffes left unanswered, how could anyone have seen this decline coming?

For example, we don’t really know how long they live, whether they travel long distances, what their cognitive abilities are, or even the real answer to the question: “Why do giraffes have long necks?”

There have also been no long-term conservation efforts involving giraffe populations, which makes it difficult to know or predict what’s going to happen to giraffes in the future, or how much time we have left.

In an effort to change the outcomes for giraffe populations, a group of conservationists are working tirelessly to figure out the mystery behind their rapid decline in Africa, and they’ve come up with some effective solutions.

Why are giraffes important? So why are giraffes so important?

Giraffes are considered to be a keystone species in Africa. This basically means that they are essential to the survival of the ecosystems they live in. Without them, these ecosystems would begin to collapse and change completely.

You see, because of their impressive height, giraffes eat the plants that other animals can’t reach. This promotes the distribution and growth of plants lower down, which are important for the survival of smaller animals.

The survival of giraffes is also vital to the acacia tree. These two are so intertwined that some acacia tree seedlings can’t successfully germinate until they have passed through the digestive system of a giraffe.

It’s also believed that the height of giraffes, paired with their excellent vision, allows them to spot predators and danger earlier than other animals, which can act as an early-warning system for other animals.

Giraffe conservation: What can I do to help? It’s important to educate communities on how and why we need to protect giraffe populations. When communities closest to giraffes are properly informed on how their actions affect giraffes, they are able to change their day-to-day practices in a way that will positively impact these herbivores.

An example of these day-to-day changes could be adopting more sustainable farming practices to minimise damage to land that could otherwise be inhabited by giraffes.

Other measures that have been implemented to help in giraffe conservation include the reforestation of acacia trees. More acacia trees means more food. More food for giraffe populations means a greater chance of survival, which could help to increase their numbers significantly.

If you love giraffes and other wildlife and want to work towards their conservation, think about joining a field guiding course with Bushwise. You could also sign up to the Nature Enthusiast FGASA Online Course today.

Another intense week lies behind everyone in the camp, full of Level 1 assessment game drives ...
BY: Tasneem Johnson-Dollie Water buffaloes and humans have a shared history spanning more than 50 centuries. ...
Some images in this article were taken pre-COVID-19.  BY: Suvania Govender Camp manager blogs are written ...