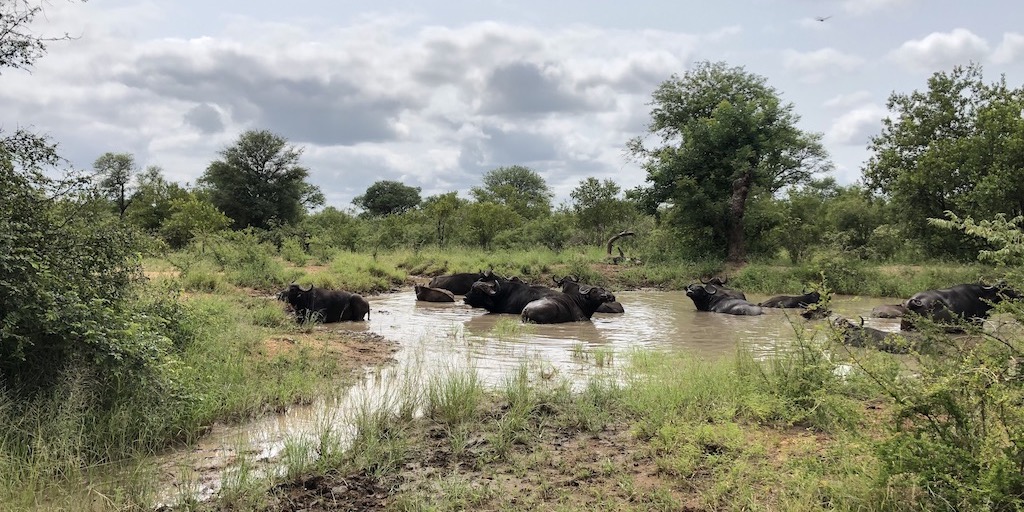 Always a lesson, never a failure

We had just finished with our sleep out and were on the way back to camp at Toro lodge. We had a great night looking at stars and sharing stories and watching the fire. We got onto the topic of tracking and who is the best teacher. The best teacher for everything is failure.

When we got back to camp, everyone went off to their rooms to sleep, shower and relax. I had other plans than doing nothing. I had heard about a sighting of buffalo earlier in the morning and I thought it would be a great idea to track and find the buffalo herd.

I got my rifle and got into the cruiser and off I went down cheetah cutline towards Nanzana road where the last tracks were. I had a few stops on the way, found tracks of a female leopard walking north up the cutline towards the river and few buffalo bulls who were roaming across the cutline. Finally, I arrived on the tracks of the herd of buffalo on Nanzana road. They were fresh and the herd was not far. I was told they were moving south towards Skova road. Now the block they moved into is a pretty big block and would be great to explore the area. Most of the reserve is new to me. So, I start following and can see the tracks are very fresh, a few pans they visited were littered with tracks going in all sorts of directions. I have learnt to follow the core of the group and not worry about the stragglers. So, stick to many tracks and not singular tracks when following a herd. Now it’s easy to forget to track and actively follow tracks when in the back of your mind you know or where told the tracks are going south. Due to the last person saying they were going south. So, I followed half-heartedly and came short of the trail. I made several loops to see if I could find more and still, I found nothing. So back I go to the last track. I start again, follow a bit more and again I start looping southwards. Thinking again of what others tell me. I stop, I thought for a minute. I go back. Back to start, do not pass go and don’t collect 200 dollars. This time around, I will actively follow the trail and not listen to what others said and listen to what the bush and trail are telling me. It’s like reading an article and making assumptions without finishing the article first. Now these tracks do not go south but they go north. As I followed the tracks north, I found more and more. A few hours later, there were the buffalo happily enjoying the muddy wallow.

I failed twice to track them but finally succeeded. Always a lesson never a failure.

Since numerous excellent articles have been published regarding the above-mention title, the writer is sharing his ...
Lately it has all been about practicing for our mock game drives, which will eventually lead ...
BY: Oliver Harvey, Bushwise Student 2020 Week four has come and gone already and what an ...