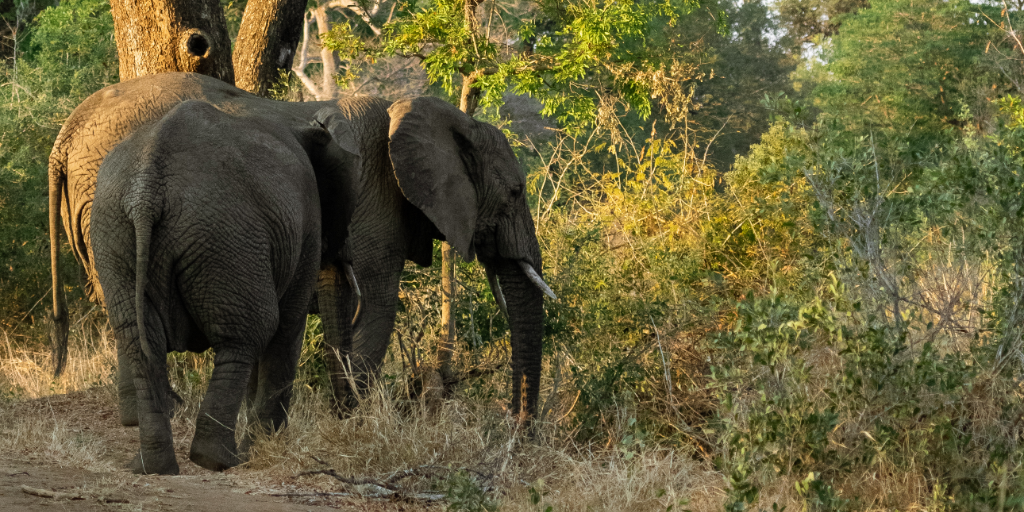 World Habitat Day, held on 5 October every year, places emphasis on human habitats and how we can all contribute to improving and maintaining them.

This day was set up by the United Nations (UN) to shine a light on the challenging conditions people around the world are living in that make it harder for them to secure their basic human rights – like the right to life or the right of social service.

Human habitats include the villages and cities set up across the world, and these living spaces can’t be separated from the natural land and water ecosystems they form a part of.

Because of the growing human population, human habitat development is intensifying across the world, and the effects of human activity are having far-reaching effects on natural ecosystems far and wide.

So, getting to grips with what habitat loss is all about and the importance of World Habitat Day is an important step in figuring out how we can flip our human activity to make a positive impact.

Why do we need a World Habitat Day? Habitat loss is one of the leading causes of animal species extinction today and most of it is caused by human activity.

Human beings have developed processes like farming, grazing, mining and urbanisation to allow for communities to expand and thrive.

But these activities have also resulted in large portions of natural environments being cleared. In forest ecosystems, this has had a negative impact on around 80% of the plant and animal species that call these ecosystems home.

This means that habitat loss is not only affecting a whole host of different types of animals and plants, it’s also reducing the Earth’s oxygen-producing capacity – because plants make oxygen – which affects the well-being of all life on the planet.

And, while human beings can air their grievances and even put on public displays calling on political leaders to address poor living conditions, animals and plants can’t communicate with the powers that be in quite the same way.

Today, the current animal extinction rate is at an all time high and extinctions are occurring at an accelerating rate.

So, World Habitat Day is an important platform to keep track of our progress towards addressing global development concerns while demonstrating the interconnectedness between people, animals and plants, and the role we play in habitat loss.

What is habitat loss? A habitat is the natural environment in which people, plants and animals live. It’s home to everything that these organisms need to survive including breathable air, clean water and resources to allow for survival – like food, and building materials to create shelter.

Because people, animals and plants “live off the land”, natural environments are influenced by what we do on a daily basis.

Human activity is the leading cause of habitat loss through processes like agriculture, land development, pollution and climate change. Each of these processes can contribute to land degradation in three different ways. These include:

Habitat loss is when all of these factors come together and significantly change an ecosystem to the point where it can no longer provide the food, water, shelter or other natural resources required for life. Natural disasters – like floods, droughts and hurricanes – can also cause habitat destruction.

If a habitat is “lost” then the animals and plants that lived in it will either die or be forced to move to another area. So, habitat loss can cause loss of species, but it can also put strain on other ecosystems that become hosts to displaced animals.

Which animals are most affected by habitat loss?

Many of the animals that have been most affected by habitat loss are the larger species that often depend on the natural habitat in a bigger way.

The animals most affected by habitat loss

Asia houses more than half of the world population and around 20% of the people on Earth are estimated to live in or near to Asian elephants’ habitats.

This makes for close quarters for people and elephants and means that as communities expand, Asian elephants’ habitats are easily taken over.

The Asian elephant population is listed as endangered on the International Union for conservation of Nature’s (IUCN’s) Red List of Threatened Species. The population of Asian elephants has dropped by 50% over the last 75 years and their numbers are still decreasing steadily. Original image: Gorilla by Dalibor is licensed under CC BY-SA 2.0

Many of the areas known to make up the gorillas’ natural habitat have been cleared for agriculture or development.

Mountain gorillas have also been affected by the illegal harvesting of coal for use in cooking and heating. This mining takes a toll on the mountain terrain and results in the degradation of the natural habitat.

In addition to habitat loss, gorillas are also vulnerable to poaching.

Mountain gorilla habitats are some of the most affected by habitat loss and the IUCN lists mountain gorillas as critically endangered with only 2,600 mature individuals alive today. Before the twentieth century, the tiger population was made up of eight subspecies, but this number has since dropped, with three subspecies becoming extinct over the last 100 years.

Tiger habitats include a vast array of terrains, from forests and grasslands to mangrove swamps and savannahs. But, with climate change and human activity reaching every corner of the globe, tigers living in all types of natural habitats have been affected.

The IUCN lists tigers as endangered. The subspecies most affected is the Bengal tiger, which lives in the tropical forest ecosystem of India. This is because, in India, forests support the livelihoods of around 275 million people and the growing population means that more and more pressure is being placed on forest ecosystems. As a Bushwise Field Guides participant on a Field Guides Association of Southern Africa (FGASA) accredited internship, you could get involved in work that adds to the well-being of an African animal that was recently in the midst of a silent extinction.

Giraffe habitats include grassy plains as well as dense forests, but the majority of the giraffe population lives in the savannah.

The conservation status of giraffes wasn’t always given a great deal of attention and this meant that when giraffe numbers started to drop, no one noticed for some time.

All giraffe habitats are affected by the biggest global challenges, like the overdevelopment of natural spaces.

The African savannah is also vulnerable to desertification, a process where arable land becomes dried out and depleted of nutrients. This can occur due to frequent droughts and rising temperatures, and in some cases overgrazing.

Because of this, maintaining the health of giraffe habitats is becoming a tougher task with the rise in global temperatures and an increase in the occurrence of overgrazing.

Giraffes are currently listed as vulnerable by the IUCN and addressing the effects of human activity on giraffe habitats is key in ensuring these creatures’ population size doesn’t decrease any further. We’d be skimping on our understanding of habitat loss if we didn’t also consider ocean habitats and how human activity is affecting these ecosystems.

Animals like vaquitas, dolphins, sharks, sea turtles and manatees make up some of the world’s most endangered species.

And World Habitat Day may hold even more importance in highlighting the well-being of aquatic creatures. This is because not as much is known about aquatic habitats and how to address the challenges facing them when compared to terrestrial terrains.

But with more people getting involved in work aimed at maintaining natural habitats, we can make an impact where it matters and learn more about supporting the well-being of animals and plants while we’re at it.

We can also build on sustainable development and add to our relationships with plants and animals in a way that benefits us all.

Get ready to make a meaningful impact this World Habitat Day by joining our Bushwise FGASA Field Guiding and Conservation Careers internship and contributing to healthy habitats.

BY: Ross de Villiers Camp manager blogs are written by our students who each get a ...
Location of the Lowveld The Lowveld is an area that lies within two provinces of South ...
BY: Oliver Harvey, Bushwise Student 2020 Week four has come and gone already and what an ...