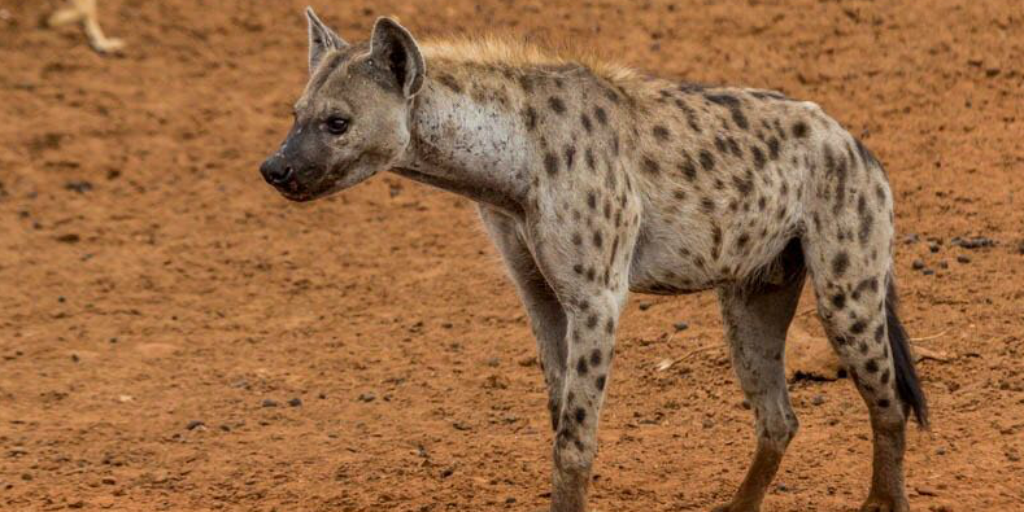 Why hyenas aren’t the black sheep of the savannah

The Crocuta crocuta is one of the world’s most successful hunters, has a super keen sense of smell, and striking cat-like features. Did you get hyena from all that?

Many of us know hyenas as shaggy beasts with a shifty gait and an unnerving cackle of a call. But why have these features overshadowed their success as predators and the interesting social behaviour of these African grassland animals?

Well, it may have to do with their looks, or even how they’re portrayed in kids films. Whatever the reason, we’re getting to know much more about these African animals, and the findings are painting hyenas in a very different light.

What to take from pictures of African animals For many of us, pictures of African animals are our first introduction to these wild creatures. And who tells us what we’re seeing in these pictures, and gives us background on the African wild animals captured in the shot?

It’d most likely be a teacher, a parent, a tour guide at a museum, or – if you’re lucky – a conservationist with experience working with South African animals.

Keep in mind that not everyone is an expert on African wild animals, or able to give a valid description of what South African animals are really like.

For example, male lions are often snapped roaring fiercely, chasing after prey, or striking a regal pose while surrounded by their partners and progeny. This pushes the idea of lions as the kings of the savannah, and can easily sell you on their regal status. Hyenas on the other hand are often photographed dipping their heads into a meaty morsel, while shiftily raising their eyes to survey their surroundings. Or, you may have seen an image of them midstride, head lowered as if they’re running away after doing something sly.

A picture is worth a thousand words, but whether those words are well informed or not is up to you.

For years pictures of hyenas portrayed them as some of the world’s sneakiest scavengers. But today we know that they’re actually highly skilled predators, brave enough to take on lions or tackle large prey – like buffalo.

Here are some facts about hyenas that’ll make it clear why they’re just as dashing as every other African animal.

There’s not just one type of hyena 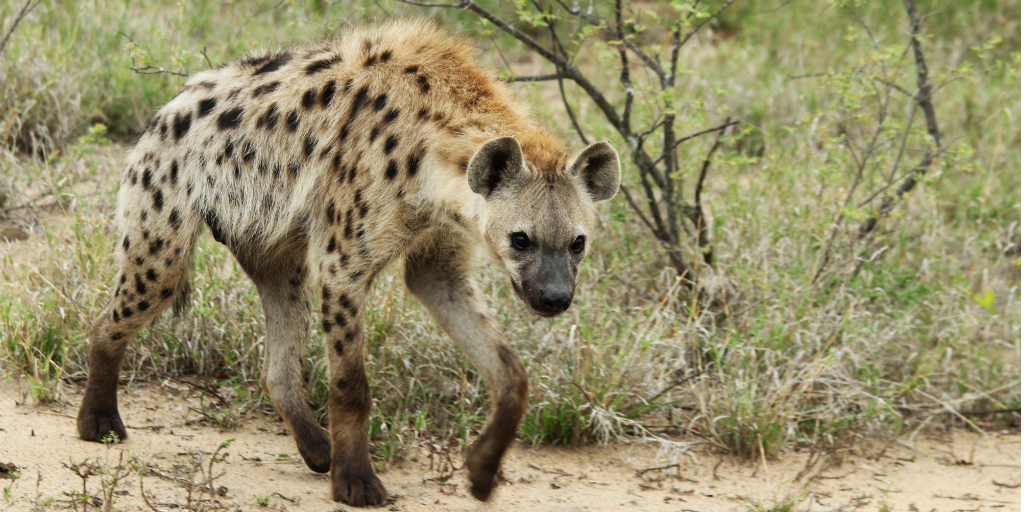 While hyenas are probably best known as being African animals they’re also found in southwest Asia and India. Hyenas aren’t a very diverse group of animals and there are only four different hyena species:

These creatures range in size from 10–80 kilograms and have a bushy tail and rounded ears in common.

Hyenas also have forelimbs that are longer than their back limbs, and this is one of the reasons why they move the way they do – being taller in front makes them walk or run as though they’re moving uphill.

Another identifying feature of all hyena species, except for aardwolves, is their huge jaw and massive premolars and molars that all come in handy for crushing bone.

This canine-like feature may come as no surprise. After all, you probably pegged hyenas as a wild dog of the African savannah anyways? But what if we told you that hyenas may be cat-like too?

Cat or dog? Well, hyenas may be both. There’s just something about hyenas that can easily remind you of your pet rottweiler, or neighbour’s alsatian. Then again, they don’t perfectly fit the mould of any dog or wolf you’ve seen before, do they?

That’s because, although hyenas have many canine characteristics – like catching prey with their teeth and not spending time in trees – they have some striking cat-like features too.

These are some of the cat-like features that hyenas have: So maybe you’re still thinking, “Well why did the hyenas live in a shadowy cave in an elephant graveyard in the Lion King if they weren’t social pariahs?” Again, don’t just believe everything you see or hear, even in your favourite childhood tale.

Hyenas live out on the sunlit, grassy plains of the savannah, in woodlands, at the edge of forests, or in desert terrains – usually without an elephant skull in sight.

Spotted and brown hyenas live in social structures known as clans, or with one other hyena. Clans can consist of 3–80 members depending on the species. Aardwolves and striped hyenas are known to be solitary, but also form groups at certain times of the year and have important social interactions.

Male spotted hyenas bow to females before mating, striped hyenas nurse their young for up to 12 months, and female brown hyenas communally care for offspring by nursing each other’s cubs. Many hyenas spend part of their lives alone once they’ve matured, but this type of behaviour is seen in many African wild animals, like leopards, civets and caracals.

So, the next time you’re looking at pictures of African animals, watching a movie, or listening to someone’s description of hyenas, don’t just assume that your first impression is the right one.

Make sure that you take the time to learn your African animal facts, and find out for yourself from reputable sources when you aren’t sure if something’s true or not.

It may mean the difference between you gaining insight into one of the most interesting African animals, or having an uninformed image stuck in your mind.

Take a look at Bushwise Field Guides’ Wildlife Research Expedition where you can get out into the bush and learn about hyenas and other South African animals for yourself.

A 4am start for the first day of the start of my student life as a ...
Field guiding is far more about people than animals. You may spend ten hours a day ...
Camp manager blogs are written by our current students who each get a chance to lead ...