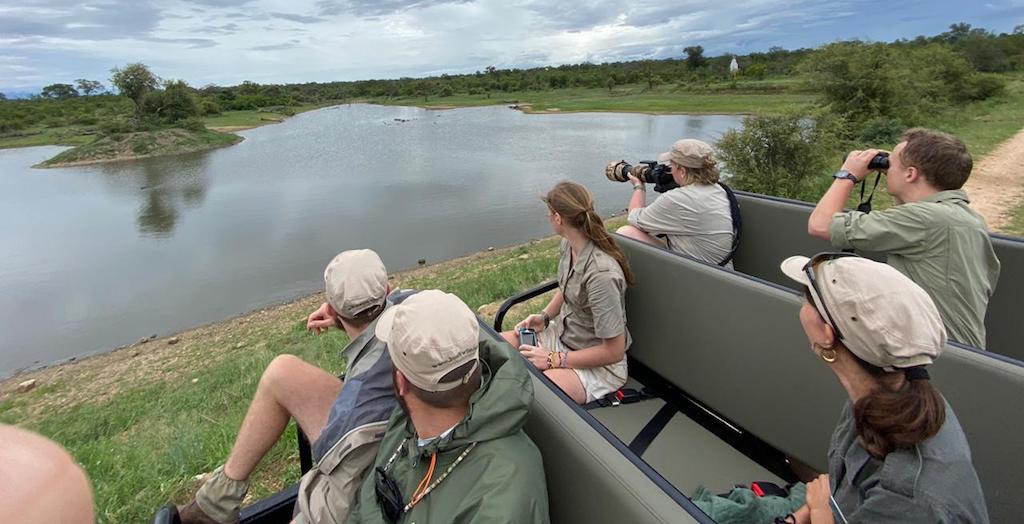 In 2020 we have welcomed a record number of 32 students completing the long term comprehensive course with us. Split between two campuses each group will have experienced trainers at their disposal to mentor and train them. Put in smaller groups during the training, they will rotate between all our trainers during practicals, making it eight students per trainer on game drives and getting the best of each of their perspectives and specialities.

Students have come to join us from the UK, USA, Netherlands, Belgium, Germany, and of course plenty South Africans to start their careers!

We look forward to getting to know them and seeing where their journeys take them. Nestled between the Greater Makalali Private Game Reserve and Pidwa Private Game Reserve of the South African Lowveld, this special and remote location provides the opportunity for Bushwise students to get up close and personal with the Big Five animals of Southern Africa. There is also an abundance of other amazing flora and fauna.

The lodge is located on the banks of the Makhutswi River, with hippos and crocodiles as local residents, as well as the frequent Big Five visitors to the water hole for a drink.

We have exclusive use of this lodge for the class of January 2020 for the next six months until they move onto their placements. We will then take a second group in July 2020 for the second half of the year.

Upgrade to the existing campus –  Mahlahla

Towards the end of 2019, Mahlahla campus underwent a little makeover. Fresh paint and varnish, new thatch and some TLC here and there. Together with some students and our amazing staff on campus,, they managed to give the campus a facelift. Animals on site have also enjoyed recent rains and provided the students and staff with up-close sightings from the classroom!

‘I was a Bushwise student back in 2009 under the guidance and mentorship of Mark Mongomery, Sean Robinson and Wayne Te Brake. I said to Sean and Wayne I wanted to do training back then and I have come full circle and returned to share my passion, my drive and experience to new potential guides.

I have been guiding for the last 11 years all in 5-star lodges, in and around KNP, Sabi Sands, Timbavati and Thornybush. I have been in the Thornybush Nature Reserve for the past 7 years.

I have built many friendships in the area and have learnt a lot. Especially tracking through the help of my tracker Ishmael Hlokowane at Thornybush. Walking and tracking animals I will say is my utmost favourite activity in the bush. Nothing better than getting off the radio and finding your own animals and have others rely on you for good sightings.

I have always wanted to be an assessor for FGASA and I knew I have to attain an SKS qualification.  So I studied and practised my birding until I attained my SKS Birds to help further my career.

I wish to keep walking and tracking and get enough experience to attain a higher tracking qualification and eventually become an FGASA SKS DG Guide and the ultimate, FGASA Scout.’

‘Nature has always been my passion.  I wanted to study nature conservation after school but due to numerous rumours that there are not enough opportunities for females in that field, I decided to study Tourism Management instead and received my diploma in 2008.

In 2009 I started working at Mabalingwe Private Game Reserve in the Waterberg and came across my first female guides in the industry.  Within a few months, I yearned to be a field guide, to entertain people in the bush and learn more about animal behaviour.

In 2010 I left Mabalingwe to go to Lion Sands in Sabi Sand Game Reserve where I started as a receptionist, were promoted to stock controller and later helped with shop management.  At that time Alan Ronchini started a guiding academy (today, known as NJ More Field Guide Academy) at Lion Sands. I joined their game drives and training in my off time and wrote Apprentice Field Guide in 2010 and Apprentice Trails theory in 2011.  I gained a lot of experience hosting, serving, working with people and learned how every department in a lodge is dependant on each other as well as greatly influenced by each other.

In 2013 I started in Thornybush Game reserve as Lodge Manager.  In November 2013 I finally decided to follow my dream. I started my guiding career at Entabeni Game Reserve in the Waterberg.  It was the best decision I have ever made!

In the past 6 years, I have worked in numerous different reserves and biomes, gained a lot of experience and raised my qualifications to FGASA Specialist Field Guide (Previously known as FGASA Level 3)  and trails guiding.  I am not planning on stagnating any time soon and hope to have Professional Trails qualification by the end of 2020 as well as Tracker Level 2.’

So here’s looking forward to 2020, with amazing rainfall so far the bush is looking lush and green, the best it has been in the last few years.

Sightings in the first week of the course have been excellent, with the Big Five already in the bag!

BY: Zaytoen Domingo Have you ever wondered what a wildlife professional does in a day’s work? Let’s ...
BY: Andy Dill, Bushwise student 2020 I recently came across a quote by Hal Borland which ...
As we begin the next Bushwise Professional Field Guide course, alumnus Gareth Jones has some words ...