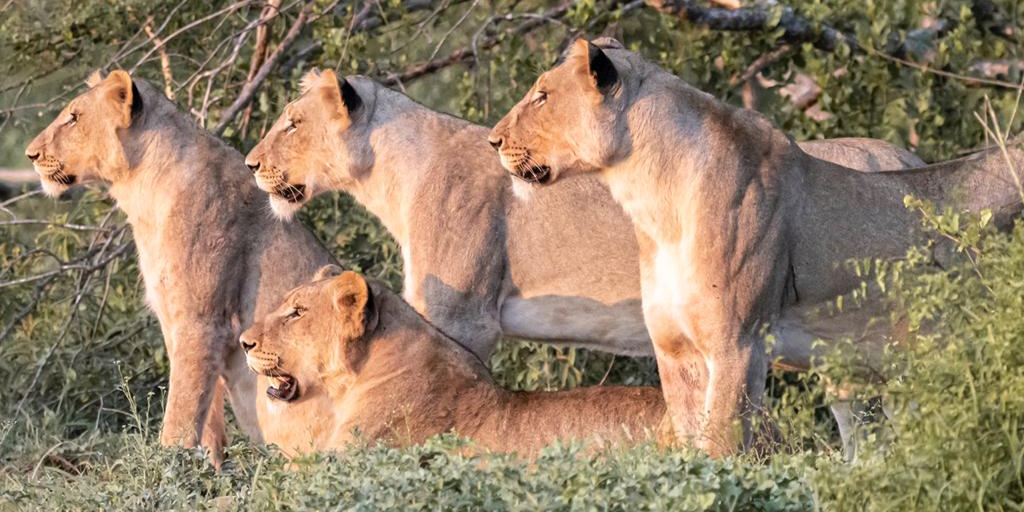 African nomenclature is rife with symbolism and meaning. Bushwise general manager, and true master of the field – Trevor Myburgh – explores the symbolism behind the names of Southern Africa’s most notorious animals in this series.

The Zulu word for lion Ngonyama means ‘the master of all flesh’. This name consists of two words, ‘ngo’ meaning very high, and ‘nyama’ which means flesh or power.

Another Zulu term for lion is Ibubesi, meaning ‘to make the final decision’. This variation supports the belief that the lion is king of the beasts; and includes the lioness’ representation of the moon, femininity and fierce motherhood. In Shangaan, ku va nghala, or simply, Ngala, literally means ‘to be a lion’ and translates to being brave or ‘to fight like a lion’.

The African people have always known of animals more powerful and fearsome than the lion (such as the hippo, elephant and rhinoceros) and so they revered the lion as being the judge of the animal kingdom.

A judge who weeded out the weak (antelopes) by eating them; and mad hyena’s (free loaders) by killing them. One African proverb says “The mad hyena who causes other animals to weep will feel the heavy paw of the heavenly lion fall upon him,” illustrating the point that justice will prevail.

The myth and the majesty

Like all cats and other catlike animals, the lion is believed by some African tribes to possess powers to protect the Earth from demonic entities.

Although most tribes in Africa have revered and admired the lion for aeons, there are a few who view this noble beast as the very personification of evil. One of these tribes, which have historically kept large herds of cattle (the favourite food of lions), named the lion ‘the beast of a thousand omens’ – a viewpoint fuelled by their shamans and healers. Mystery and intrigue swirls around an even more elusive entity, the infamous ‘white lions.’ Zulu witch doctors and other African elders regard white lions as the fulfilment of ancient prophecy, identifying these majestic creatures as “angelic messengers from God.”

They believe that white lions are the most sacred animals on the African continent and are placed here to deliver sacred messages for humanity during times of great crisis!

Has the symbolism of the names of the Judge of Beasts captured your imagination? Stay tuned for more fascinating revelations throughout the year.

BY: Annie DuPre, FGASA NQF2 and Apprentice Trails Guide In the northern hemisphere, the cold December ...
Original photo: "Serengeti 24"by Abeeeer is licensed under CC BY 2.0. BY: Zaytoen Domingo Once upon a time, a ...
BY: Alex Walker, Bushwise student 2020 I never grew up on a farm or around bush ...