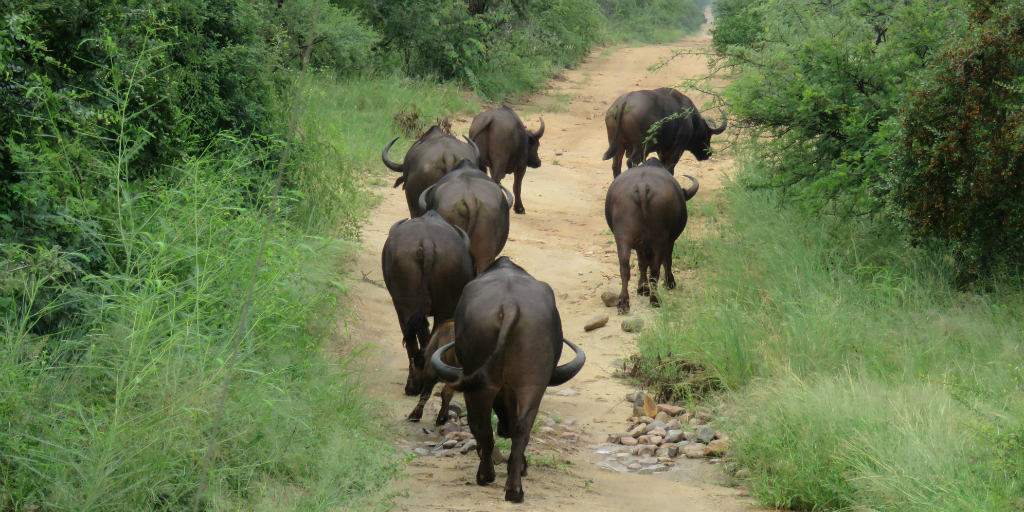 Water buffaloes and humans have a shared history spanning more than 50 centuries. But, how well do we really know one of our earliest animal companions, and what are we doing to ensure that they’ll be around for centuries to come?

The water buffalo is a cousin of the cow and, just like cows, this buffalo species has played a major role in the development of society.

Let’s learn more about the water buffalo, and how they became an important part of human history.

How is the water buffalo different from other types of buffalo? The water buffalo (Bubalus bubalis) differs from the Cape buffalo (Syncerus caffer) in a number of significant ways:

But, did you know that, due to their domestication, there are now also different types of water buffalo?

The different types of water buffaloes After centuries of living different lifestyles, it’s no surprise that domestic water buffaloes have undergone some major adaptations that make them quite different from wild water buffaloes:

Today domestic water buffaloes are known as the “tractors of the East” because they still play a big role in the farming industry in Asian countries.

Why are water buffaloes an important part of human history? With more than 70 breeds of domestic water buffalo in existence, it’s clear that human beings weren’t just taken aback by these bulky bovines, but they were keen to keep them close.

Why did human beings decide to domesticate the water buffalo in the first place?

What is it about water buffaloes that had human beings hooked? Well, just like the cow, the water buffalo could provide a wide variety of resources like the following:

Centuries later, research by the Food and Agriculture Organisation (FAO) shows that more people depend on water buffaloes for their livelihoods than on any other domesticated species on Earth.

What’s the future look like for the water buffalo?

In fact, the International Union for Conservation of Nature’s (IUCN) Red List, states that there are only 2,500 wild water buffaloes left, and their species is classified as endangered.

It’s important that we work to conserve these creatures in order to conserve the environments they live in. If not, we run the risk of seeing this buffalo species becoming extinct, and finding out what effect their loss would have on environments worldwide.

Get involved in the conservation of the water buffalo by signing up for a Bushwise Field Guides, Field Guides Association of Southern Africa (FGASA) Professional Field Guide course or a Nature Enthusiast FGASA online course.

BY: Tasneem Johnson-Dollie There are tons of different types of tortoises on Earth and even more ...
The second semester started with a steep hill, but luckily we came prepared and were already ...
BY: Kevin Lefevre Camp manager blogs are written by our current students who each get a ...