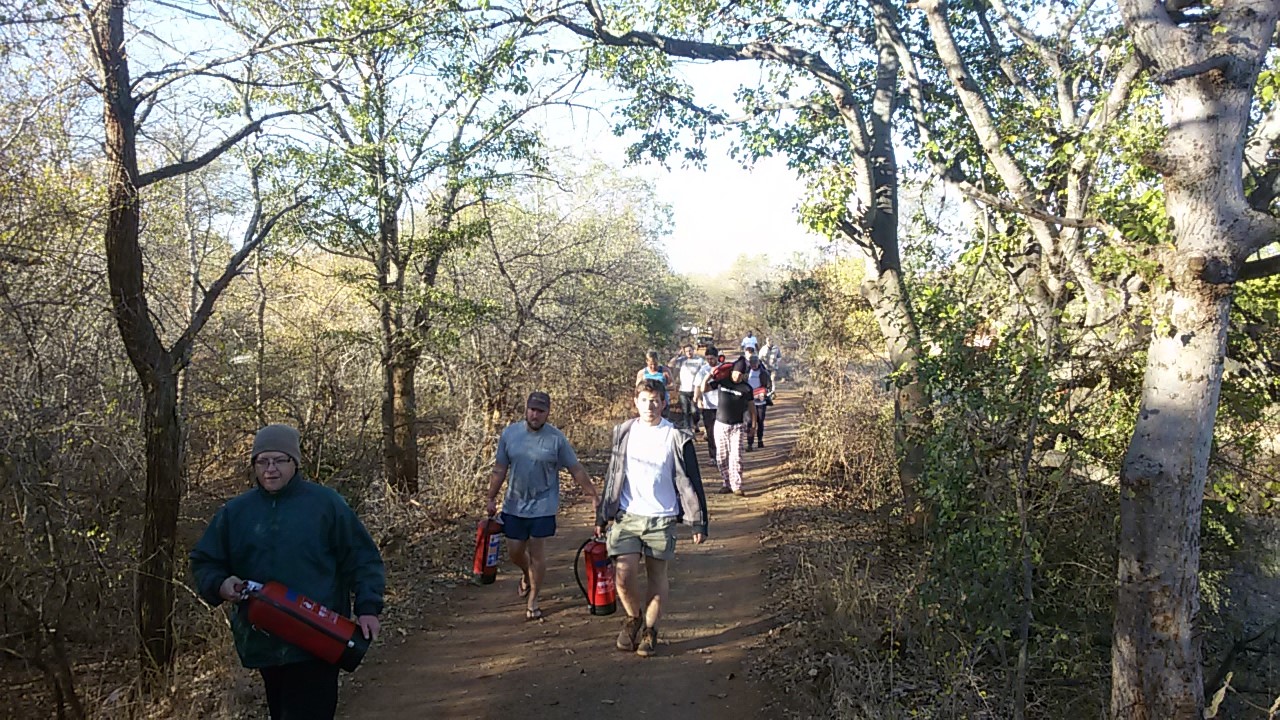 Weather craziness during the last week of 1st Semester

It certainly has been cold this last week, with temperatures reaching into the single digits on campus (Very cold for this area!) but the crisp mornings have brought so many great sightings of various animals, birds and natural interests that everyone has been optimistically waking up before sunrise to be out in the bush learning! Being the last week of the semester, the drives have dominated as everyone got a chance to do their first full drives. Being comfortable with driving in the African bush is the first step towards great guiding, and our students are now one step closer to their goals!

Health and safety was the next topic, and various emergency drills were done during the week, including a camp fire drill. Even though the students had never encountered this sort of drill on camp before, everyone was at the emergency points, armed with Fire extinguishers and ready for action within 8 minutes of the first fire alert! Safety of the guests on drive is also a number one priority, and the students were taught how to deal with various emergency situations which could happen whilst out on safari. Between the emergency drills, safari drives and all the other fun, we also covered Ethology (Animal Behaviour), Survival and Navigation as well as Mammals. With that we also covered a selection of birds and finished the week off with exams on all these subjects. After a gruelling few hours of tests and assessments, the students could smell the freedom!! We wish them all a peaceful week off, and look forward to the next semester when we will be starting off with some intensive tracking.

BY: Tommy Curley, Bushwise Student 2020 Another early start this week with our first two exams, ...
BY: Zander, Bushwise student 2020. No matter how fast you are - no one will outrun their ...
After months of waiting, we finally arrived last Saturday at the Bushwise camps to start the ...