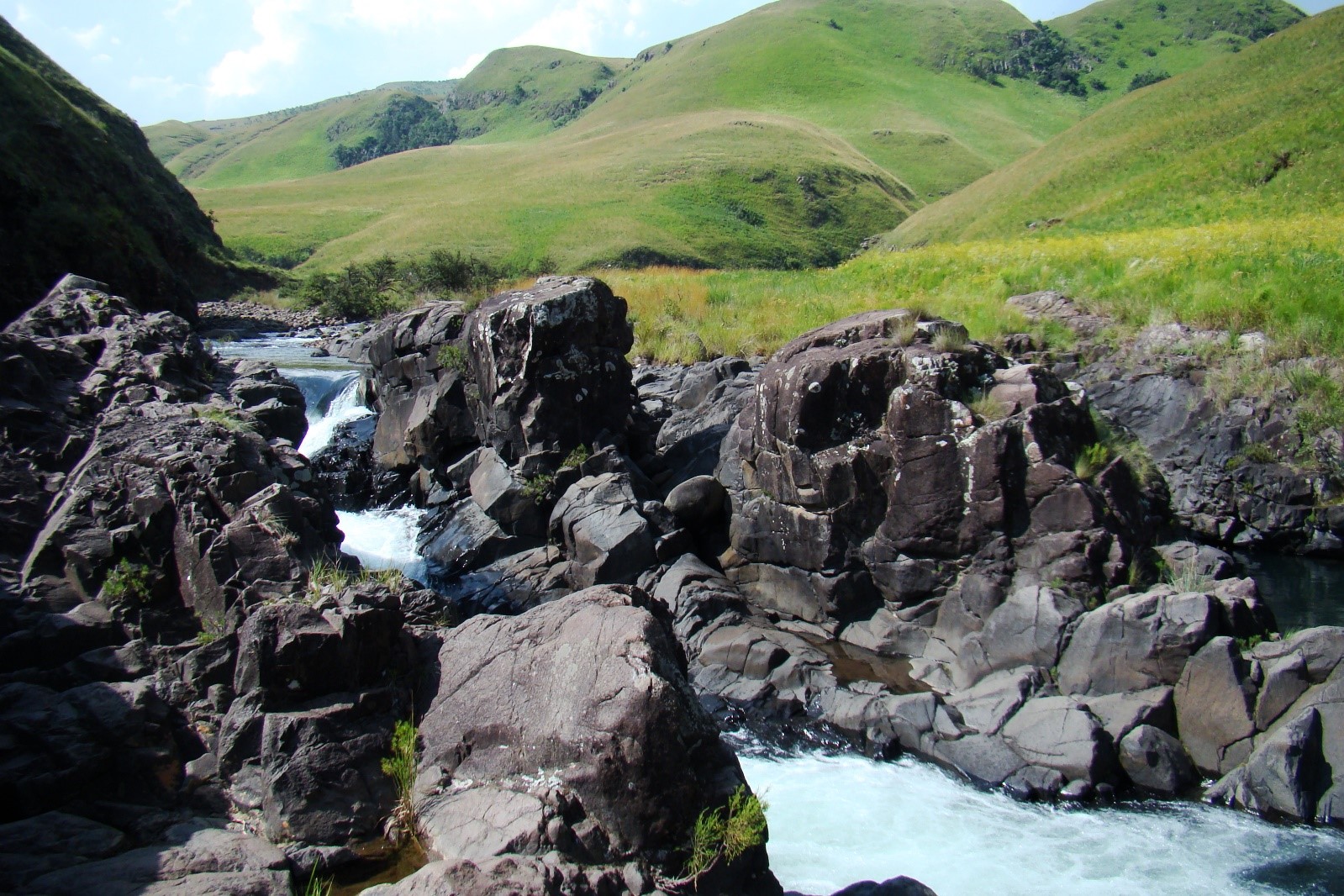 What time of the year is best to visit South Africa?

Often referred to as “Sunny South Africa”, this phrase is has proved to be true for South Africa. In general South Africa has some of the more agreeable weather in the world. South Africa is a large and diverse country with a climate that varies from region to region and has various things to offer in terms of landscape and natural wonders.

For many travellers to this vast and diverse continent, wildlife is the major attraction.

Wildlife Safaris are often very high on the agenda, followed by the Garden Route, Cape Town, the whales of the south coast , the flowers of Namaqualand, the Drakensberg Mountains and of course the hundreds of kilometres of beach destinations to choose from. There are some adventures in South Africa that can only be experienced at specific times of year. For example, if you want to experience the world-famous Namaqualand daisies, then September (our spring) is the time to visit. The famous Sardine Run, a unique phenomenon when millions of sardines travel up the east coast of South Africa causing a feeding frenzy that attracts thousands of sharks, dolphins, whales, birds and other ocean predators, occurs between May and July.

The seasons fall in the year as follows:

Winter is best! Here’s why!

The drier winter months between May and October is the best time for superb game viewing on a game drive in Kruger National Park, Madikwe, Pilanesberg and KwaZulu-Natal. The negative side to being on safari during the green season is that fact the bush is thick and therefore visibility can at times be limited. Another factor to consider is that surface water scattered all over the bush, causes game movements to become less predictable, in that there is now no reason for animals to go and drink at the traditional permanent water holes and rivers as they would have done in the dry season. Let’s not forget the temperature which can reach into the 40’s.

What about the Cape & other regions?

Autumn, winter and spring are also ideal times to visit the Northern Cape’s wonderful national parks with their black-maned lions, and is a good time to enjoy animal tracking adventures with the Kalahari Bushmen. During summer months, temperatures here can get unbearably hot.

As for the Namaqua National Park – an arid semi-desert landscape with mountains, roads, rocks and shrubs. In spring the transformation of this landscape is completely transformed by a blanket of beautiful flowers. The world’s smallest tortoise, the speckled padloper (padloper means ‘path walker’), is found in Namaqualand. From horizon to horizon, orange daisies take over the Namaqua National Park in spring. It’s a sight so beautiful and unique, it’ll take your breath away.

The timing of the flowers and how many will bloom changes every year but its guaranteed that sometime between August and the beginning of October the dusty land will spring to life. It’s also rich in bulb flora and over 1000 of the estimated 3500 plant species that occur here are found nowhere else in the world.

Hiking in the Drakensberg Mountains is also great all year round. Do be aware that in winter, night temperatures can drop below freezing, and snow can sometimes be found in the higher reaches. During the summer months, afternoon thunderstorms are a frequent occurrence. You can visit cascading waterfalls and crystal clear streams in summer with an array insects, birds and small mammals.

A very special slice of Africa, the iSimangaliso Wetland Park St offers Eco tourists some of the most diverse wildlife and outdoor experiences imaginable.  Besides Lake St Lucia – a unique, 38 000 ha expanse of lake, islands and estuary – the park incorporates an astonishing variety of habitats ranging from the Ubombo mountains to grasslands, forests, wetlands, mangroves and vegetated dunes, with magnificent beaches and coral reefs.

You can dive on coral reefs or walk for miles along golden beaches; explore great dunes and wander through magical coastal forests; roam across grassy plains as the wind carries the whistling calls of reedbuck on the alert, go fishing or take a boat cruise on Lake St Lucia. So, no matter what area you go to, you will no doubt find something special and memorable which will make you wanting to come back, again, again and again………

BY: Annie DuPre, FGASA NQF2 and Apprentice Trails Guide In the northern hemisphere, the cold December ...
BY: Franco Hay Camp manager blogs are written by our current students who each get a ...
BY: Edward Smith, Bushwise trainer Take a moment to think about going a day without seeing, ...