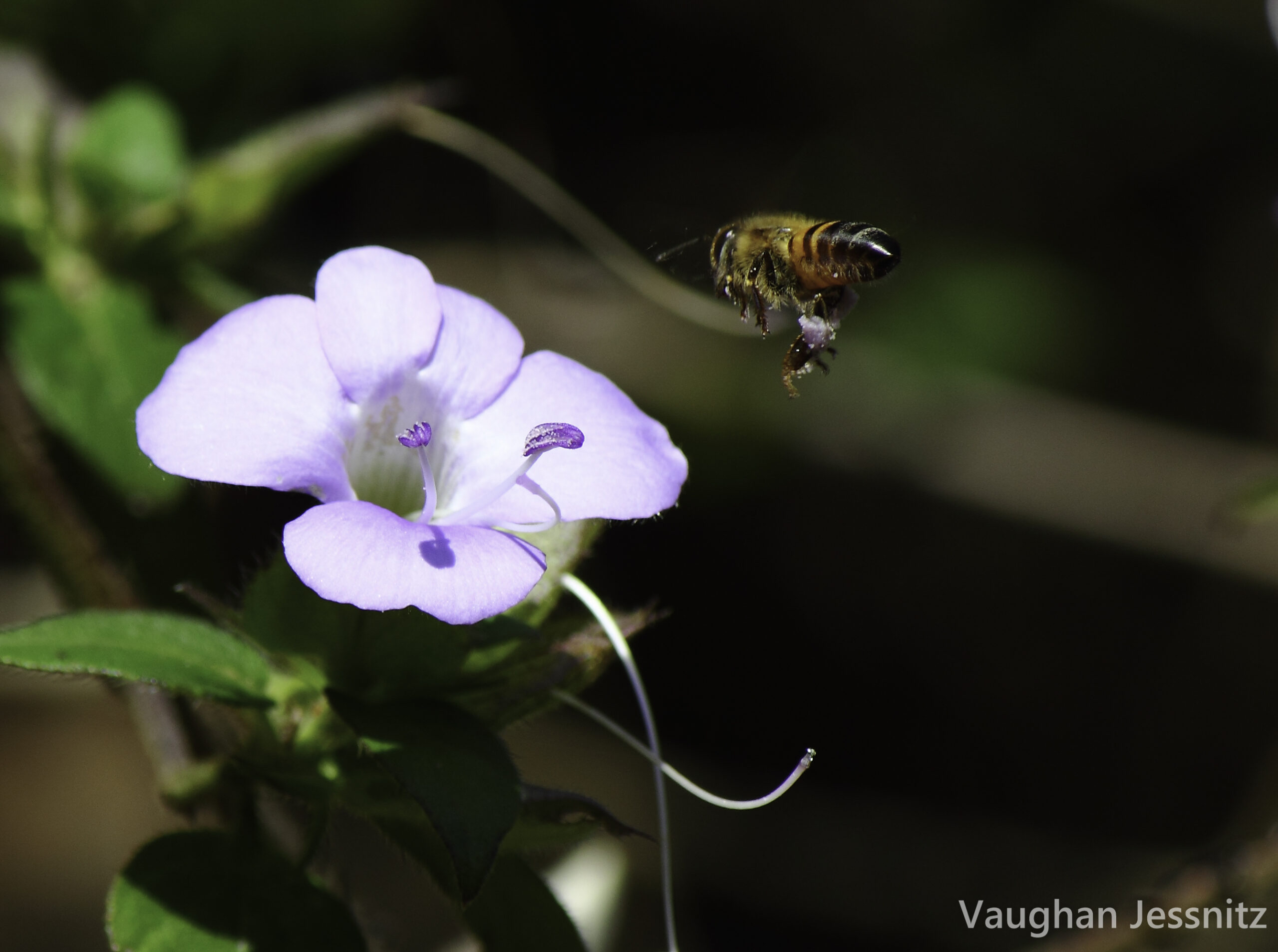 With Spring around the corner in South Africa, officially only starting on the 23rd of September, the Lowveld has started taking to its gorgeous yellow and red colour as thousands of Knobthorn and Boer bean trees start to flower. Along with the millions of flowers come the many different insects and amongst them one of the most important to our very survival, bees.

“If the bee disappeared off the face of the Earth, man would only have four years left to live.” Whether this statement was actually made by Einstein or not, it is still a serious cause for concern and has raised many eyebrows over the years. It’s BEE-lieved that the Northern hemisphere bee populations have reduced with as much as 45%. This is an enormous percentage as one-third of all the world’s food crops are pollinated by bees. These food crops are not only utilised by us as humans but our livestock, as well as many other butterflies, bugs, birds and mammals. Although the South African populations have not decreased by such drastic numbers yet, many bee populations and species are already under threat.

Here, both on campus and in the field we see a variety of different insects, birds, butterflies and even bats also playing their vital role in pollinating various plants. Bees are what we refer to as apex pollinators and are responsible for pollinating up to 90% of all wild plants, and are therefore in need of our support. Continuous agricultural practices such as monocrops are one of the many threats to bee populations but various pesticides along with climate change are said to be amongst the most threatening to most species. We as conservationists can only do so much to protect our beautiful black and yellow friends and can, therefore, make use of a few simple ideas and tricks to save bee lives.

Just like most animal species in both cities and the bush, bees rely on water and it’s a great idea to have either shallow standing or running water made available to them. Planting indigenous trees and flowers provide the perfect habitat and snack for bees. Plants such as basil, sage, thyme or lavender is regularly available and take little effort to grow in your garden or a plant pot. I have very recently moved into my own accommodation on the Bushwise Mahlahla campus and spend most of my weekends working in the garden. I currently have various flowers growing in and around the garden and our campus “veggie” garden is being prepared with many other plants dependent on bees. Nectar feeders are also great ways to attract both birds and bees but to ensure bees do not drown in nectar feeders a fine net or even shade cloth can be placed over the entrance to prevent bees falling inside while still allowing them access to the sweetened water.

Although various ideas are currently being tested on how to feed the continually increasing human population, no sustainable methods have yet been perfected, so, therefore, it is important that you and I as both guide and conservationists make the continuous effort to save their lives and all other species that depend on them.

Some images in this article were taken pre-COVID-19. BY: Francois Theron This blog was written by ...
With the end of winter drawing close and spring in full start, the anticipation of a ...
Since numerous excellent articles have been published regarding the above-mention title, the writer is sharing his ...