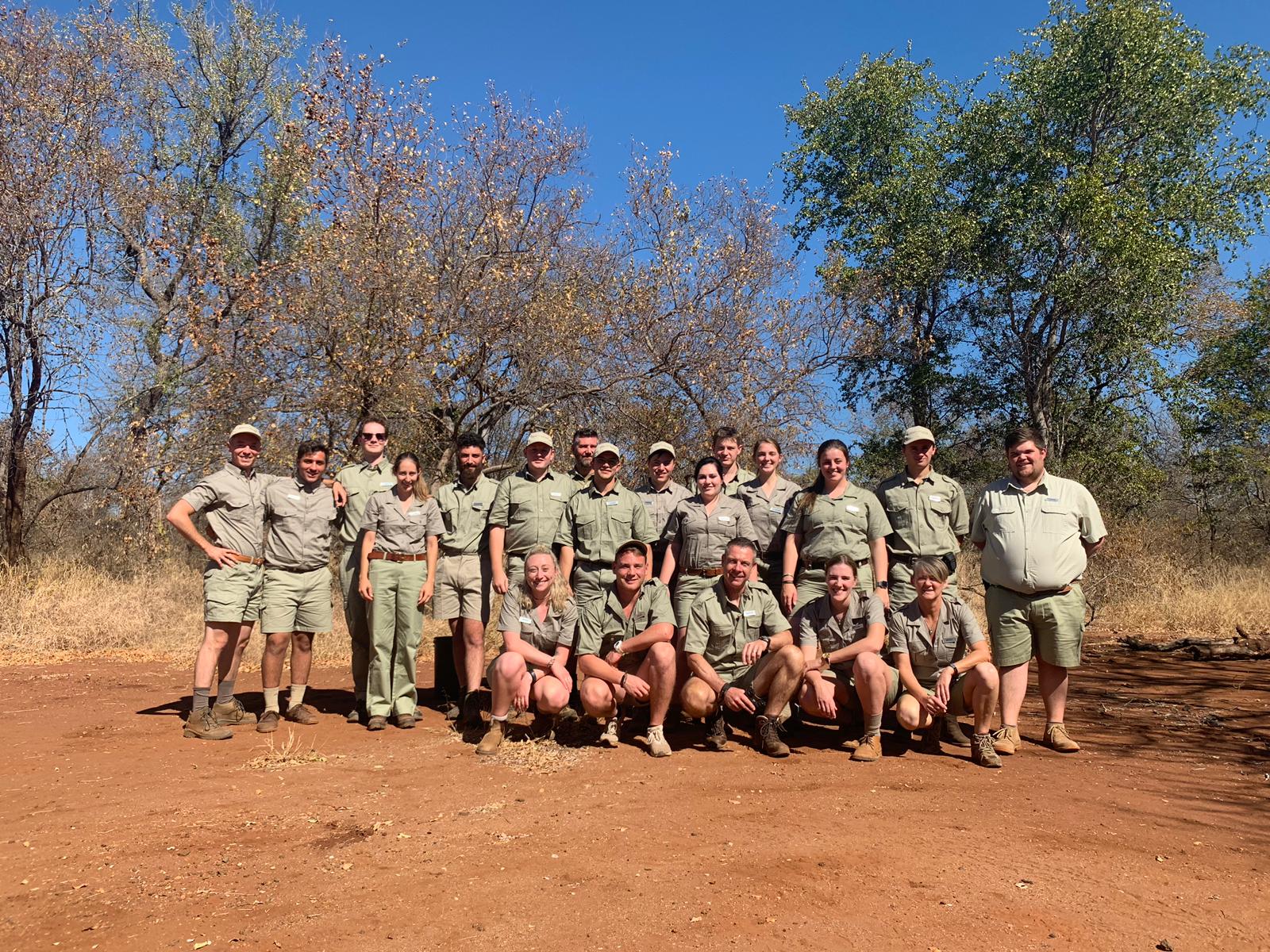 The week of ‘firsts’

And so the excitement starts….

Our week started off with having an overload of information forced into our brains, from what makes you a professional field guide, to the anatomy of how trees and grasses sustain themselves in this harsh African environment.

We were thrown into the deep end with having to do our very first game drives and I was 1 of the first to get behind the steering wheel! What a scary and thrilling feeling that was.

However, before we play ‘field guide’, we had to know the ins and outs of the vehicle, which included changing a flat tire…. What a mission that was! You would not expect a tire to be so heavy, but we managed to get it changed and was ready for the next day’s adventure.

We went into the reserve in the early morning hours right before sunrise. The morning chill was quite intense and we had to cover ourselves with blankets, beanies, gloves and scarves on the open 4×4 safari vehicle.

During our drive we where shown the different kinds of botany, tracks and even investigated some dung to determine which animals were in the area. We stopped for our coffee break, where we enjoyed the beauty of nature and lisiting to the sounds of birds chirping away in a distance.

Arriving back at camp, we had brunch made by our very own Bushwise Chef. Thereafter it was back to the reserve for our afternoon drive. We had the privilege of having the most amazing encounter with an Elephant heard. The elephants were quite curious and come up close and personal to investigate this weird looking animal (the bakkie). Having found that it was just us enjoying their presence, they soon moved off into the bush.

On our way back to camp, we had the most unexpected sighting. About 4 kilometers from the camp gate a leopard was seen strolling along the fence line. Unfortunately we could not get a good look as he soon darted off into the thicket of the bush. It is true what they say “You never know what you might encounter around the next corner”.

The week came to an awesome end as we had a wonderful sighting of a cheetha along with some lazy lions. We are truly blessed to be able to enjoy nature at its best everyday!

Speaking of firsts, have I mentioned that we are writing our first test this week?? Most of the weekend was spent with everybody’s nose in the books trying to learn as much as possible.

After studying, it was time for bed. However, the resident Sable decided to give me the fright of my life as I was heading back to my room. There was a russel in the grass, but I did not think much of it. The next moment he came face to face with me in the path way! I don’t know who got the biggest fright, but he dissapeared before I had time to even realise what had just happened.

There is never a dull moment when living in the bushveld!

BY: Zoe Zietsman-Brits Camp manager blogs are written by our students who each get a chance ...
The images in this article were taken pre-COVID-19. BY: Tracey Bruton This blog was written by ...
You have just left your family and friends behind, even potentially relocated to South Africa, to ...