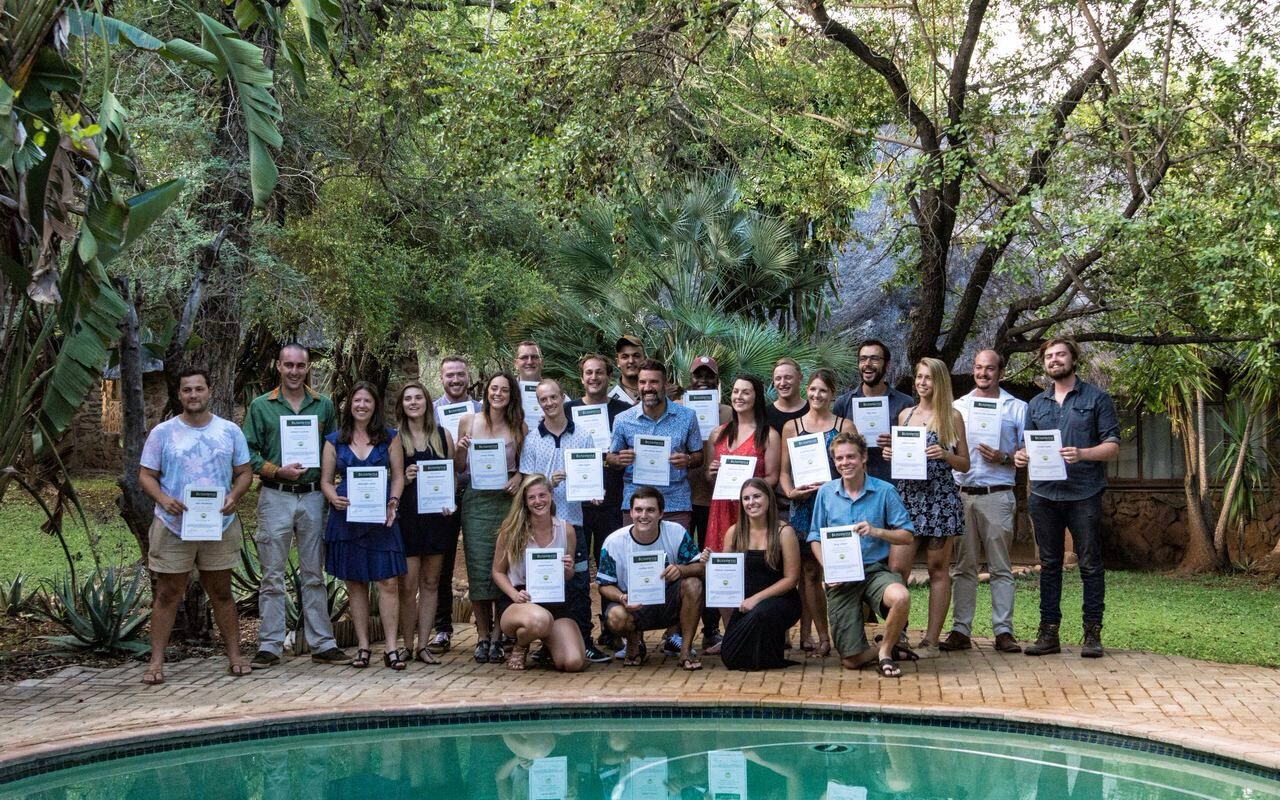 That’s a wrap for this Field Guide Course! Class of July 2017

The start of the final week on campus saw much needed rain and equally needed camp maintenance. For most this was followed with further bush walks – an opportunity for students to learning the art of lion tracking, as well as the surprising dangers of rapidly regressing warthogs. Meanwhile an equally intrepid, albeit it slightly less fortunate, band of international students heading into to the local traffic department for their South African drivers tests and to face the final bureaucratic challenges professional driver’s permits arranged ahead of their placements.

For those who had not passed the first time around, Thursday brought, the opportunity to take another crack at the infamous FGASA Advanced Rife Handling (ARH) assessment. Alas the low amount of shooting practice in the intervening weeks was reflected in an equally low pass rate, but a good time was nonetheless had by all on the range. Exam time – Back Up Trails theory

On Friday students sat their Viewing Potentially Dangerous Animals (VPDA) and rifle theory exams, which together form theory component for the Back-Up Trail qualification. With the final exam completed it was time for the awards evening where the students received their various certificates – Fist Aid, Track and Sign, off round driving, among others ­– which they had earned over the duration of the course.

And the awards go to….

In a Bushwise first the best all-rounder, being too close to call, was awarded to both South Africa’s own Marko Bosman and Juan Carlos Alonso, a man of Chicago Town, Illinois. While Michael Dodds was named the highest achiever. The evening gave the students the opportunity to celebrate their success as well as reflect on their experiences over the past 5 months. Now many are heading off Lowveld Trails in the Timbavati for a 12-day trails camp, where they will gain the hours and dangerous animal encounters required for the Back-Up Trails Guide qualification. Others are set to begin their placements or new job, and some are moving on to their next adventures.

Photo: Ben Coley The team at Bushwise has launched an exhilarating employment guarantee offer for South ...
By: Zarina Cooper During my first week as being camp manager, I read a quote that ...
Ahoy out there! What a week we have had! Back after a well-deserved off week and ...