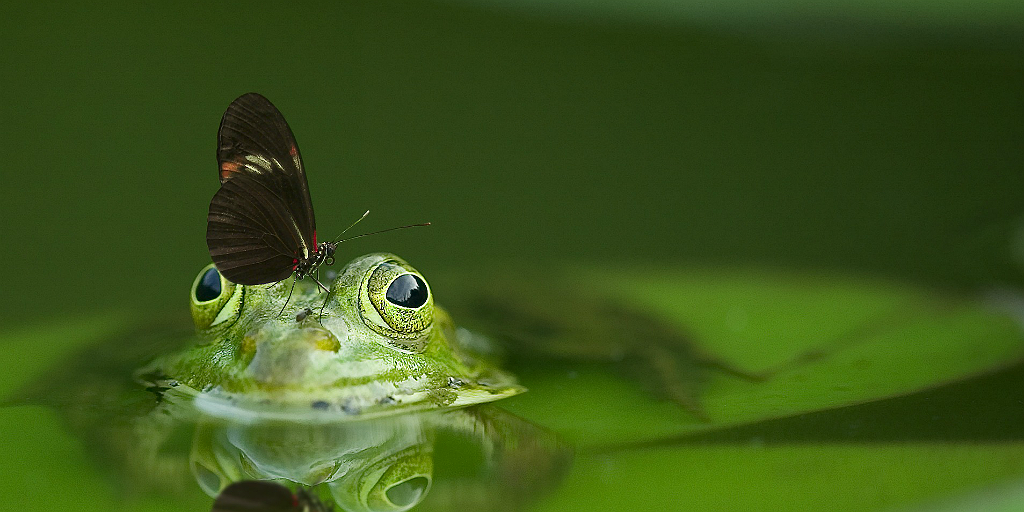 Save the Frogs Day: Why you should hop on board to save the frogs

Original photo: “Frog” by Frank Winkler is licensed under CC BY 2.0

SAVE THE FROGS! is an amphibian conservation organisation that created Save the Frogs Day in 2008, to run worldwide educational workshops on the importance of frogs. Find out why this organisation made the leap toward frog conservation.

The frog population has been experiencing major declines from as far back as 1970, from a fatal fungus that has already wiped out entire frog species, such as the Longnose stubfoot toad.

The SAVE THE FROGS! organisation was founded to spread awareness about the decline in frog population worldwide and to prioritise the conservation of amphibian species. This year, Save the Frogs Day will be on 25 April.

Do you know why frogs are important to ecosystems? Original photo: “Frog” by cocoparisienne is licensed under CC BY 2.0

Before we talk about why frogs are important, let’s get some jargon out of the way. What is a bioindicator?

A bioindicator is a living organism that can be used by scientists to find out the state of the environment that the organism lives in.

Frogs act as natural bioindicators because of their anatomy. A frog’s skin has many pores that help it to breathe.

So, if the water or air in an environment is polluted, the frog will absorb those pollutants too, which can affect their health. When frogs die, researchers can make use of their bodies to test what they’ve absorbed. Original photo: “Lotus” by Ryan McGuire is licensed under CC BY 2.0

This information is useful because it helps researchers to identify dangers in an ecosystem, the causes of death in frogs and other species, and possible threats on other species.

Having this type of information can help people to conserve wildlife and their ecosystems. It also helps researchers to monitor changes in the environment and to predict dangers before they arise.

Frogs are taking big leaps toward conservation. Are you?

Frogs are the eaters and the eaten — both of which benefit the ecosystem and other organisms. During the first stage of the frog life cycle, as eggs, they provide food for small organisms like insects. Original photo: “Tadpoles” by Alfonso Samanes Mateos is licensed under CC BY 2.0

Frogs also act as natural water filters. When they are tadpoles, they eat algae, and in doing this they purify water supplies. This is beneficial to any living organism that consumes that water.

When they aren’t providing food for other organisms, frogs are also predators and benefit the environment in this way too.

As adult frogs, they feed on all kinds of insects. This is mostly beneficial to crops, since insects feed on crops and damage them. Some insects, like mosquitoes, also carry diseases, like malaria. So frogs even control the insect population and protect human beings from diseases.

The next leap towards frog conservation

Are you wondering how this information is important to being a field guide?

Well, as a field guide, you are required to know about all organisms in the environment that you’ll work in, not just the big dogs (and cats). Conservationist courses, like the Field Guides Association of South Africa (FGASA) and Apprentice Field Guide (NQF2) courses, will allow you to learn about these organisms.

For example, Bushwise Field Guides offers a lecture on amphibians where you can do theoretical work on frogs. The instructors will also organise a frogging night where instructor, Vaughan, takes the students to a body of water on the reserve to identify as many frogs as possible.

Of course, frogs won’t be the main focus of the courses or your job as a field guide, as there are many other organisms that also make big leaps towards keeping nature balanced and protected.

Do you want to learn more about the importance of frogs and other organisms, and take part in protecting them?

You can hop onto wildlife conservation efforts too, and learn more about not only frogs, but many other important organisms in the South African bushveld.

We, the students of 2019, are in crunch time! To most of us our mock assessment ...
Some images in this article were taken pre-COVID-19. BY: Patrick Loam Camp manager blogs are written ...
After a long day (or two) of travelling, we arrived at the new Toro campus located ...