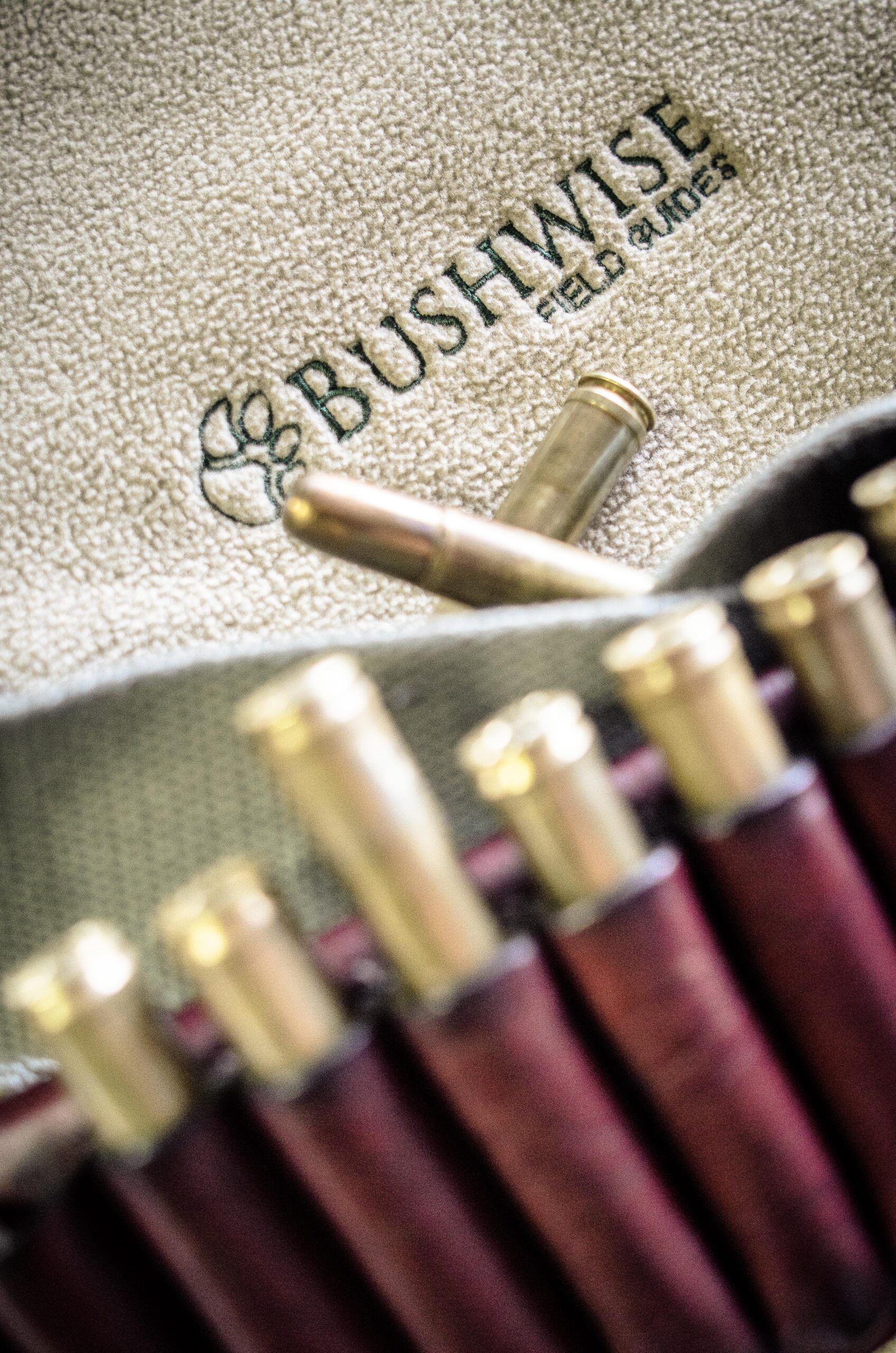 After a busy last week with tracking, this last week has been a bit more relaxing with no lectures. Instead it was dedicated to completing our SASSETA certificate, which is necessary to have to be assessed in Advanced Rifle Handling (ARH).

The group was split in two, with half of the students going to Tzaneen Monday-Tuesday, and the rest Wednesday -Thursday. In Tzaneen we went to the training facilities where we had to do the last theoretical rifle tests as well as the practical shooting. Doing the practical shooting we were assessed one by one. For the self-defence assessment we had to show that we could load a rifle (calibre .22) in a safe way, shoot five rounds, reload and shoot five more. In the assessment for business purposes we should load six rounds. The purpose of this was to prepare us for ammunition that doesn’t fire. Five out of six rounds were shot, the last one had to be loaded into the chamber but ejected instead of fired. In all we had to get 20 shots unto the targets to pass. For me it was the first time shooting a rifle so was a bit nervous. But it all went well. Everybody passed and are now ready to start practicing for ARH. The half that stayed behind did practical game drives, the last practice before mock assessments. During the drives there was some great encounters. Elephant close by, male lion running after giraffes, and the highlight for me was definitely the leopard sighting! She came down to a small dam for a drink, and then she walked off into the bush. We followed her for a bit and were lucky to have her walking by right in front of the vehicle into the bushes. Friday the group was again split in two. The international students who are doing placement went to Polokwane to get their traffic number so they can register for their drivers license.

The students left behind got to do a walking trail, which is always a great experience. This time one group encountered some giraffes and the other saw the tails of mating lions. In the evening we got the option to do a night drive at Makalali and what an experience that was. We stopped in the middle of a clearing looking at stars with hyenas walking right next to the vehicle. We also bumped into a herd of elephants where all lights on the vehicle was turned off  an all we could hear was elephants making their way through the bush pushing over trees.

Because there were no lectures doing the week, Saturday was a full off day with no tests. So, our final FGASA exam and practical assessments are finally upon us after all the preparations ...
By: Callum Evans Callum, a Bushwise graduate, looks back on all the weird and wonderful, small ...
It appears to be such a glamorous job to drive tourists around in open game viewers ...