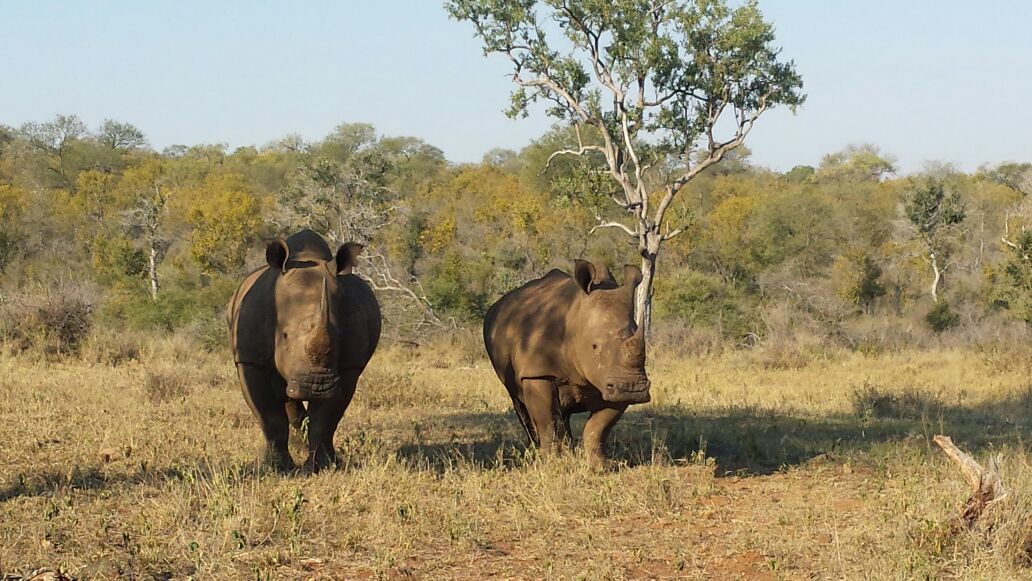 My personal experiences with the Rhino Poaching crisis

Wanting to spread awareness on this World Rhino Day, I struggled to come up with something new and something that is not posted every day about Rhino poaching which people actually want to read. Not everyone wants to see gruesome pictures of poached rhinos or get up to date figures on the deaths or any other reminders of how we are losing this battle so I decided to tell my story and what I have experienced first hand being involved with the fight against Rhino poaching.

From the mid-2000s something changed relating to the demand for rhino horn from Asia, which has placed rhinos throughout Africa increasingly under attack. Since 2008, rhino poaching had skyrocketed year on year. Last year, going over 1,000 deaths. I was working at a beautiful mountain lodge bordering the Kruger National Park, on the Southern border near Malelane. It was not a very large reserve but there were a few White Rhino. The biggest issue facing that reserve was meat poaching and snares, we were oblivious to the threat of Rhino poaching and the path that would lead to my boyfriend, Peter, and I in the years to come.  It was here that I first experience the loss of a Rhino due to poaching…….one cannot explain this feeling when seeing such a beautiful, powerful, majestic animal stripped of life and brutalized for pure greed.

With bad came the good and I was privileged to be involved with rhino releases and relocation’s as welll as de-horning projects with Peter. A friend and past work colleague ventured forth to start an Anti poaching company, specialising in the use of K9’s, to combat this surge and later on convinced Peter and myself to work with him. We joined him in 2012 and little did we know what we would come to face and experience.

On the black markets in Southeast Asia, rhino horn is reported to be worth more than gold. As a result, widespread poaching has decimated rhino populations around the world, including in South Africa – home to three-quarters of the world’s rhino population. The situation is urgent: if poaching continues at its current rate, it is estimated that rhinos may become extinct within the next 20 years. In some way we wanted to contribute to this cause and help save our Rhinos. I assisted with operational and administrative work while Peter was on the ground. I cannot name the reserves we worked on for obvious reasons but what we came to find that the syndicate network it vast and complicated, reaching up to 7 levels. Level 1 being the poacher with the gun, level 2 the person taking the horn, level 3 the person arranging the horn to get to a place where it can be sent off overseas, the receiver, the buyer, the seller and then the user. Rarely has an investigation reached all these levels right to the end. An impact was made where our teams were deployed and contracted to but it was not enough….rhinos were being killed all over SA.

The money being offered to these people involved it enough to convert or corrupt anyone that is desperate, that is what there is an ever growing threat and cases of ‘inside’ jobs. The biggest successes Peter has made has been through a vast informer networks as well as gathering information from arrested poachers. Linking all this information with other APU’S and the SAPS to form a bigger picture is vital and will help with evidence against then to secure a longer sentence. Staying one step ahead of poachers is necessary so the use of K9’s and technology have been the game changer. South African citizens and private owners of rhinos are also developing a range of increasingly innovative approaches to make rhinos less attractive to poachers, including dehorning as well as newer ideas such as introducing dye or even poison into rhino horns. Peter is still actively involved with on the ground operations, while I now work for Bushwise. Educating the students on this crisis also helps a little and they in turn will educate their guests in the field one day. Spreading awareness is so important… Unfortunately, there is no indication that the rhino poaching crisis is coming under control, as rhino deaths continue despite the private & government responses to combat poaching.

What is the answer? Legalizing and regulating the Rhino horn trade, making the laws against Rhinos poachers stricter or adopting a shoot to kill policy? What will come next…….. BY: Tasneem Johnson-Dollie Africa is home to around a quarter of the world’s biodiversity. But, it’s ...
By: Annie DuPre and the current Bushwise field guide students We asked Bushwise students: “Why do ...
BY: Lindi Hutchinson, Bushwise Trainer “I want to see a dung beetle!”  An easy request to ...