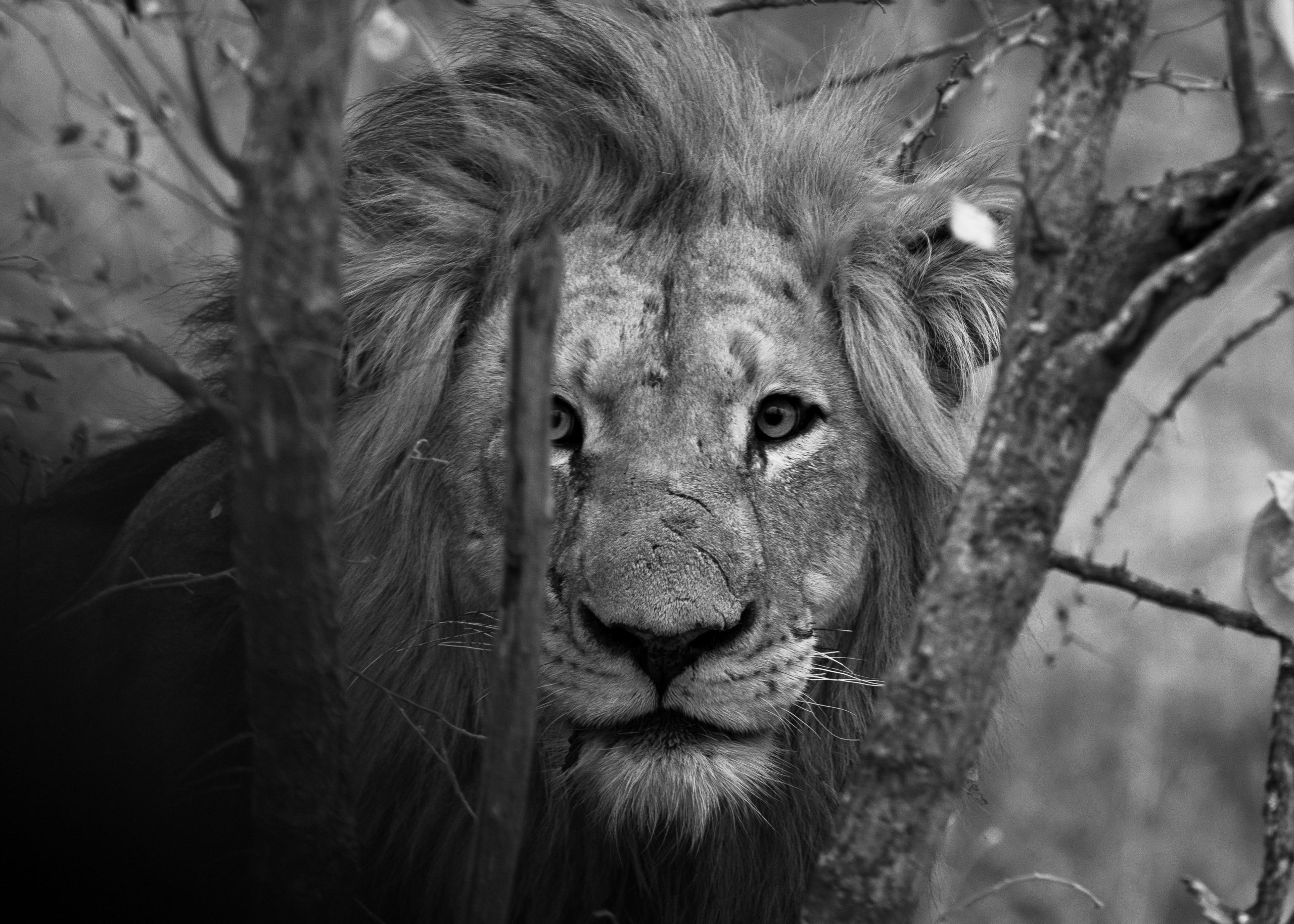 Our first sleep out in the bushveld

Everyone was up early getting ready for our morning game drives and excited for the big five sleep-out to come on the Greater Makalali Private Game Reserve. After our morning drive, which was very quiet, we all arrived back at the campus to have some lunch and to start getting ready for our sleep out. We packed braai supplies, food, enough water to last the night, and our camping gear. The vehicles were so packed, we almost couldn’t fit in ourselves! Once packed and squashed in, we headed off and into the great outdoors – only to see the comfort of our beds the next day.

Before parking off for the night, we took a short game drive around the reserve. We found two very handsome male lions lazing under the trees. After sitting with them for a while, it was time to leave – but the Landrover decided it didn’t want to go just yet. The Landy refused to drive forward for some time but eventually, with some encouragement, it chugged along towards our campsite.

There was a lovely open space to set up camp, the fire got lit and we all settled in for the night. We relaxed around the fire for the first bit of the evening, all sharing stories and enjoying the tranquil night; so still with nothing in sight. We heard one Hyena at the beginning of the evening, but after that, there was complete silence. Everyone had a turn being on patrol while the rest were sleeping. Three of us would sit on each vehicle and scan the area every few minutes for any inquisitive animals passing through. During my patrol, I found being in the silence of the night and surrounded by nature so serene. My favourite part of the sleep out was waking up at 4:00 AM to lions roaring in the distance. It gave me goosebumps. When you’re in the bush, it’s the most incredible sound to hear. Everyone slowly started to rise from their slumber, making their way to the fire for a good cup of coffee. We had the most amazing sunrise that morning. The sun was a big red ball in the sky peeking through the morning haze. While we were packing up and getting ready to leave, our trainer, Jack, and one of the students, Alex, came running back to camp from their walk and casually asked if we would like to see some cheetahs. Not too far from where we were sleeping, three cheetahs had parked off in the morning sunlight. It was such an awesome sight. We decided to quickly finish packing, hopped in the car, and drove a little closer to view the cheetahs. They were so placid, grooming each other and rolling in the sand. We spent quite a while sitting with them and enjoying their company. It was such an amazing way to end off our sleep-out experience. When we arrived back at camp, everyone disappeared for a good few hours. We were all exhausted, due to lack of sleep, and we had a test the next day to prepare for. It was good to know that we all did very well on our tests even though we had to study with only four hours’ worth of sleep. But it was so worth it!

K9 units play an essential role in anti-poaching, wildlife detection, human tracking, and conservation efforts in the Greater ...
BY: Sarah Bennett Camp manager blogs are written by our current students who each get a ...
In this photo blog, Bushwise Videographer and Photographer Louise Pavid discusses animal behaviour and guiding ethics. ...