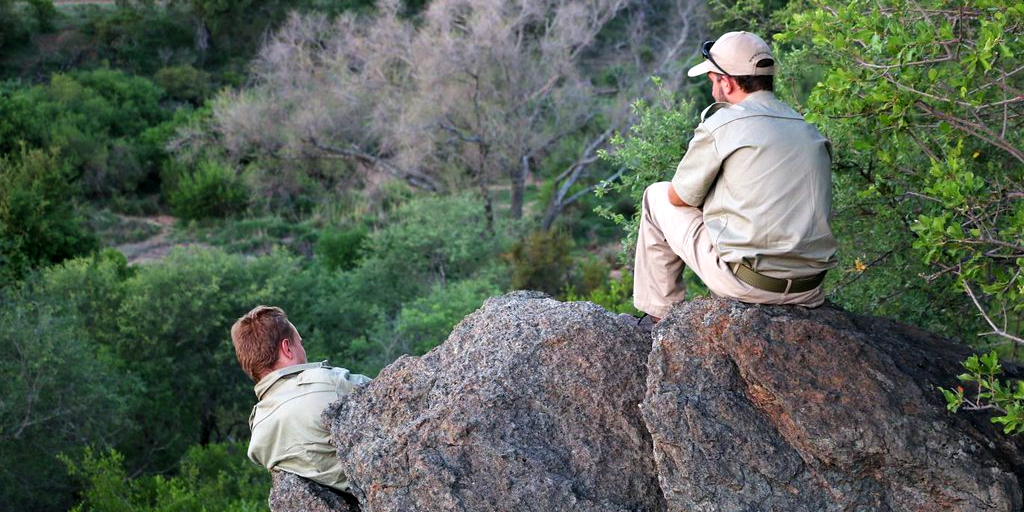 My duty as camp manager

I was a camp manager for the second week of my Bushwise Field Guides course. The week kicked off with driving around campus, getting used to the vehicles and learning about the trees. After the introductory days were done, we headed to the Makalali Game Reserve. We had some great sightings on our first day at the reserve. We saw a pride of lions being chased around the riverbed by two “dagga boys” (solitary male buffalo).

Back at camp, everyone got to know each other better, and there were good vibes all around. Most nights, we overate on the absolutely amazing food that Rose and Iris, Bushwise’s in-house chefs, prepared and cooked for us. With such incredible things to see around camp, a group of us walked the perimeter almost every night, looking at all the big and small animals there were to see, like civets, honey badgers and bush babies.

After returning from one of our walks, one of the other students jumped out of his cabin and called us over to have a look at what he had just witnessed.

A leopard had tried taking down a bushbuck in-between the game viewers. We immediately went to investigate. We found tufts of hair and prints under one of the viewers, but no leopard was spotted. The bushbuck passed away a day later. It’s carcass was moved into the bush with a camera trap set up to see if the leopard would return, but it didn’t.

Now that my time as a camp manager has come to an end, I think my favorite part was getting to know everyone better.

You can have an experience like Shaun by joining a Bushwise course now.

Some images in this article were taken pre-COVID-19. BY: Darryn Murray This blog was written by ...
BY: Alex Walker, Bushwise student 2020 I never grew up on a farm or around bush ...
Those of you who know me will know that my hatred of blog writing stretches further ...