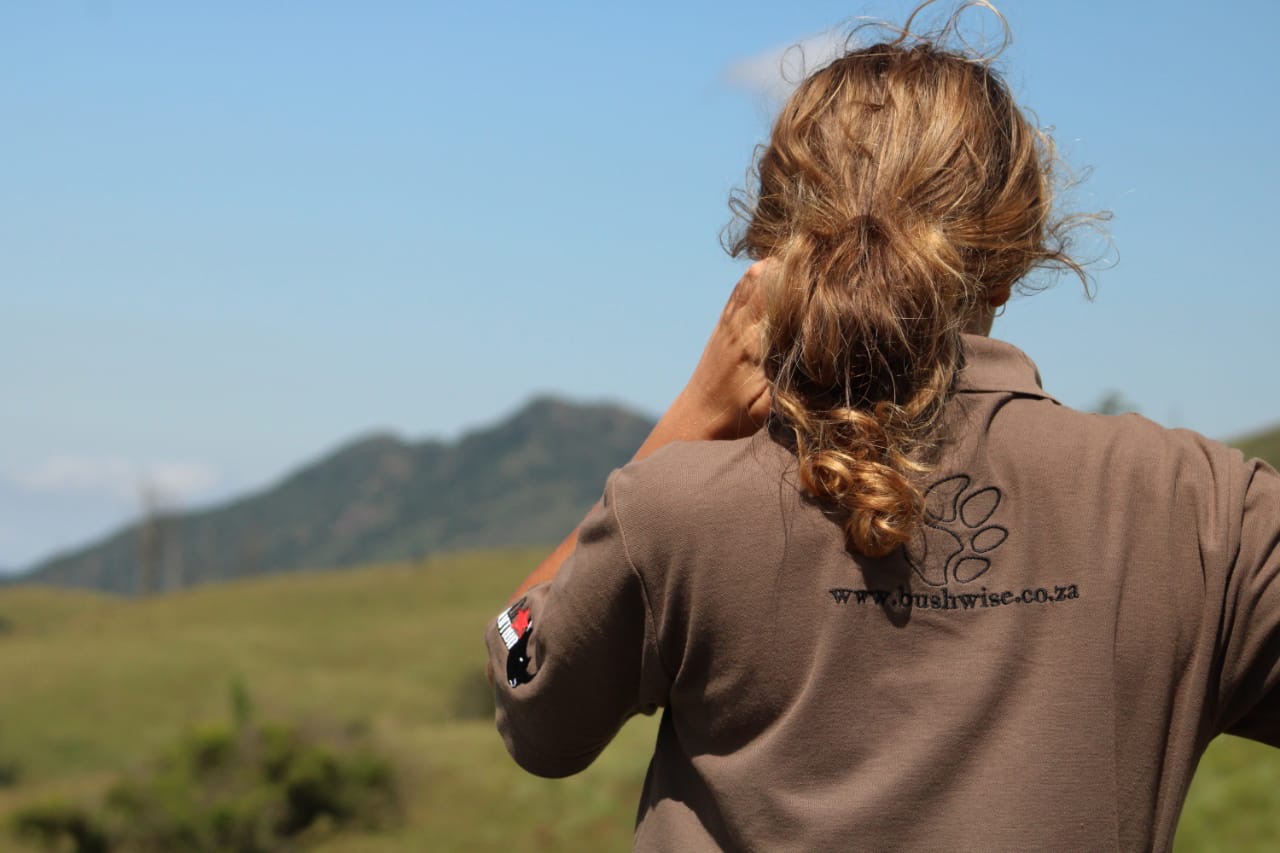 One of the duties of a camp manager is to carry a radio with you 24/7. As a born-and-bred Capetonian not well versed in matters of the bush, I thought this was more for show than anything else. This was until 06:00 on Friday morning when I was startled out of a deep sleep: “Geena, Geena. Stand by for Lindi.” Instinctively (and half-asleep), I reached for the radio on my bedside counter: “Lindi, Lindi. Geena standing by.” The reply: “We have a sighting of 5 ingala 100 metres from campus.” My heart skipped a beat. Ingala is the Shangaan word for lion, and our campus is unfenced! After the initial shock, Jack and I woke everyone up for this incredible sighting: subadult lions lounging about at dawn before following a giraffe into the thick shrubs. Earlier in the week, we had been split into 2 groups – A and B. Group A did ‘track & sign’ practicals with Colin Patrick while Group B practiced rifle handling with Jack Hutchinson. Erin achieved the highest shooting accuracy of all the students, earning her the title of best shooter on campus, as well as bragging rights for the next 4 months. Each group also had the opportunity to make a meal for the entire campus, with Kevin showing off his exceptional abilities as head chef.

On Saturday night, we had a movie night to unwind after the long week. We indulged in microwave popcorn and settled in to watch a cinematic classic – Avatar. Overall, I would say that our first movie night was a success (except for Erin and Franklin falling asleep halfway through the film). Then on Sunday, Jack and Lindi spoiled us with a surprise trip to Three Bridges for pizzas and milkshakes. Those that were brave enough to climb onto the train tracks on the bridge, were rewarded with the serene sighting of hippos lolling about in the river.

The new week kicked off with a test on arthropods, as well as lectures on amphibians, reptiles and birds. My reign as camp manager came to an end just as we started with practical game drives. We enjoyed amazing sightings on Jared’s game drive, including Nile crocodile, dust-bathing hornbills and a pregnant giraffe. My highlight of the week was definitely seeing the grey-headed kingfisher which (as a newly converted non-birder-turned-birder) was an exceptional bird to add to my list! Some images in this article were taken pre-COVID-19. BY: Patrick Loam Camp manager blogs are written ...
Most people think us ‘bush people’ are quite strange, choosing to spend our off time on ...
Leaving the fast-paced life of the German autobahn behind, Bushwise student Marc Weber discusses slowing down ...