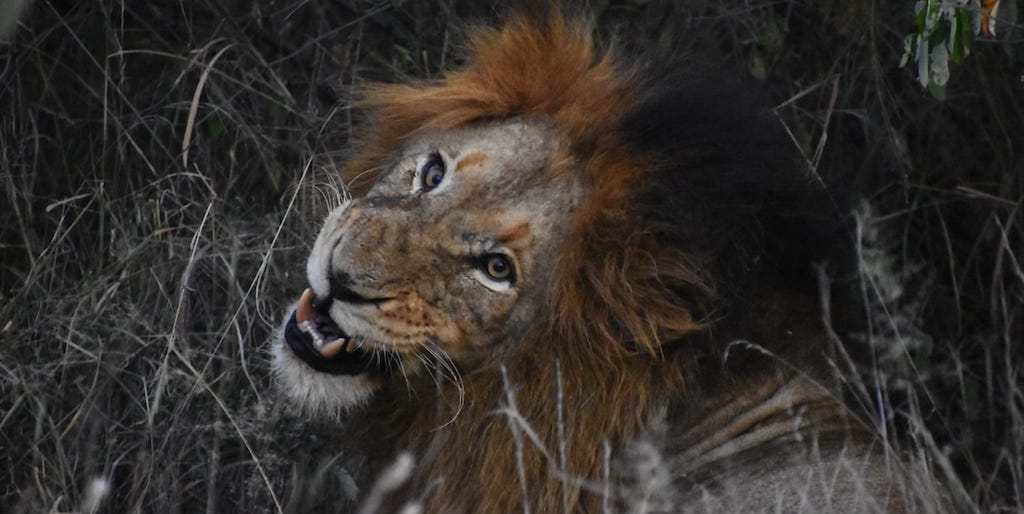 Do not try and fight a lion if you are not one yourself. A lion sleeps in the heart of every brave man. I am more afraid of an army of 100 sheep led by a lion than an army of 100 lions led by a sheep.

When coming across a lion there is that moment of instant respect towards it. The way those bright yellow eyes look back at you, almost as if they are looking right through you. When you look into those eyes, you see that never-ending, never giving up spirit. If a person in this world had the soul of a lion, he would be unstoppable. Have you ever watched a documentary about lions? If you have then you will have noticed how a lion dominates just about everything around him. From protecting his territory to dominating over other apex predators. They are called the ‘Kings” because they have a touch of royalty in everything they do. If you cross the line, you can bet that they would make an example out of you. I can bet you that there are a few hyenas or other apex predators that could relate to this… That is if they are still alive.

Do not get me wrong, their life is full of hurdles and struggles. There is no room for error in the life of a lion. One mistake can lead to them losing their life or the life of a family member especially a cub. Every moment counts, they may make hunting look easy, but their success rate is only about 19%. That number speaks for itself, they are not immune to defeat. There is a famous quote that comes to mind when I think of this fact, it goes “a man’s character is not judged after he celebrates a victory, but by what he does when his back is against the wall”. For lions, their failure encourages them to improvise, to learn from their mistakes and better their skills so that they can aim bigger, and catch larger prey to feed their family. That being said and in the same breath – have you ever seen a depressed lion? A lion who looks like it wants to give up? They may struggle when hunting, they may suffer defeat when trying to rule certain lands, but (and this is a big but) do they give up? No. lions adapt. They overcome. They succeed.

So what motivates them to keep going and not surrender to the harshness of life? Survival. The only thing that keeps them going is just that. Many lions will lose their reign, children, and queens to other lions, but they will never give up. They will not give up on themselves and they will not give up on each other. A pride of lions has each other’s back in the good and bad times. Even when times are tough as an individual they will never stop contributing to the survival of the pride. Lions have a life full of challenges, but they do not let it ruin their daily moments, those moments they share with their family, their brothers and sisters. Lions are setting a huge example to all of us, they teach us to dominate the problems in our life.

So maybe as humans, we should take a moment and think deeper when we look into the bright yellow eyes of these remarkable beasts. When life hits you and knocks you down, when you stumble at a hurdle, instead of asking yourself “why me?”, be a lion and say “Try me”!

With finals finished and assessments passed – what’s a student to do? Bushwalks! The chance to ...
Today is a special day, Rangers Day 2018, to remember the important of Game Rangers and the ...
Creatures that have survived millions of years of natural selection have used many different strategies to ...