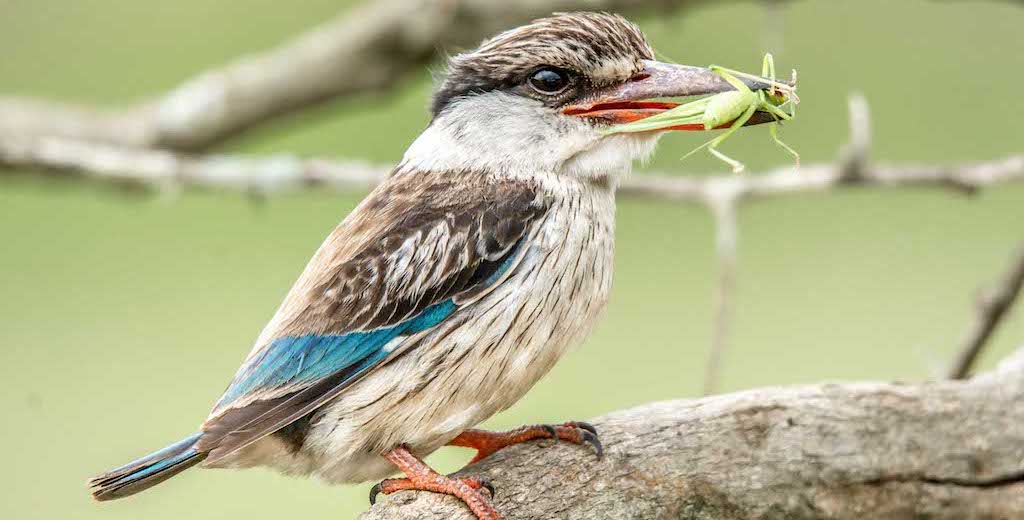 Take a moment to think about going a day without seeing, hearing or tasting that one thing that gets you up and going in the morning. To many of you reading this, it might be that first taste of your cup of coffee, to some, maybe a beer. To others, it might be the sound of your kids or wife shouting “I love you” before leaving home for work, school or university. To most, it might be the taste, smell and sight of breakfast. To a bush lover and bird fanatic, these sights and sounds are birds. Not every bird but very specific birds you only see during specific times of day, season or year. To a person who has the incredible privilege of calling the bush their home, having the opportunity of waking up on Mahlahla campus surrounded by an ocean of green you soon start noticing when your ‘’something’’ goes missing. Living on campus you soon start becoming accustomed to the bird pecking on your window, the sound of sable horns smashing together as they fight for dominance, monkeys running over your roof or specific bird sounds calling from across your breakfast table. Once any of these go missing you soon start asking why.

With the change of season, we also welcome the change of temperature and like most would know this, in turn, has an effect on vegetation in and around cities as well as in the bush. To the untrained eye, with the cold, the bush goes yellow and with the heat comes the green and rain. Having a closer look there is so much more that takes place over these seasonal changes. As it gets hotter conditions do not only become more favourable for carnivores who can now feed on fatter, healthier antelope having fed on thicker more lush green trees and grasses. It also becomes more favourable for insects who can now pollinate and feed on wildflowers who in return will be fed on by reptiles and themselves again fed on by birds. The list could go on and on as all living organisms are connected to one another in some way or another. The incredible chain reaction of all things connected is what triggers birds to migrate yearly. Migration can simply be defined as a predictable seasonable movement to and from a single destination once in a calendar year. The answer to why birds migrate could simply be to increase their chances of survival but why are we all here and do what we do? To breed!

Southern Africa is home to more than 100 migrating bird species who can all be divided into three different categories being: Palearctic, intra-African and altitudinal migrators. Although most of these would migrate to Africa/Southern Africa to ensure a constant or improved food supply aiding in their survival to breeding, many would migrate just to breed. That is exactly what many of the new arrivals did at the start of summer. During these prime conditions, common resident species also make use of the abundance of food and daylight to find mates and breed. It can be assumed that they would be just as vocal and active if not more during this time as it is their place of birth. It is during this time that I first noticed that the overabundance of new birds in the area almost forced resident species to go silent to almost non-existent. Keeping a closer eye and ear to what I saw and heard I could only assume that my prediction was correct as resident species were not as active and present as before the breeding season started. It wasn’t until the end of March when migrating species became silent after returning home that I began to notice resident species ‘’speaking up’’ once again. Proving that there might be some truth to my assumption.

Nature is simply incredible and how all is connected and still manages to balance out between all animals will always blow my mind. Research has proven that breeding birds need 30% more energy during the breeding months which gives a fair idea of how much extra food is available during the summertime. What surprised me even more, is how an extra 4,5 billion migrating birds, consisting of only 100 species to Southern Africa each year could still find their own extra 30% of energy equivalent in food. While at the same time, forcing resident populations to go into hiding. The only way to notice these differences is to start looking at what’s new in your garden. I urge you all to do the same.

Bats are the second-largest group of mammals, after rodents, and there are tons of different types ...
Quality of life A field guide will never be rich in the financial sense of the ...
By: Annie DuPre and the current Bushwise field guide students We asked Bushwise students: “Why do ...