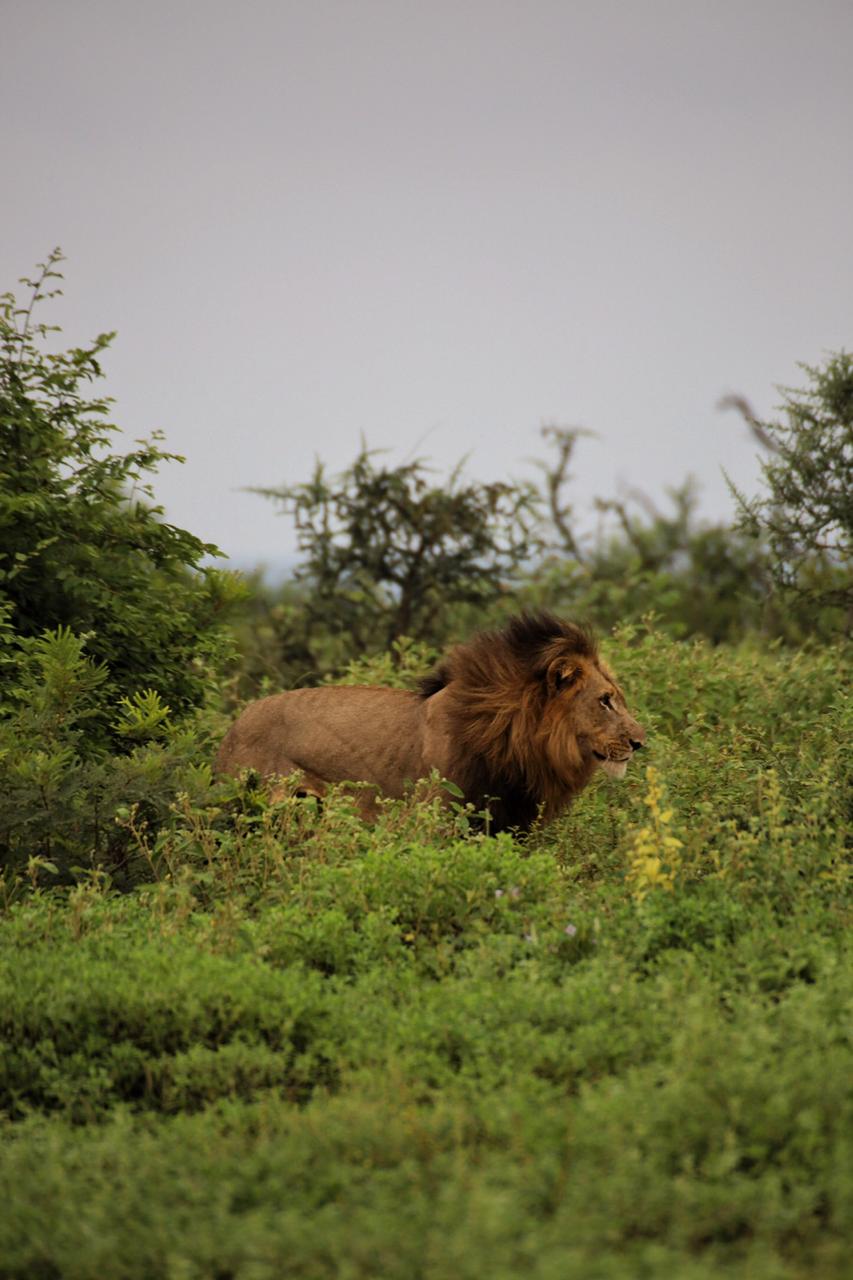 The week began just as you would expect – with lectures on reptiles, birds, mammals and animal behaviour.

But then things took a more inspiring turn, and the students and I were privileged to discover a giraffe carcass that had been killed by lions earlier on in the week. We found out about this nature-enthusiasts prize through one of our trainers who generously shared his find with us, instead of keeping it to himself and a select few. Here is where one of the ethics of guiding comes into play: sharing interesting information with your fellow guides.

Our senses were keenly alert on the first expedition in search of the carcass, and sure enough, we could smell it before we could see it.  A few Cape Vultures, some Hooded Vultures as well as a jackal had beat us to the punch and were already hungrily devouring the bonanza. The trainer suggested that we should go and have our afternoon drinks stop early and then return to the carcass later on to see if bigger game would have  joined the feast. His instincts were spot on because on our return to the carcass, we saw a male lion in the middle of the road heading back towards the carcass and then starting to eat it. A few minutes later, a cub emerged out of the thick bush and started eating close to the male lion, who didn’t even notice the cub was there. A short while later, another cub came out of the bush, this one accompanied by it’s mother who  stopped short of the carcass and layed down while the cub joined the first cub and the male lion. When comparing the two cubs, it was clear that the first cub was older then the second cub; while in terms of colour the first cub was darker and the second was a lot lighter. It was at this point that the trainer deduced the reason why the male lion didn’t mind the two cubs being around him. It was obvious that the cubs were his and that he acknowledged them as his offspring.

Buoyed by the excitement of the lion sightings, the students and I quickly covered tracking and signing on subsequent game drives. A unique opportunity arose during one such practical drive to  teach our foreign group members about the buck dung spitting competition, where the objective is to spit a piece of impala dung as far as possible.

A week in the life of a camp manager is never boring! Follow us on instagram @bushwise.sa to share the unfiltered student’s experience of life deep in the African wilderness.

BY: Adam Christensen Camp manager blogs are written by our current students who each get a ...
BY: Tasneem Johnson-Dollie When we try to understand what’s fuelling climate change, answering the question “What ...
BY: Lindi Hutchinson, a trainer at the Bushwise Balule Campus. I remember my journey to become ...