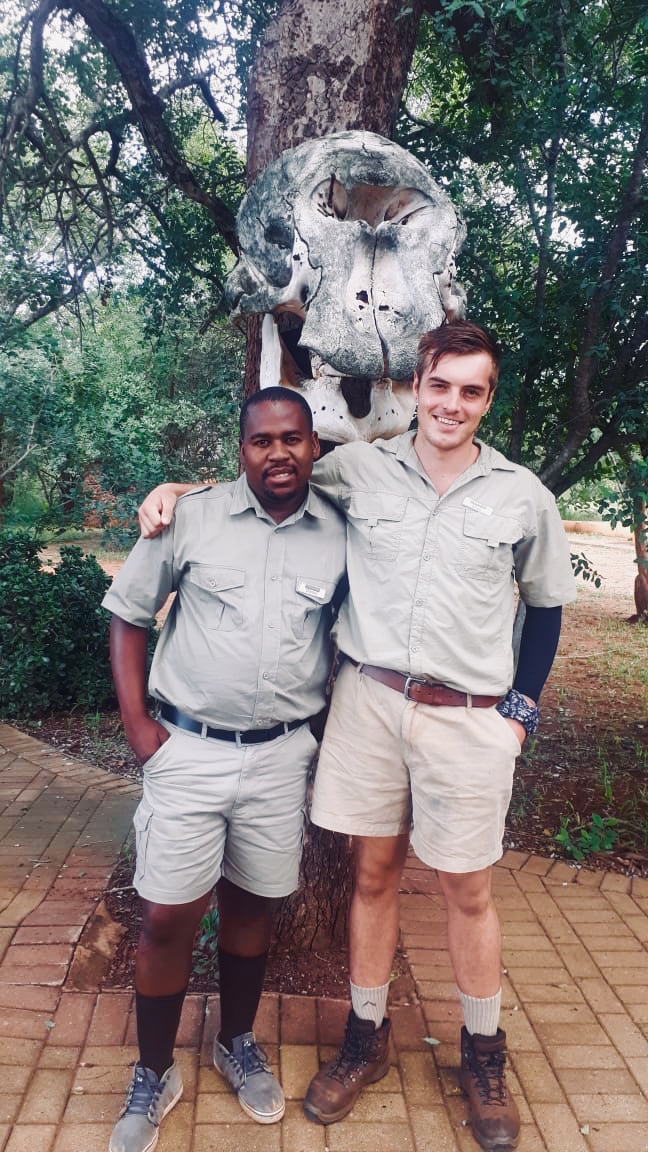 So, this week has been one of the busiest weeks for some of us, with the group splitting up. One half of the group was doing the Track and Sign course with the one and only Colin Patrick, and the other half of the group learning the fundamentals of rifle handling and going to Tzaneen to do our rifle competency examinations.

Being in the rifle group, I can easily say that I have enjoyed the week very much. A special thanks to Trevor and Vaughan who were showing us the ropes. Learning the various aspects of shooting was often tedious for those of us who hadn’t really handled rifles before. Then with a lucky turn of events, we were allowed shoot a .22 rifle and the .375. One by one we went to shoot a single round.

With some saying that it feels like a kick from a horse and others saying it was a punch, I was dreading going down for my turn (due to my shoulder injury), as I took aim, I just thought about getting over with, and with the high possibility my shoulder could be seriously hurt due to the recoil, I was happy to see that Trevor was standing behind me whilst I took the shot, seemingly prepared to catch my shoulder once it flew off my body.

Then came the two days when we drove for about an hour and a half to Tzaneen to write our rifle competency tests. It started with a quick run to a tree… and then another… followed by push-ups… fun. Then came the tests, and I am so happy to say that we all passed all the tests, including putting 20 rounds into a A5 sheet of paper from 15 meters away.

On a more personal note, camp life is not what it used to be. Last semester there were a few people (myself included) who were not as involved as we should have been. This semester is different, we are seeing each other’s good sides, bad sides, interesting sides, we have argued, agreed (to disagree some of the time) but this is all strengthening the bond between us all. The friendships made here are never to be forgotten.

Simply because, we are a family.

The images in this article were taken pre-COVID-19.  BY: Christian Rabie Camp manager blogs are written ...
BY: Mitchell Robinson, student 2021 Week 2 got off to an amazing start. Our ‘honeymoon’ game ...
BY: Tasneem Johnson-Dollie How many of us get excited by the thought of World Meteorological Day? ...