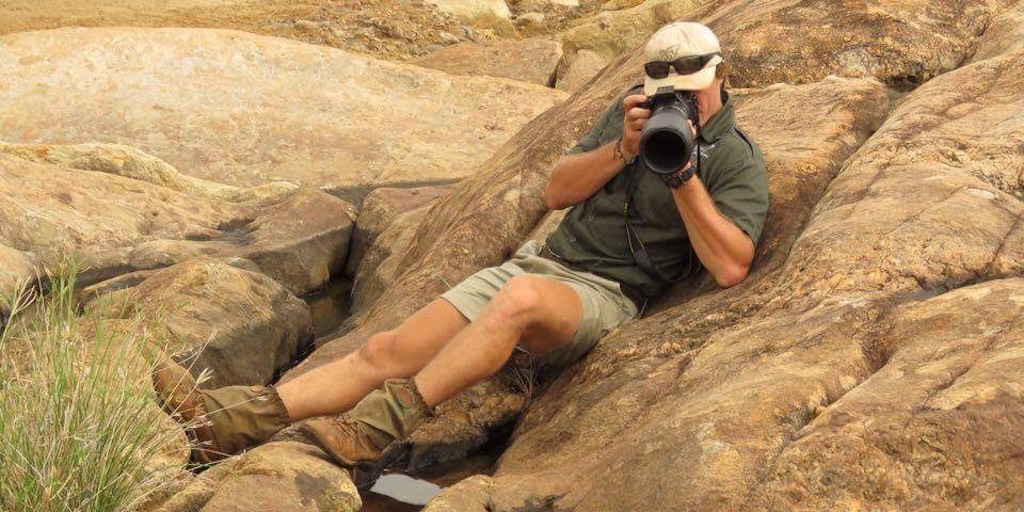 What are the differences between a game ranger and a field guide?

This is a question I have answered numerous times and have found the best way to get a person to truly understand these differences is to explain my career-story. My field guide/game ranger journey started as a 19-year-old boy straight out of school. I decided to become a field guide but very little did I know that these two “jobs” very often go hand in hand. I am not saying that one needs the other to be successful, but it sure does help to understand the bigger picture. Both fit into protecting our natural world, whether it’s sharing the knowledge on how to protect it and why it’s important. Or actually being the person who physically steps in to assist natural processes. Very often something as small a fence around a small area prevents natural processes from taking place.

The very simple and straightforward answer would be that game rangers work hands-on with nature. Every natural lifeform within it and the maintenance thereof. Field guides focus more on the entertainment and interaction with guests while linking our modern world to nature that has been around for billions of years. Even though this answers the question in the shortest way, there is actually so much more to it as the two lines of work commonly overlap. When I qualified as an apprentice field guide in 2011 it meant that I was now qualified to guide guests through natural areas whether it was on foot, boat or an open game vehicle. It meant that I explained the details about all-natural things in my environment to my guests. This also included hosting my guests at lunches and dinners as well as acting barman or waiter when needed.

When there aren’t any guests and there was no one to guide around and entertain, it was all hands on deck with reserve management. This means putting on my gators (canvas covers around my ankles and socks to give no holding material for ticks and grass seeds) and gloves to assist the game ranger team. They are also known as game wardens, reserve managers, conservation officers to name a few. When I was not busy guiding I became a game ranger, doing game counts, rhino horn removal, erosion control, keeping trail paths open and assisting with the general management of a reserve. At first, I was confused as to why I was doing someone else’s work which I didn’t sign up for. I later came to understand that a person wouldn’t want to pay an individual or a team from outside the reserve who you firstly don`t trust, who does not understand the bush and the animals that live in it and lastly, who doesn’t know the area. It makes more sense to use knowledgeable guides who can do physical labour without getting eaten or attacked while working out in the field! My first six months as a field guide/game ranger taught me that when I wasn’t being the one I became the other. When not guiding I assisted in controlled veld burns, problem animal control, general road and building maintenance, and game capture.

The following two years were spent studying nature conservation where I gained a better idea and understanding of what management tools and skills were needed in order to provide balance in a natural system after a fence was erected around an area. This allowed me to see the bigger picture as it is important for a game ranger to understand the meaning of conservation and what is needed for man and beast to live alongside one another. During my third year of Conservation studies, I was placed on a game reserve where the true meaning of a game ranger was explained through everyday life. My day consisted of checking fences, removing alien and problem vegetation, road and building maintenance, removing pushed over trees, fixing broken pipes, building water holes and so much more. I was quickly asked to fill a guiding position where I once again realised that both “jobs” work hand in hand.

Whether it was my poor game ranger skills or better guiding that brought me back to the guiding world, I am grateful that I have had the opportunity to be a part of both or should I actually say that both worlds became a part of me. Since then I use the skills and knowledge I have gained in both lines of work to allow me to make the best decisions as I continue to guide and train today. At Bushwise we aim and strive to create and mould the best field guides while still giving the insight and background to what’s required to be the best of both. At many lodges and game reserves you are expected to only be one but knowing both can only allow you to become so much more. By Darryl Weinstein, student Camp manager blogs are written by our current students who each get ...
During my week as camp manager I learnt a lot about people, the bush and how ...
What kind of placement were you hoping for? I’ve always been interested in research and I ...