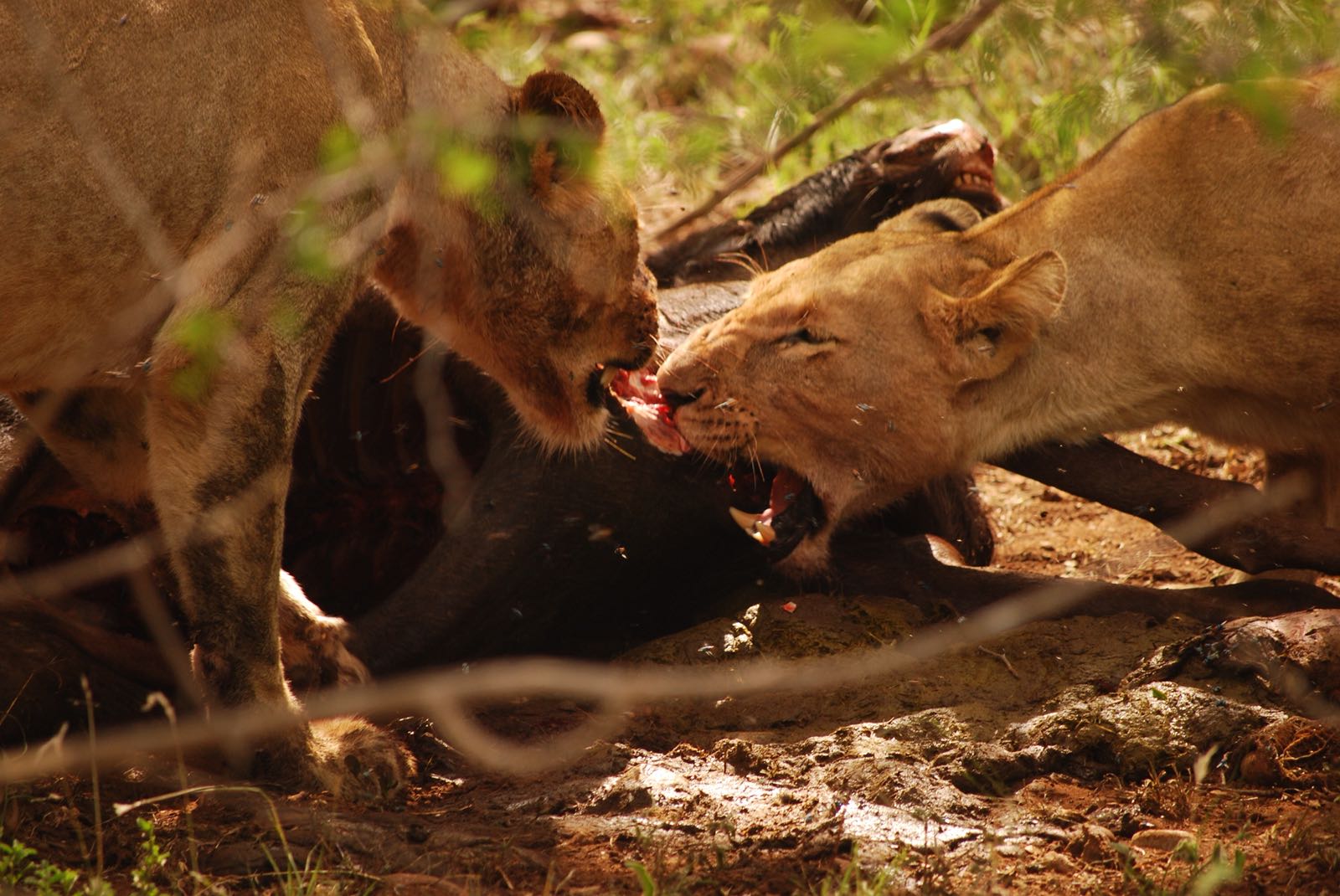 Game drives are kicked off with a BANG

By week 2 a bunch of, what were, strangers from across the globe have become a close-knit group of inspired bush fanatics. The pace of life at Mahlahla campus has picked up markedly since week 1, starting off with lectures on Botany, Ecology and Biomes. Students got to learn more about the fascinating new world in which they now live, and eyes are beginning to open to the intricate relationships between the fauna and flora of the Lowveld. The following two days were filled with information about the trees and grasses we could expect to see and be able to identify on drives as well as tips on how to identify them, their medical uses, and traditional beliefs.

Wednesday saw the first of many game drives, a day that many students had been anticipating for some time… it did not disappoint. The students were allocated to one of 3 vehicles, each to be driven by a trainer who would show them how a professional conducts a guided experience. During the drive, students were given a glimpse at the vast knowledge base that each of the trainers hold and were even treated to a ‘Phuza’ stop for tea and coffee.

That afternoon it was the turn of some of the students to get behind the wheel and drive their colleagues around the reserve, a drive that saw an attempted lion hunt foiled by the cooperation of the surrounding herbivores—a stunning lesson on predator prey animal behaviour and a hint of things to come.

Thursday and Fridays drives were aimed at taking the botany knowledge learned on campus into the real world of the Greater Makalali and Pidwa reserves. Initially, learning to identify so many plants seemed a daunting task but with repetition and guidance from the trainers, the students began to confidently point out Marulas from false Marulas, Zebra woods from Sickle Bushes, Spreading Three Awns from Tassle Three Awns and many more—all names that, for most, meant nothing just 2 weeks ago.

The drives were not all Plantae based and students were treated to sightings of Lions with cubs feeding on a Wildebeest kill, stunning elephants in the afternoon light, two Cheetah, Spotted Hyaena, jackal, Buffalo and much more!

With the week coming to a close, it is strange to think that it has only been the second week here in the bush. Time seems to pass differently here, and it feels as though so much has been learned in such a short period of time, one can only wonder in excitement as to what adventures the following 21 weeks will hold.

This blog isn’t meant to conjure up visions of doom and gloom. Rather, it is meant ...
This last week was one which started off with hard work, as the students studied and ...
What is considered as the Main Objectives of conservation? To Conserve essential ecological processes and life ...