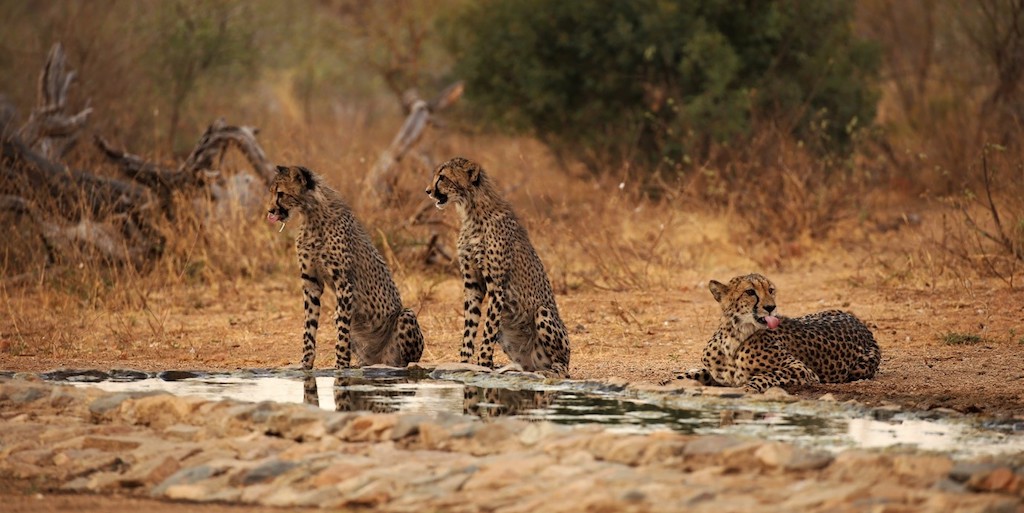 As we all returned from our respective destinations after an off week, for many of us (well, me at least) there was distinct trepidation. This wasn’t going to be our final term at Bushwise; but it was undoubtedly going to be our most important, with all aspects of our assessments in it.

First up was our mock assessment drives, our final chance to iron out any kinks and polish our presentations for game day. Despite the positively volcanic berg winds bringing things up to 40C. any of us were hoping for nice, slow drives so we could stop to talk about just about every tree, birds, and a pile of dung, Makalali was unobliging with this request.  As an overall group, we saw a lion pride with cubs, a cheetah mother and her offspring, the reintroduced pack of painted wolves and perhaps rarest of all, a team on Pidwa witnessed a caracal pounce on a spurfowl. e wasn’t the only one eating well, as the exponentially increasing decadence of assessment Phuza stops (local name for where you have your coffee/tea stop on morning drives or sundowners with later afternoon drives) becoming almost three-course meals, Rose finally had some competition in the kitchen.

Escalating Phuza stops and impending exams weren’t the only change being felt though. The weather was initially savagely hot but a merciful break came through with our first taste of the rains. Whilst this and subsequent showers since haven’t yet been enough to rejuvenate the bush from straw-yellow to verdant-green, it was enough to trigger small changes.

Flowers began to pop up and some of the trees are looking leafier, even if the grasses are still pale husks barren of any nutrition. The calls across the sky are now mixing up too, as our Little, and White-fronted Bee-eaters are now joined by their European cousins hawking for dragonflies and grasshoppers after a no-doubt tiring migration. Just the other day we may have had a tentative first glance at what might have been the first European Roller…

The residents too began to emerge. At night Plum dung beetles whir noisily over your head like an interloping attack helicopter. Giant millipedes ooze out of the termite mounds and dead trees and begin to trundle placidly through the moribund grass. On one drive we even found a Schlegel’s blind snake attempting to burrow its way inside one of the termite mounds. But the most frequent reptile sighting with the rains is of the Leopard tortoises. South Africa’s largest tortoise, the only one that can swim, and one of the ‘Small 5’. To find one on a drive is a great experience for both guests to get some close-up photographs, and for the guide to flex some knowledge on this familiar species that can often get the box ticked for reptiles on assessment drive. Fingers crossed there will be plenty more in coming weeks! BY: Kevin Lefevre Camp manager blogs are written by our current students who each get a ...
By: Andi Dill, Bushwise student 2020 Having just finished a long, arduous but very rewarding week ...
Photo by: Callum Evans Some images in this article were taken pre-COVID-19. BY: Tasneem Johnson-Dollie What’s ...