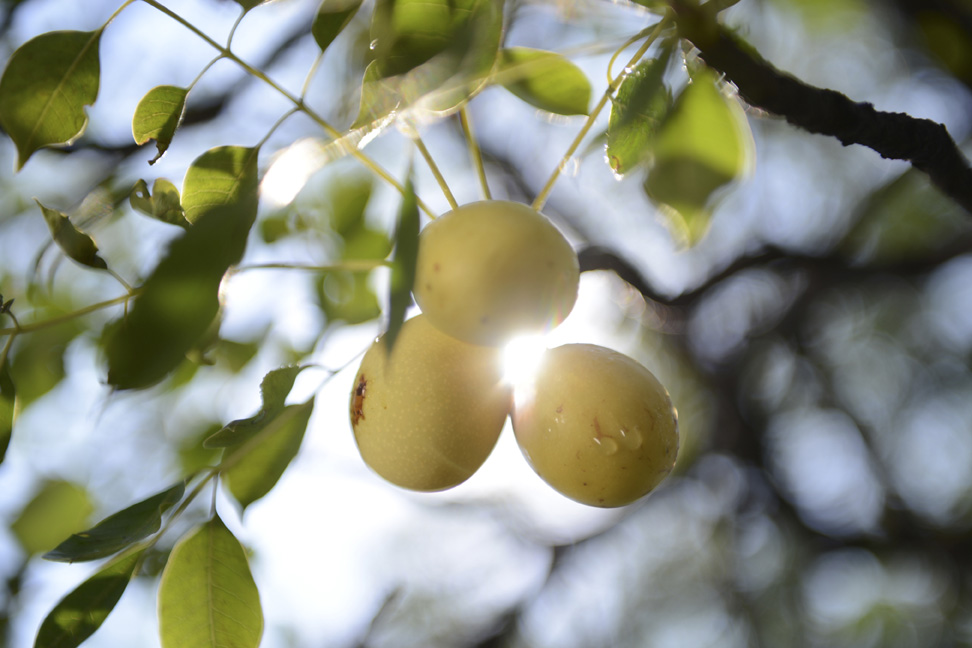 The most fascinating tree in the South African Lowveld

Legends about the marula abound – from its use as a food source, it’s magical qualities as a healing ingredient, to its virility/fertility properties, and the many uses of its bark, leaves, fruit, nut and kernels. Legends include Feast of First Fruits, The Marriage Tree, Determining Babies’ Sex, Sangoma’s Dice, Fertility Fruit, The Elephant Tree, and Fire Water. In so doing the writer researched and compiled a few interesting not often known legends for the reader’s enjoyment!

Throughout Southern Africa, the ripening of the marula fruits from December to March is celebrated, and is referred to as the “great harvest” which begins in February/March. This also marks planting season. Feast of First Fruits Festivals are held in the marula fruits’ honour throughout southern Africa, to celebrate the harvest from the fields in February. At the end of the marula harvesting season, women make marula beer, and gather at the chief’s kraal, and sing, present the chief with a calabash full of marula beer. They sing special songs and praises. Everyone can drink beer, and the festival gives people a sense of oneness and togetherness and belonging.

One-person is responsible for guarding the calabash. Once this person tilts the calabash and the women see the calabash in a skew position, then they must go home. The left-over marula beer is called “hongwe” and is considered too strong for women. So, the men carry on and celebrate the rest of the marula festival. The Venda people look at the season as a time of festivity with much time being spent sitting under the shade of the trees, preparing the brew and doing much tasting to ensure “quality control”!

A whole range of beliefs is developed around the marula tree; it is known to the Zulu as the “marriage tree,” for it is a symbol of fertility and is used in a cleansing ritual before marriage. As there are separate male and female trees, you will always find them near one another, happily co-existing for a life span of several hundred years, as they must grow next to each other to produce fruit. This translates into the interdependence between male and female which is deeply entrenched into Africa’s ancient fertility rites and thus giving rise to another traditional belief.

A traditional method of resolving arguments between man and wife would be to tie them to both to a large maroela tree and leave them there until they made friends. It would thus to be wise to argue when the tree is in fruit since if it were to be a drawn-out argument, at least both man and wife had sustenance from the fruits!

An infusion of the male or female trees’ bark is believed to help determine the sex of an unborn child. Amongst the Venda, a woman seeking a baby boy will take in an infusion from the bark of the male tree. Or if a girl, from the female tree. If the child is born of the opposite sex than wished for, then he/she is said to be very special in being able to defy the spirits, furthermore, newly-born girls and their mothers are washed on a fire heated by marula twigs so that the baby may be endued with fertility, softness, tenderness and early maturity The marula stone is used as dice by Shangaan diviners, who cast their “bones” to foresee the future or help their clients with a variety of problems or maladies.

Local lore has it that by eating the marula fruit women are more likely to become pregnant. It is probably not a coincidence that when migrant men come home to their rural villages and their wives greet them with marula beer, that when they leave in January for work, that many of the women are pregnant!

It is well known that the elephant loves the taste of marula fruit, and will go to all lengths to get the fruit during harvest season. Tradition has it that Hare acted kindly towards Elephant during the year of drought, and was rewarded with a tusk. This he planted in his garden, which grew into a beautiful fruit-bearing tree. And so, the elephant gave up his precious tusk, and the Hare could enjoy marula fruit in the time of famine. Forever after, the elephant seeks out its tusk and devours hundreds of kilograms. The overripe fruit of Marula is used to brew a very tasty, potent alcoholic beverage known locally as “Mampoer” in South Africa. It is a local fire water that makes grown men weep. Mampoer was named after chief Mampuru of the ancient Sekukuniland, who favoured this drink. BY: Matt Foulsham Camp manager blogs are written by our current students who each get a ...
A blog by Jack Hutchinson (Head trainer at the Bushwise Balule campus) Every guide or tracker ...
Week 4, semester 3, two more tests down in Astronomy and Weather & Climate, not the ...