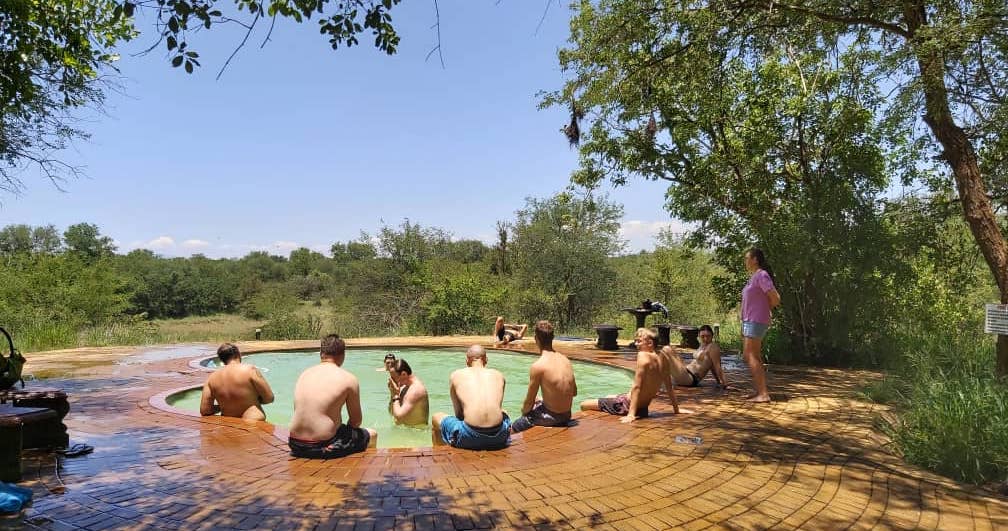 Week four has come and gone already and what an interesting four weeks it has been! This week has been filled with much excitement and danger. From the competitive photography competition on Tuesday, the sleep out Wednesday night on Makalali game reserve and then a close encounter with a Mozambican spitting Cobra on Friday night.

The week started off slow and then got exponentially more exciting. Monday was like any other day starting off at 7 am with a lecture on birds and birding, followed by a lecture on Taxonomy. During the birds and birding lecture, Ed, our trainer, proposed an interesting birding competition and between this week and the next we would have to log down as many birds as possible with the winner potentially winning a sticker. Now, a sticker may not sound like much but the best way I can describe it to someone reading this is to think about it as a golden ticket that goes into your portfolio, representing a good work ethic which will come in handy when you are looking for a job in the future.

Tuesday morning started at 7 am and signalled the start of the photography competition on campus. Vaughan gave us a quick introductory lecture on how to use our cameras and then set us loose to flex our creative muscles for the day. For me personally, this was a great opportunity to get to grips with my camera that I was lucky enough to get for Christmas. We were given 5 themes; sad, happy, colourful, creepy and flying. Once all the photos were in, we discovered the most of the ‘sad’ photos were of dead moths that had been massacred the night before through repeatedly smashing themselves into the lights around campus. This was truly a depressing sight to see. All the pictures submitted were high quality and I felt sorry for the Henk, the Marketing Manager, who had to select his top photos.

Wednesday was an early start with all of us waking up at 5am for a practical drive. The drive was fun and informative. We learnt a lot about tracks and signs, orientation skills and the common lion track. I call it common due to the number of times we have seen them so far, every week it’s almost guaranteed. To say the least, they are cool to see but very boring to watch for extended periods of time, especially when they just sleeping. I often find myself doing a little birding when we stop to watch the lions, this is because lions love to sleep, and what’s fun about watching a cat sleep?

The afternoon after the drive was filled with anticipation for the sleep out, most of us were wondering what we were in for. I was half expecting to have hyena breathing down our necks as we slept. However, I was not to get a wake-up kiss from my hyena princess, due to the ever-vigilant eyes of the people on night watch duty.

Thursday morning was a rough morning with many of us waking up feeling like we had slept on a bed of rocks, which many of us had been. Seems we overestimated the thickness of our mattresses we bought beforehand. This left the rest of Thursday as a write-off in terms of work as we were all far too tired to do anything of meaning, so the trainers took it easy on us and made us run through radio procedures which at times was quite funny to listen to as people forgot their words. After dinner, we all had an early night except for the nocturnal creepy crawlies.

Friday was a rather stressful start as we got feedback on our performance during the course and our tests which left many feeling they needed, or deserved, the holiday that was going to start on Saturday. There was a sight and sound test in the afternoon which was thankfully nowhere near as stressful as the morning. The feedback, which did not count for any marks, was just to see how much knowledge we had retained during our practical drives and what we could improve on. From the results, it looked like we all knew what most things looked like but had no idea what the sounds were which led to some very interesting answers from some of the teams!

In the evening we had quite an exciting yet dangerous encounter with a Cobra. A small Mozambican spitting Cobra tried to have a go at someone who walked by, spraying them with potentially deadly venom. Thankfully the venom sprayed harmlessly onto their skin only leaving its victim a little shaken. The snake was safely removed by the trainers almost immediately after the incident, leaving the snake a little stressed out but unharmed. This was quite the way to end off the term reminding us that we all need to have a healthy yet passionate respect for the bush, making this term all that more memorable.

BY: Tasneem Johnson-Dollie International Cheetah Day has claimed its spot on 4 December, but what can ...
BY: Zaytoen Domingo Have you ever wondered what a wildlife professional does in a day’s work? Let’s ...
or is it droppings........Track and sign with Colin Patrick has officially been completed! It was an ...