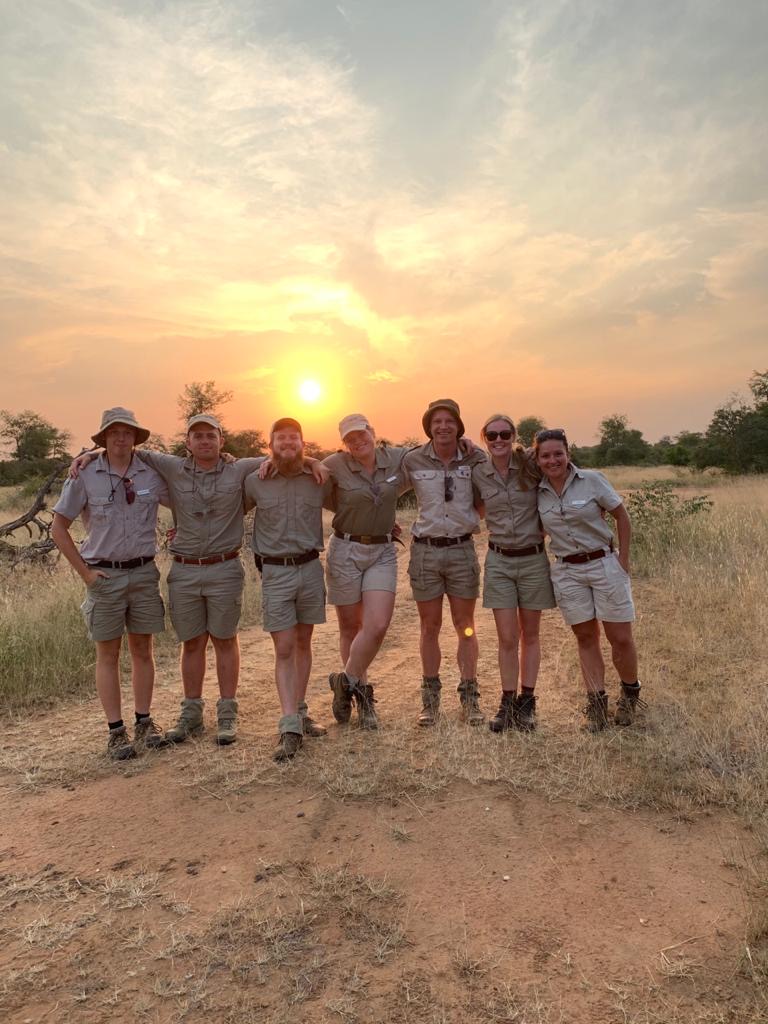 John Hemingway once said, ”if you have ever seen magic, it has been in Africa”. There is nothing like a blanket of stars covering the night sky, or the glowing embers of a fire that tell African tales. There is nothing like the low guttural growl of a lion warning that you are in its space or the call of a fish eagle at dawn. At Bushwise, Toro campus this is the magic we see and hear every day.

This week started off with a very tedious rifles test to welcome us back from a very restful off week. The students at Toro over excelled in the test with some great results. We were allowed to have some off time before we had a lecture on reptiles. The reptiles lecture was really fascinating with every single one of us learning something new. After a very informative lecture, Jack (one of our trainers) offered the students to go on a walk, to which myself, Benno and Chloè happily obliged. We decided to walk to Pel’s pools which is an amazing spot right on our doorstep. We began to track zebra and ended up bumping into the Thembe pride and two big males. This was an incredible experience on foot and a first for me. It is also incredible to know that these magnificent creatures are on our doorstep.

Later on in the week after all the lectures on Amphibians and Fish were done, we began going on practical drives again, which we all enjoy as we are always excited to see what the reserve has to offer. Needless to say, the Toro campus got luckier than expected with our guide Benno. We were following up on lions that were called in on the radio near Kristy’s camp. We were all eager and on the edge of our seats until a flat tyre dampened the spirits.

However because the Thembe pride and the students have an ongoing relationship, where they always seem to surprise us after coffee breaks, we were not surprised to see what was waiting for us LITERALLY around the corner, the Thembe Pride. We are very blessed, as Zander would say.

Earlier on in the week, the students at Toro campus did some reserve work where we had to essentially go and clear the roads. This was the first time many of us had done this and it was actually very enjoyable and the students at Toro work very well together, so it wasn’t long before we were all done and Makalali Private Game Reserve was just that little bit cleaner because of us.

The rest of the drives were enjoyable, especially Zander’s drive, where we heard a lion soft contact calling on the other side of the Makhutswe river which is literally opposite camp. We followed what we presumed to be a very big male lion of the Mpande crossing. After driving quite slowly we managed to pick up his tracks and Jack and Zander sprang into action. The adrenaline started to kick in and the pure thrill of tracking a male lion is not a feeling many can put into words. Unlucky for us the road came to a dead-end and unfortunately, the male lion had disappeared. Andi was deeply upset about the fact that he is still the only one who hasn’t seen a male lion on the reserve.

Later on in the week, the students decided that we needed to do some more identifying of trees and so we set off towards Garonga (which is a part of the reserve we don’t see very much of) to do just that. We took a road near the airstrip just to quickly check for Wild Dog because they had been called in earlier that day but to no avail. The tree identifying was ongoing and we made excellent progress. The one thing all the students here have learnt is that in the bush you will never know everything, it is an ongoing learning experience where you learn from your first day on the job to your very last in the future.

After a long week it was very rewarding to sit around a fire with your new bush family and enjoy the scent of the bush, under a painted African sky, riddled with stars. Nothing quite beats it, and with this group of people at Toro campus, it just makes life a little better.

Week two at Toro campus kicked off with a two-day wilderness first aid course. Role-playing with ...
What is a Game Ranger? What is a Field Guide? What is the difference between a ...
Original photo: “Frog” by Frank Winkler is licensed under CC BY 2.0 BY: Zaytoen Domingo SAVE THE FROGS! is an amphibian ...