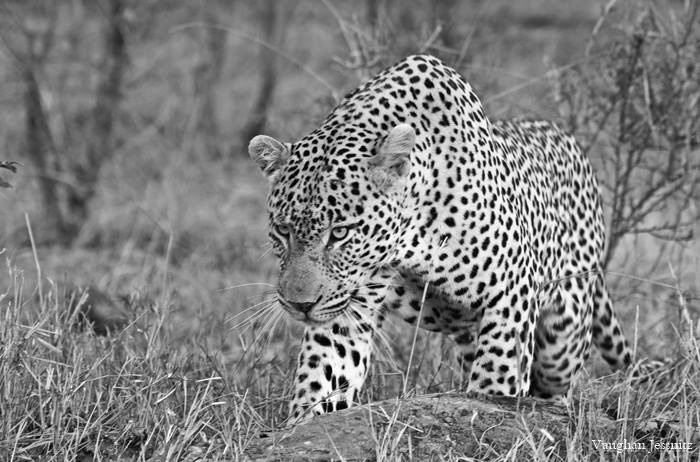 Picking up from the last blog, we get to the next…..

Anton from Manyeleti Game Reserve was a legend… most of our shared stories are not suitable for publication as the two of us together, when left to our own devices in the African Bush, used to amuse ourselves in quite creative ways. From scaring guests with our homemade lion caller (that worked so well it accidentally called in lions which caused a problem for ourselves), to galavanting and exploring the hidden sections of Manyeleti in a short wheelbase Landrover that more often than not broke down.

I’ll share a memory of coming back to the lodge one night and finding Anton looking like a young boy at Christmas “there are leopards mating somewhere nearby!” he exclaimed. So without further ado, we left the guests to their gourmet dinner and proceeded to track these mating leopards into the dead of the night armed only with a handy torch. As we tracked we heard the unmistakable calls of leopards mating and then we found and watched Rulani the big male leopard of the area on foot, with the night heavy around us and felt truly in sync with the Bush and its residents.

Another of our great adventures was a balmy summer’s night when I managed to convince Anton it would be an excellent idea to go searching for frogs after the recent rain.

We headed straight to one of the nearby summer bogs and heard thousands of frogs calling in all directions. Anton had less of an inclination towards the amphibians than I did and stayed on watch duty from the tracker seat with a spotlight whilst I wangled my way knee-deep into the black cotton soil mud with my trusty macro-lens and camera. Sneaking awkwardly from frog to frog, when suddenly I heard Anton, way behind me, yell out “lion!”. As I followed the beam of his spotlight I saw two massive male lions (the Matimba Brothers) sauntering towards us, 40m and closing.

This was hardly ideal, as my avid frogging had taken me at least 50m from the safety of the car. And as luck would have it I was in between Anton and the lions. There was nothing I could do but sit knee-deep in the thick mud, switch off my head torch and watch as the two giant lions walked right past me. I can only assume they were far too regal to come playing in the mud with me and that they shared Anton’s lack of a desire to chase frogs in the dead of night. BY: Lorena Peter Camp manager blogs are written by our current students who each get a ...
BY: Tasneem Johnson-Dollie International Cheetah Day has claimed its spot on 4 December, but what can ...
Lions provide great opportunities to study group behaviour. In this blog, Bushwise student Charlie Beardall shares ...