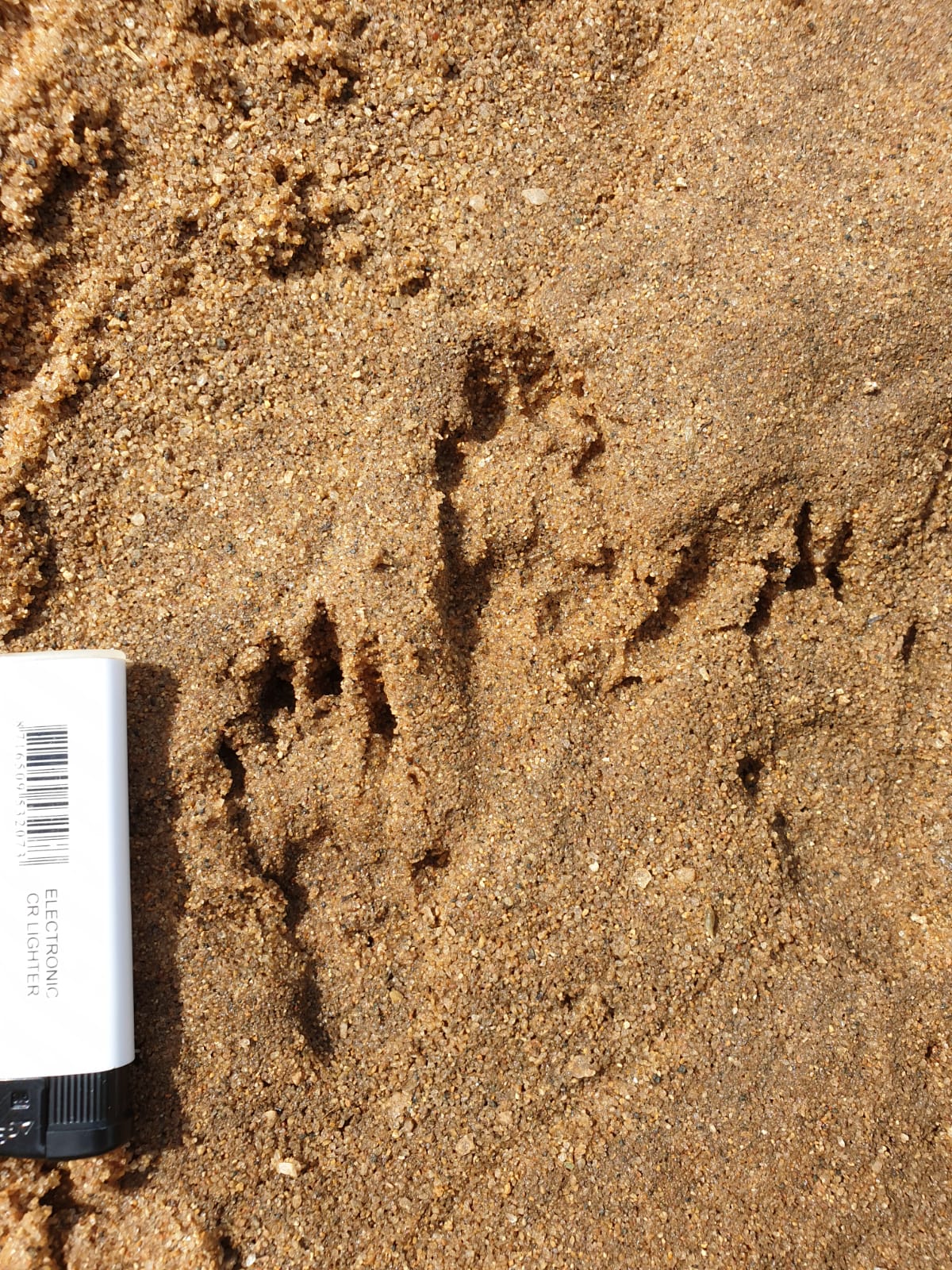 This week, group one and two did two very different but equally important practical training: Rifle handling and Track & Sign.

I was in the Rifle handling group which actually turned out to be a lot of fun despite the serious nature surrounding firearms. We started of by doing three theory exams which had to be passed by at least 80 percent in order for us to move on and do the practical exam. This at first, seemed like a daunting challenge, but we helped each other out and read through the well laid out manuals and before we knew it we had all passed. Although, our instructor Jan did lead us to believe that we had failed and made us run and do push-ups as punishment much to his amusement. We were most relieved and somewhat annoyed by this practical joke but it was all in good fun.

We then moved on to the practical exam where we had to land 20 shots from 12 metres on a A5 piece of paper, which we also all passed. Somewhere along the line it was suggested that a bet be made between some of the guys (myself included) as to who could have the most shots in the centre of the target. So, we each pulled out a R50, some more hesitantly than others, and hoped for the best. I was quite confident with my shots but there were still two who had to shoot and those two happened to be the hunters in the group, needles to say I lost.

We then moved on to rifle handling where our group was split into two, a group per trainer. We ran over some safety rules again and were shown the various exercises we’d have to do in order to achieve our ARH (advanced Rifle Handling) these exercises were timed and we had to be done in a certain manner with some leeway for optimal performance. Constructive criticism was crucial through out this process, we were told what we were doing wrong and how we could improve our times by making some adjustments to body position and technique. This was extremely useful and times were halved in just minutes of being told what to do differently or better. We all left after four sessions over two days with bruised shoulders and slightly less bruised egos. Our ARH assessment is still to come so fingers crossed for that.

The Track and Sign group had a very interrupted week due to very heavy rains which were much appreciated but not all that convenient.

Despite the limited time that had in the field and the less than preferable conditions everyone passed, some with level 1, most with a level 2 and a few obtained their level 3 Track and sign. Congrats to them, now we need to see if we can top their scores.

As you might have guessed from the title of this blog – the start of this ...
Bushwise student Marlene Botha takes us on an adventure in the African bush alongside her fellow ...
About 115 species of frogs and toads can be found in South Africa. Naturally it’s quite ...