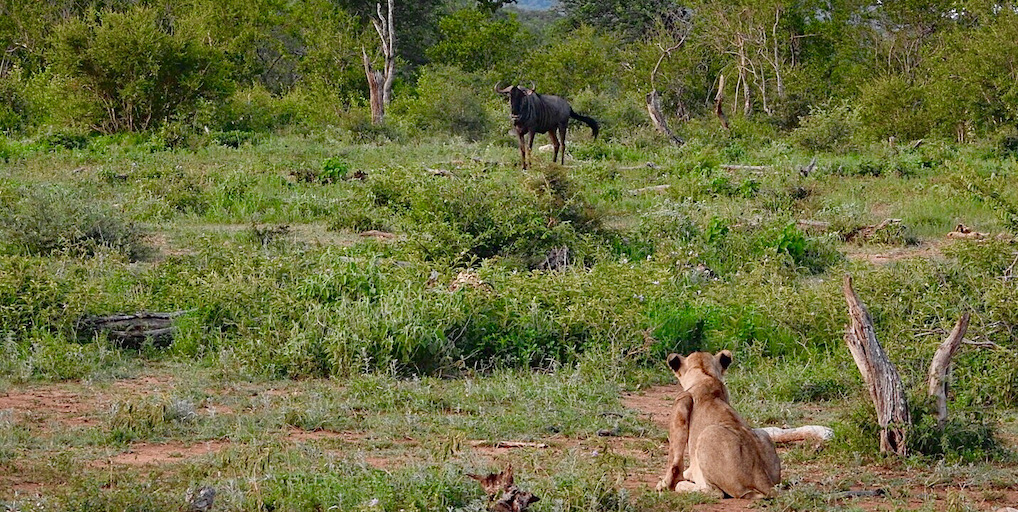 Arrival of the green

Between the one hundred millimeters of rain and the summer heat, I don’t know who has been more excited about the changes in seasons’ the students and trainers on campus or the thousands of animals and organisms who directly benefit from the greenery and overabundance of water.

Once again I have found it an incredible privilege to call the bush my home as well as my “happy place”. Living on campus in the middle of the bush means that we get a front-row seat at seeing the magnificent changes that come with each and every season. Since early December 2019, the bush has started changing from a bare, dry yellow piece of paradise which we enjoy just as much, to a warm, green, humid forest making conditions favourable to many inhabitants who struggle during the colder winter months.

January has not only been the return of our summer rains allowing the bush to become an almost impenetrable wall of green but along with it has come so much more. To many people from the city it might seem that it is the season for insects and sweating but to nature lovers and field guides alike it is the months of little sleep and lots of research. With more than one hundred returning migrant bird species coming from far and wide to either breed or feast on the billions of insects which have returned to make the most of summer while attempting to escape the thousands of frogs freshly active after a state of hibernation, field guides get very little rest.

Over the last few months Mahlahla Campus has become a paradise of green and a single day just simply doesn’t have enough time. Since the rains, the campus dam has filled and frogs can be heard throughout the night from all corners of the property. When students and trainers aren’t busy with lectures or out on drives, we`re often busy identifying all the weird and wonderful insects, amphibians, and arachnids that can currently be found on campus. I am fairly new to the world of butterflies and have loved learning about all the different families and what caterpillars turn into which butterfly or moth. The challenge of identifying one of over 660 species of butterflies found throughout South Africa is no easy feat. t’s amazing to learn which butterflies are responsible for pollinating which wildflowers and other vegetation. The thousands of wildflowers have painted the bushveld floor and their bright colours have made them impossible to miss.

Living an outdoor life is like moving between four homes in a single year and there is no greater excitement than seeing what the new season might bring. The overabundance of both food and water have made life easy for the time being, but winter will bring its own challenges and along with that change, arise specific individuals that will dominate the season. Each season is special in a unique way and there is not a single thing I would ever wish to see different.

BY: Edward Smith, Bushwise Trainer What are the differences between a game ranger and a field ...
Having trained and worked as guides within the Lodge industry, our current trainers have built a ...
The 3rd week at Toro campus started off rather hectic! We wrote our exams on botany ...