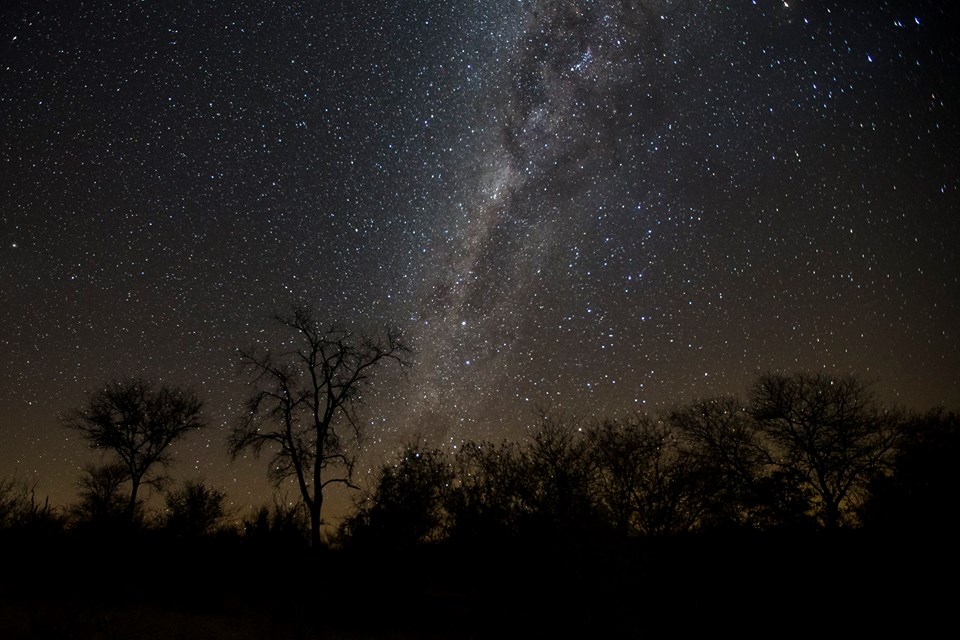 Another Night Under the Stars

A highlight each Semester is a sleepout under the stars. It is quite a surreal experience to let yourself be completely vulnerable in Big 5 territory with nothing but a sleeping bag over you and the stars above you. Complete trust is needed with the fellow students taking watch during the night, rotating every few hours. Armed with a spotlight and a rifle by their side, the trainers accompany each group of students standing watch.

Now, Semester 3 under way. it was time for the our sleepout. We headed out on for your sleepout adventure and what a sleepout it was. On arriving at the designated spot on Makalali Game Reserve, the gang got busy setting up camp and collecting firewood. After everyone had settled in, the braai-masters (Sean and Stefan) assumed their usual roles, taking charge of our meal.

Ellie pulled out her camera and tripod and took some very creative and awesome photos, making a few of us try and spell backwards with a torch. Not long after that, the dreaded cap, which is used to decide who gets which shift throughout the night, came out. Thus, determining how much sleep everyone would get. I unfortunately drew the watch time of 01:30 till 03:00 in the morning.

The next morning all the stories came out about the excitement that happened before and after my shift. While the others heard the alarm call of a leopard and witnessed a very curious spotted hyena snooping around the outskirts of the camp, I was thoroughly entertained by two duikers who were very cautiously drinking water. Later finding out that the hyena had given Xavier a fright as it walked straight past him while he was on watch. Stefan and Paige also experienced a close encounter with the same hyena.

The next morning everyone slowly crawled out of their sleeping bags and camp clear up began. Gina and I, although exhausted, were ready to take our respective groups on a drive, making our way home.

Can’t wait for the next one! BY: Alex Walker, Bushwise student 2020 I never grew up on a farm or around bush ...
After a busy last week with tracking, this last week has been a bit more relaxing ...
BY: Oliver Harvey, Bushwise Student 2020 Week four has come and gone already and what an ...