As the excited interns arrived for the start of the Hospitality internship the heavens opened in Limpopo Province.  Our multinational group had to be pushed up the slippery road and were greeted with bedraggled and slightly ruffled trainers. In a matter of a few hours before their arrival, the sheer volume of rain that fell, had drowned a Bushwise vehicle, flooded all the drainage lines and cut us off from the training base and stranded half the staff of one side of the rivers and a few, luckily on the ‘drier’ side with the interns. Like in so many situations when working in the bush, we had to think on our feet and make a spontaneous ‘Plan B’ until the water had subsided enough to get to the training camp.

We stayed at Mahlahla Game Lodge for the first few days while the trainer Ryan, familiarised the group with the course plan, got though all the paperwork and the all important first aid course. The change of plan, was a blessing in disguised as the impromptu training base actually was a perfect environment for the interns to experience first hand a working lodge in Africa and is now a venue that we plan to use in future courses.

After a team meeting we all decided to brave the conditions and attempt to get across to the training campus on the Makalali Game Reserve…. The intrepid interns and staff slipped and slid across the reserve having to detour washed away roads and broken dams not to mention a few animals. After a few rather ‘hairy’ 4 X 4 negotiations they made it to the training base and started to settle in for the rest of the course. 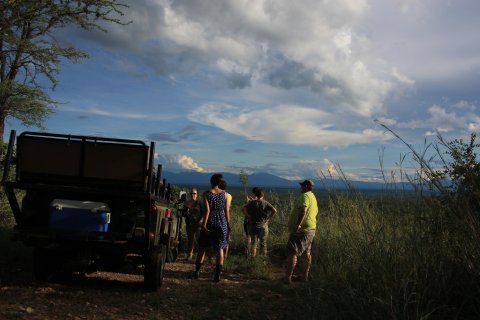 On day 3, Conraad, one of our FGASA trainers from the Bushwise Field Guide campus, joined the training team to impart his knowledge and skills to the Hospitality interns to give them an introduction to the wildlife they will come to know in the lodges. His first lecture on ‘potentially dangerous critters’ was received with slight horror with the realisation that creatures like snakes and scorpions may be the interns new neighbours! The structure of the week was informal lectures orientating the interns to the life they will need to adapt to in the lodge, broken up with game drives and bush knowledge. We started by giving the interns a background to South Africa’s fascinating history and culture and then launched into familiarizing them to the Game lodge industry in South Africa and what to expect in the work place.

Role playing ‘typical’ guest complaints was received with a few laughs as interns had to ‘sort out’ scenarios like ‘the monkey stole my camera!’, ‘there is a snake in my shower!’ and ‘I missed my game drive as a lion was outside my room!’. Most mornings and afternoons the interns were taken on a drive or bush activity to learn and experience the bush first hand, learn mammal behaviour some basic bush knowledge that they might need in the lodge. During these activities the interns experienced the wonders of nature and some spectacular wildlife sightings, including many sighting of elephant herds, unusual sightings like lions mating, not to mention the honour watching lions on a kill! 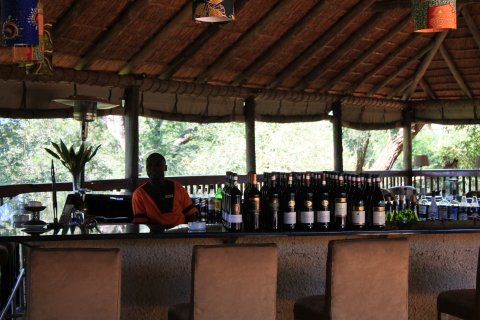 Although the conditions made exiting the reserve an adventure in itself, we just managed to get to our planned trips. These included visits to the 5 star Karongwe Portfolio and Garonga lodges for very informative and enlightening experience to see how things worked behind the scenes, and chatting to staff and managers. On another day we took a trip to Khamai reptile park for the all important reptile orientation course, as snakes are regular visitors to the lodges and something inevitably every intern will come across! After an educational morning learning about our scaled friends, we continued on to Hoedspruit for a South African wine tasting tour with the local wine expert at the Safari Wine Club, which was enjoyed by all. That was not the end of our tours as we organised a totally different full day trip into the world famous Kruger National Park for the day.

Many guest will be including this natural heritage site on their holiday itinerary, so not only was it an enjoyable outing for all but it enabled the interns to be knowledgeable about the area and the experience Kruger offers tourists, to inform guests in their lodge. While we were there we were lucky enough to have the opportunity to have a guided tour behind the scenes in the hospitality departments of the Letaba rest camp, as a comparison to the other private lodges we had previously visited.

As the orientation course drew to the end, the ‘finale’ was for the interns to organise and run a bush banquet and host guests one evening. So after many workshops and planning meetings the team got set to work on the last day – cooking and planning the logistics for the evening event. The staff also had their hands full trying to organise the equipment needed for the banquet, as the conditions played a hand in the logistical nightmare trying to get glasses and crockery safely over the bumpy 45 minute 4×4 detour route to and from the camp. However I commend the interns in pulling it all together under the circumstances and delivering a really professional and enjoyable evening. We all enjoyed the ambience at the end of the evening around the fire while the lions roared in the distance. 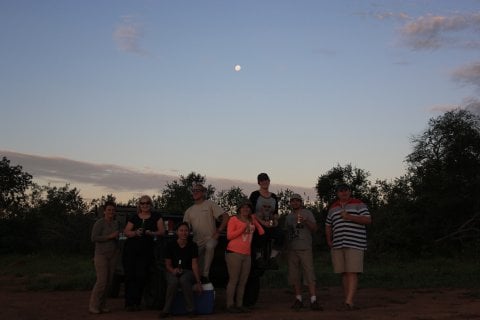 So after a busy and eventful two weeks the interns were ready and eager for their next adventure and they all headed off to different provinces to start their internships. Some were in lodges in the area so were dropped off by Bushwise staff, while others still had quite a journey on buses and shuttles. We hope that the experiences and information they gleaned on the course will help them to settle into the environment and that their placements will be a great success.

Sophie and The Bushwise Team

What is a Trials guide? ‘The FGASA Apprentice Trails Guide is an individual who is in ...
This week saw us focussing on birds - a very important aspect of the guiding world, ...
Third week done and dusted for the students of Bushwise and what a week it has ...